Now that I’m into the third trimester, all I want is a good foot rub, some ice cream, a pot of money (where does it all go?), and to meet this kid already. Not because I’m uncomfortable, but because I wanna see what she looks like! It’s the one thing I can’t wrap my head around. This marks week 28, and according to my baby app – which I have solely for the purpose for knowing how big she is on a given day – she is the size of a big eggplant.

Check out the first pregnancy update if you’re playing catch-up. 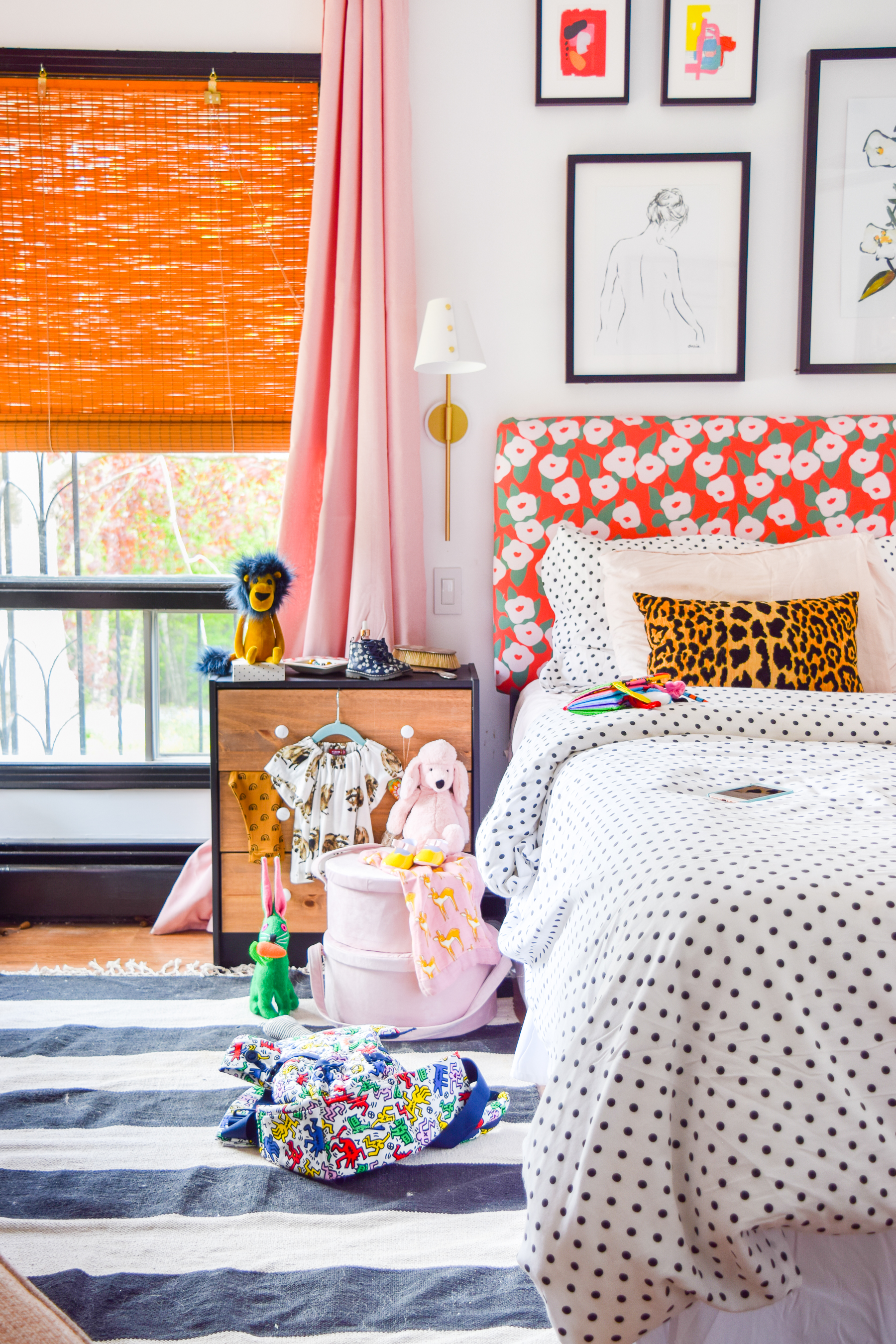 How did the second trimester go? Pretty well! I was (and still am) full of energy, seemingly from the day I hit week 13. I started it with a trip to San Miguel de Allende, Mexico with my mother, and then came back to start back to back to back renovations. It then ended with a trip to Toronto for a baby shower, and to show off the bump.

I have been craving lots and lots of carbs, anything lemon flavoured, vanilla lattes, and breakfast cereal – which is super weird after having been KETO for a year. I can’t wait to go back to it once I’m able to. I don’t enjoy being driven by food like a bloodhound with money and the urge to snack on highly processed foods.

In terms of renovations, we transformed my home office (soon to be nursery), started & completed the retro glam kitchen renovations, I started the dining room (which I’ll be revealing soon), and have got the backyard in the works.

Read up on how I’m staying sane during all our renovations. 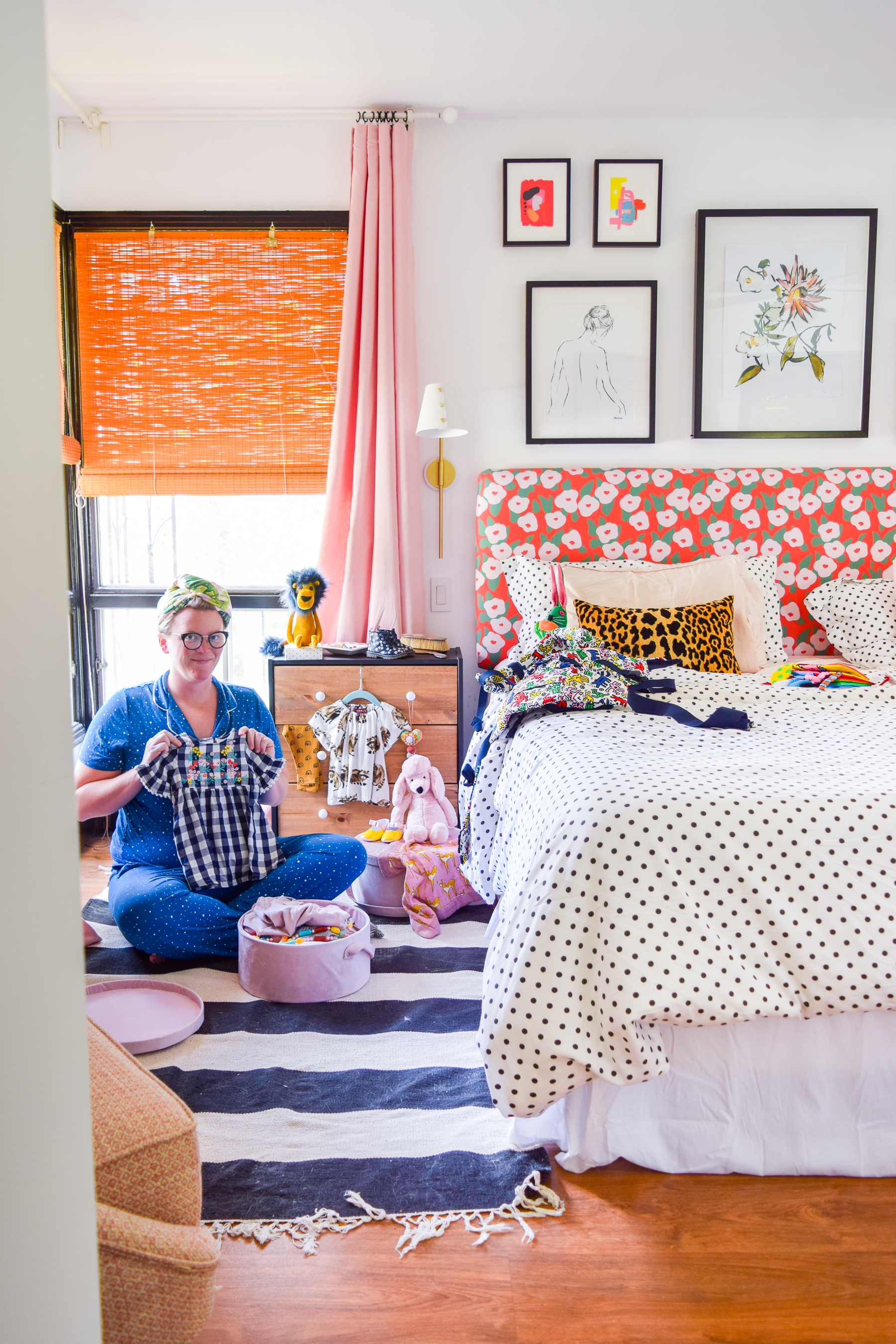 We also found out we’re having a girl! It has made shopping for her, and creating registries around her, so much easier. Not to say you can’t do that without knowing, or that it would be that much different if we were having a boy, but I was dying to know if I could add dresses and cute little shoes. 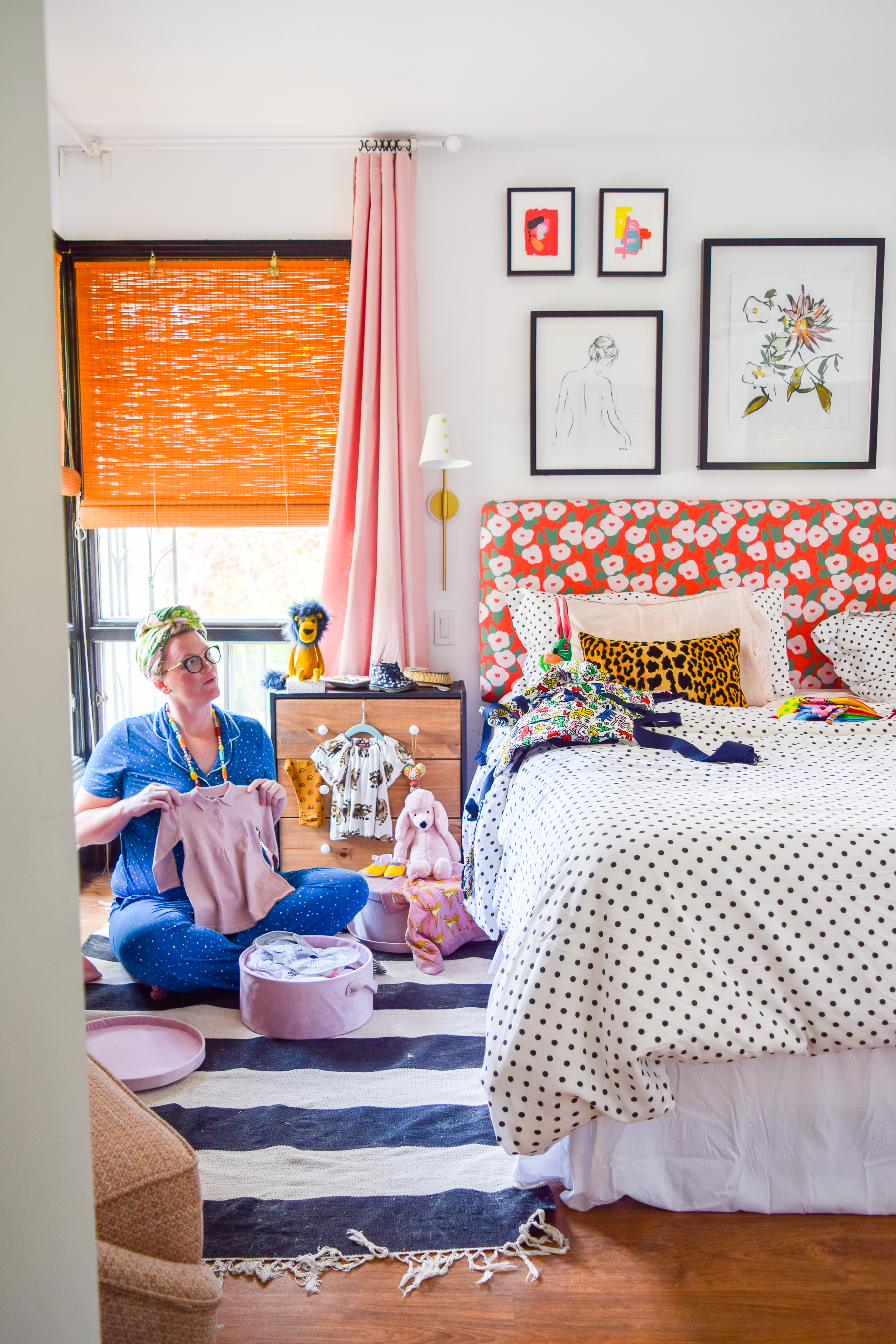 All the baby gear these days seems to be highly gendered (unless you want just black and white), so knowing either way was a relief, because ain’t no way this kid was gonna have a monochrome wardrobe. 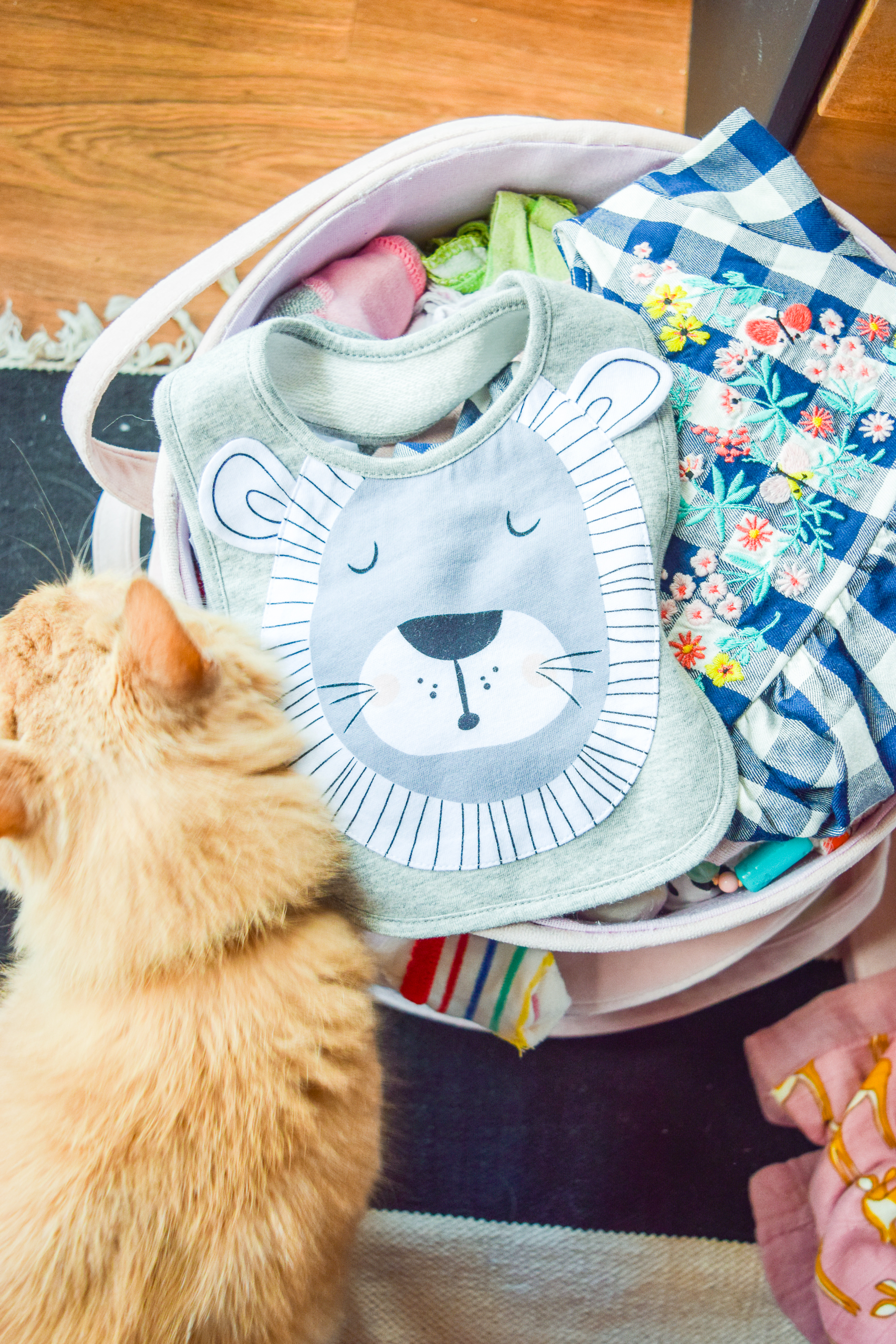 Once we announced the date of our showers (one here and one in Toronto with family), we also released two registries to friends and families. Since we’re the first to have a kid on my side, and the second on Dan’s side (literally by 3 months), there are no major hand-me-downs to speak of so we’re starting from scratch. We made one with West Coast Kids, and one with Amazon. They both have very different price points, and had very different items. I’ll have a post about them soon.

Check out my plans for a Derby Themed Baby Shower

Things started arriving almost immediately (gotta love online registries that are set-up for delivery!), so we’ve been playing around with all the toys, books, and gear. You can check out what’s on part of my West Coast Kids registry in my IG highlight from last Friday’s shopping trip. 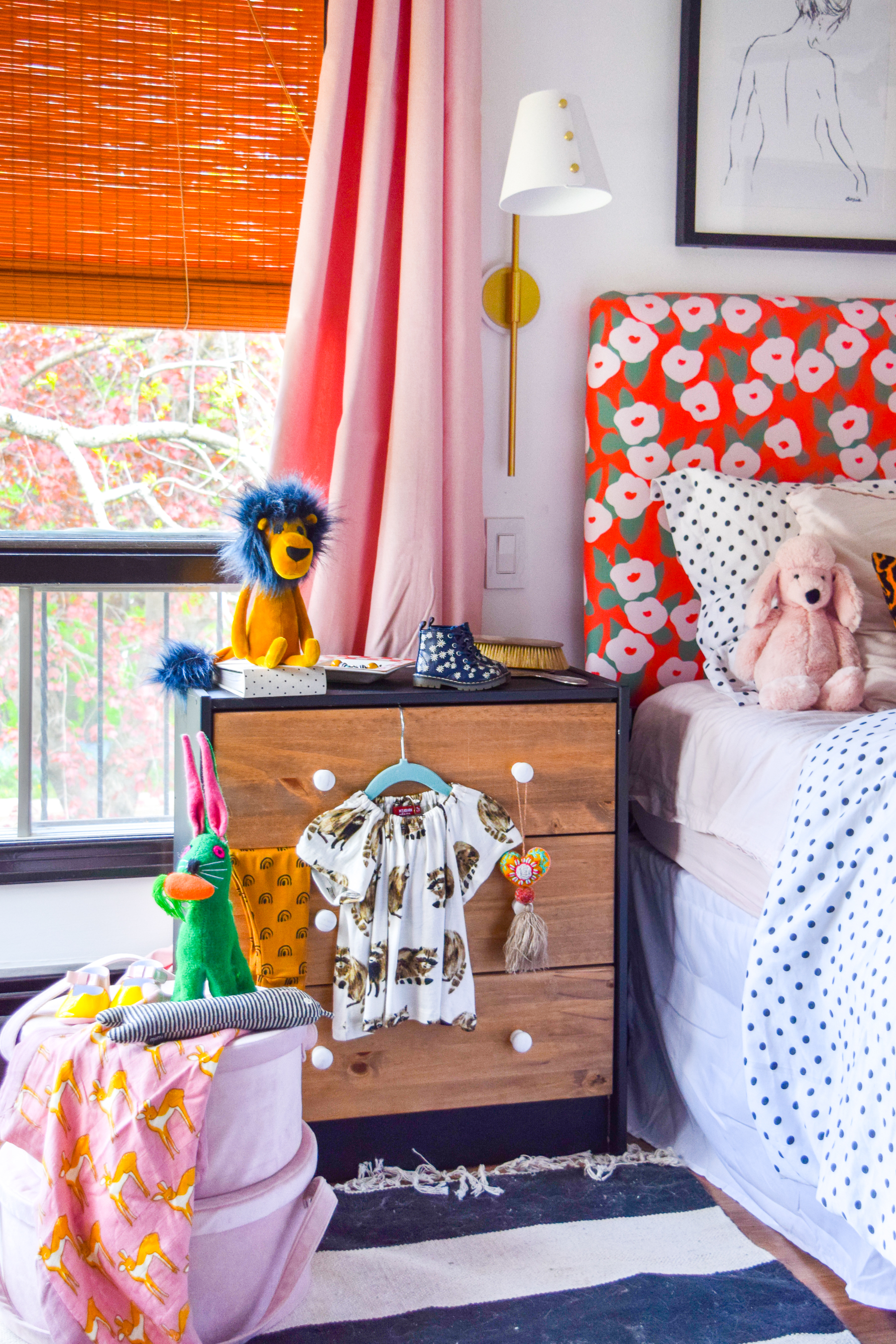 While we’ve got tons of silly and non-essential things, we’ve also received some must-haves like a baby carrier. Of course, I chose one with an exclusive print, of which there was only one left in the country. Between West Coast Kids & my mom, they tracked it down and got it to me!

I’ve been testing it out with the cat, and so far he doesn’t seem to mind. Bruce is very jealous though. Speaking of which, we’re looking into a dog walker for him this fall so that he doesn’t feel left out once baby girl arrives. 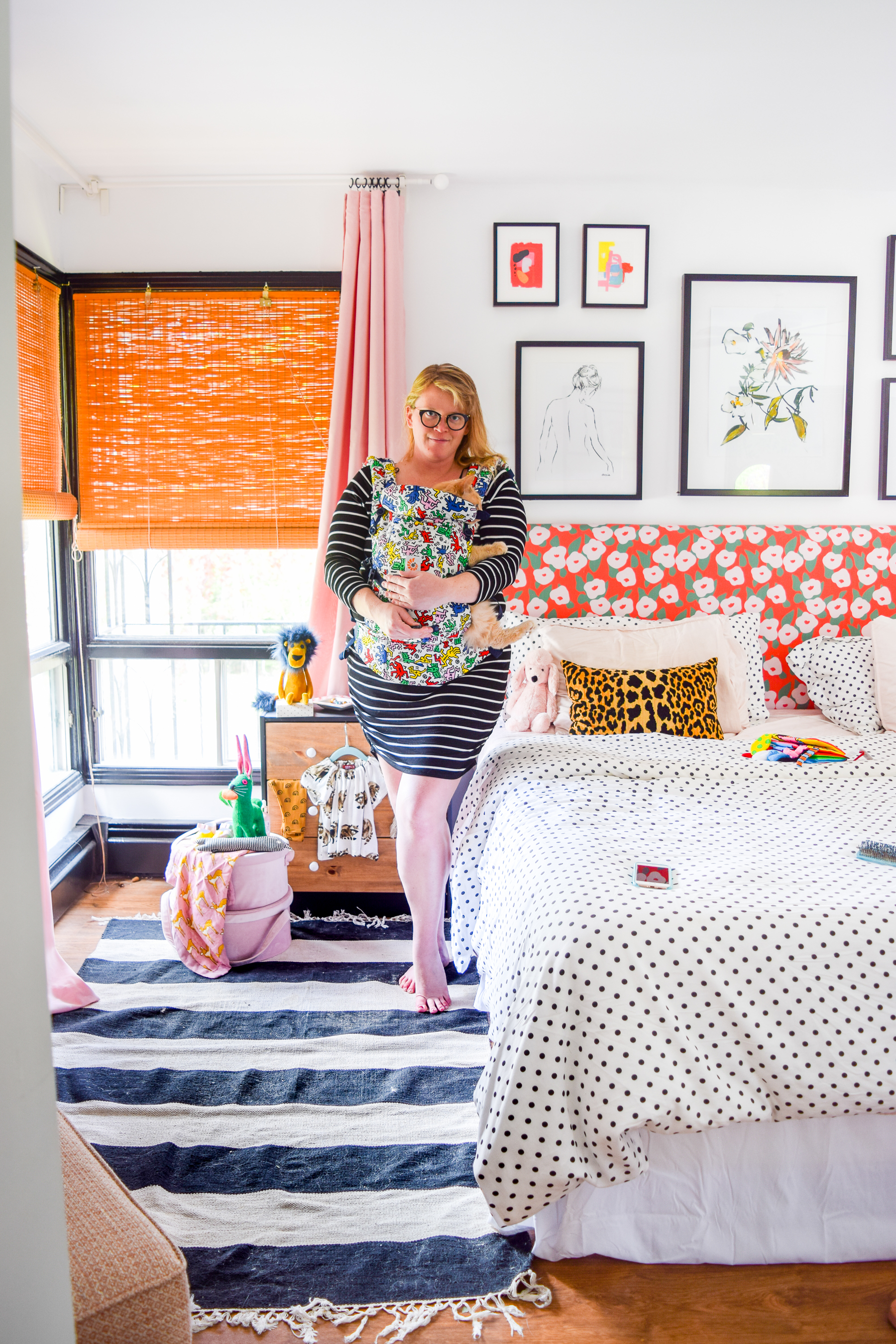 Now that we’re in the last few months, it’s about time we start planning her nursery! While you can be sure that she’ll be in our room until she’s sleep trained (which hopefully doesn’t take forever), we still want to get that space complete while I have some energy.

Uncommon finds for an uncommon baby

A while ago I shared some nursery themes on Instagram, including my fave so far – a Circus theme – and I was a little surprised by the blowback I got. While I’m not advocating for the imprisonment and forced performance of animals, I did think it would be a cute way to integrate all kinds of animals and bold colours in a whimsical way. I had no plans for cages, or bars, or whips and sad animals. 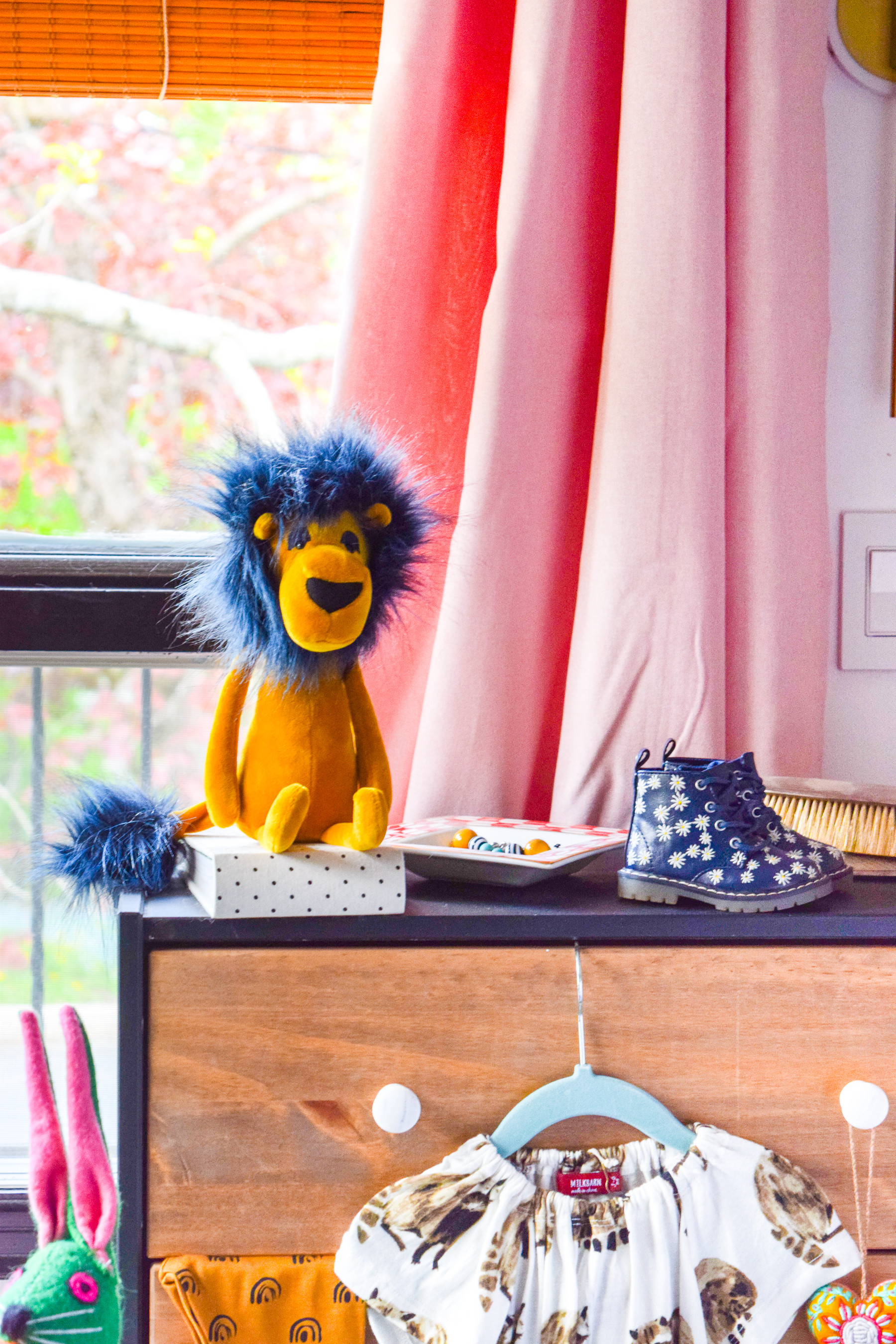 While some people had some valid points about the theme as a whole, I did not appreciate the overall tone of the response I got. I share these things with you guys because I like letting you guys into my life and sharing the process, but I’m only interested in doing so as long as people remain civil. 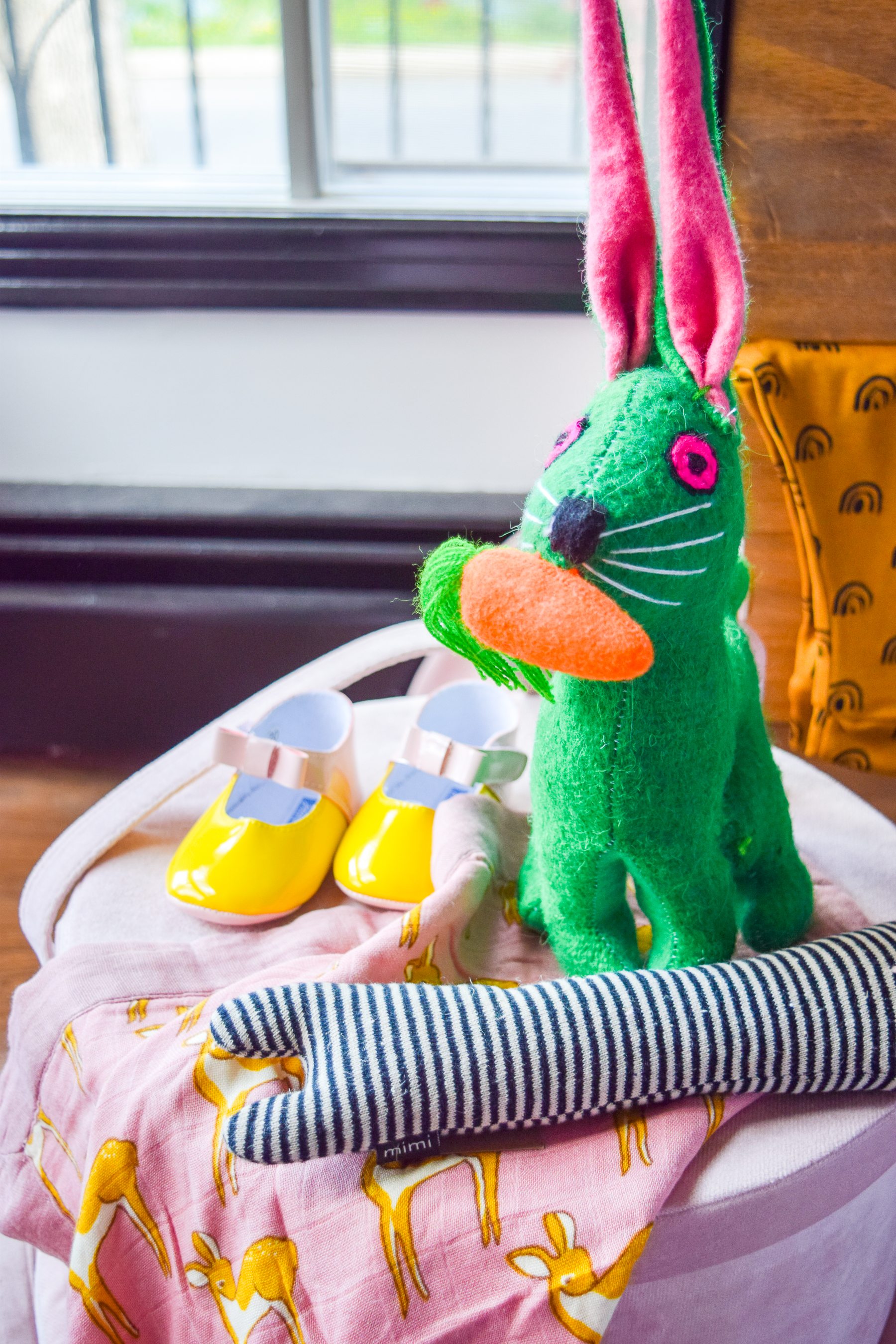 Working with our Doulas

We’ll be working with a team of doulas as part of my birth plan, and so far I’ve felt supported and understood throughout the process. I feel so much better going into the home stretch knowing that I’ve got them and Dan in my corner. 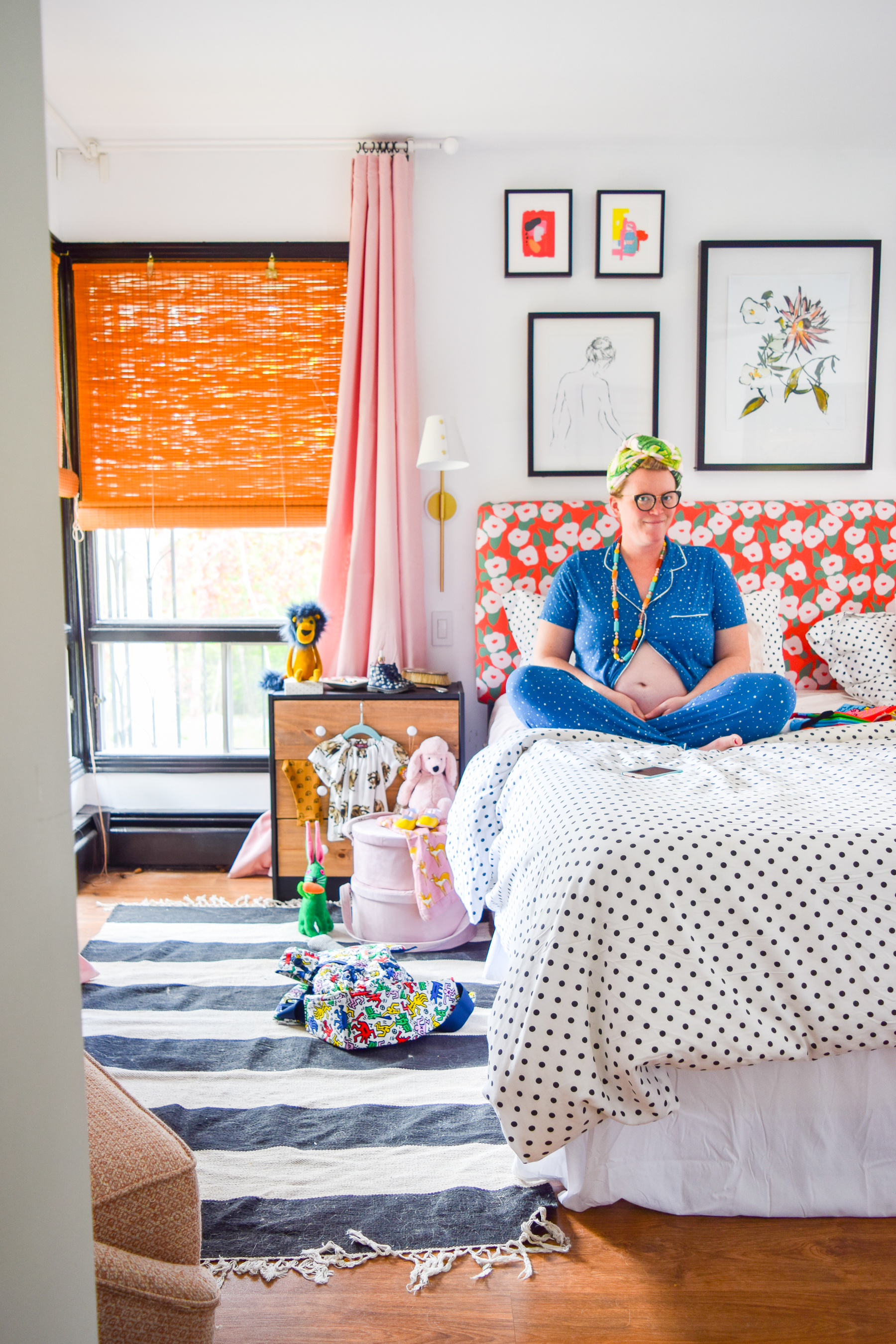 I plan on having Dan fan me with giant palm fronds when the hot flashes start, but we’ll see how that goes in a potentially busy hospital. They recommend that the husbands (or partners) bring a swimsuit so that they can get in the shower or tub with you, during labour, so things like that are nice to know ahead of time. He’ll look fab, I may look like a bloated beached whale, but at least I’ll be his. 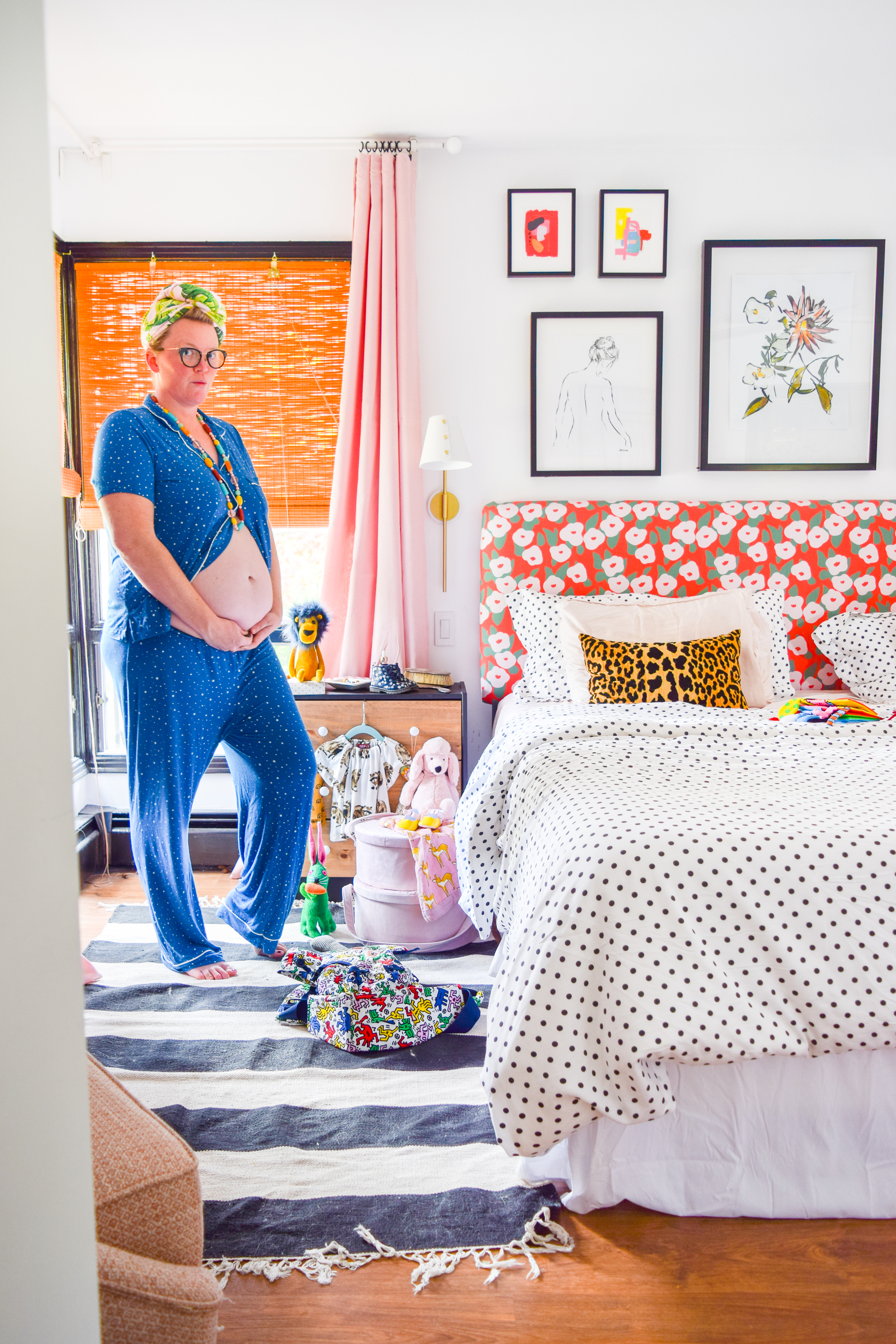 I haven’t packed my bag for the hospital yet, but that’s definitely on my July list of things to do. These big comfy PJs will be coming with me, along with a coterie of adorable outfits to bring her home in. Let me have my fun people!

OH! and we’ve gotta get the car seat installed this summer too. All in good time.

What I want in the third trimester

While I’m not sure I get a wish list, I do have a few things left to do on my never-ending list before she gets here, and these are the ones worth mentioning:

What was on/ or would be on, your third trimester wish list?