With JB at home, I’ve been enjoying a bit of a slower pace…or at least trying to. So when I was thinking of having some gal pals over for tea, I wanted to put a fresh spin on tea time! And then it hit me: whiskey and tea time, with the help of a little Southern Cream is just what the doctor ordered. 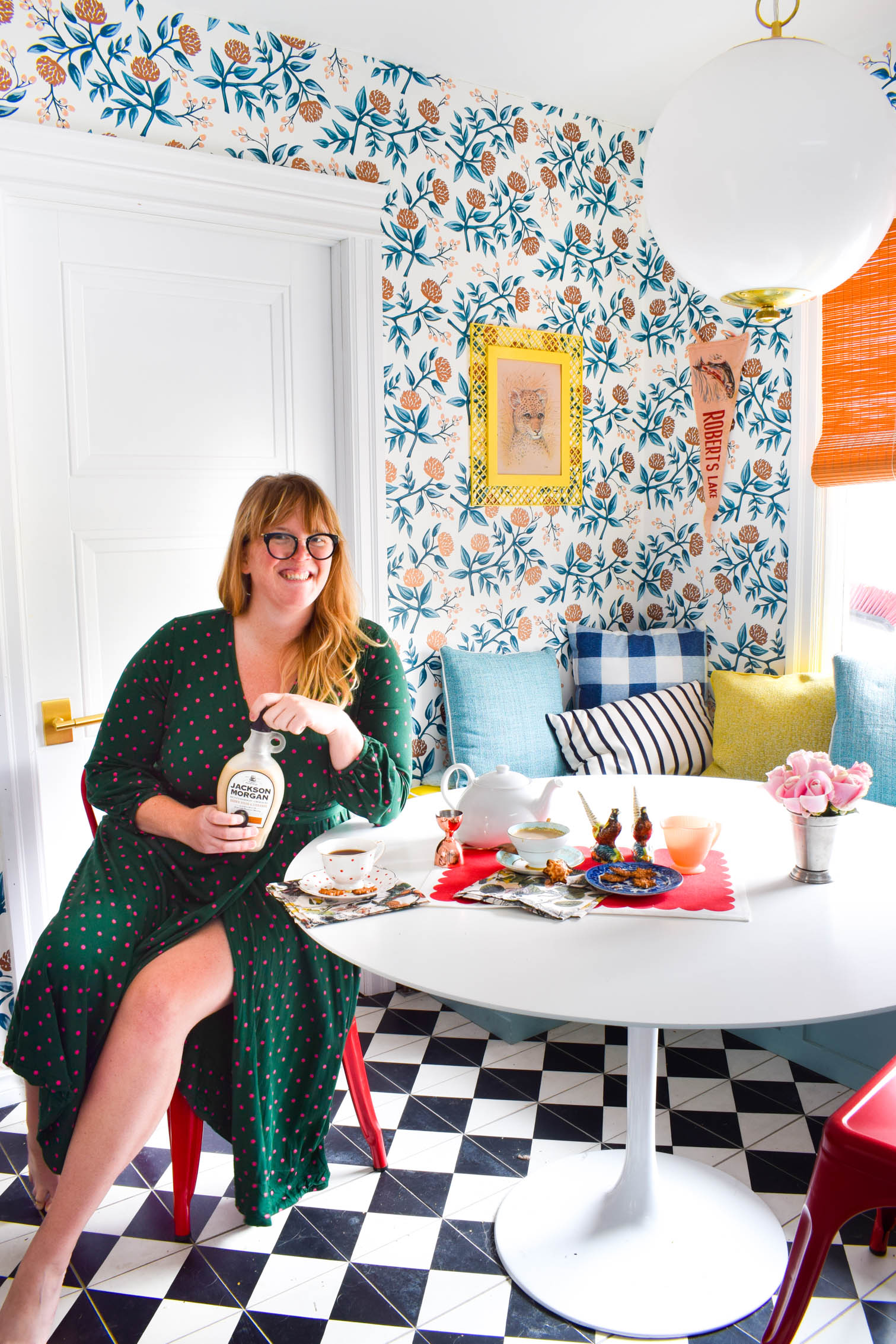 Sure, I could make whipped orange southern cream ice cream to serve, or boozy pumpkin spice pudding, or even another coffee cocktail! BUT, I’ve got an adorable collection of tea cups (which I rarely show on the blog), so I wanted an occasion to use them. 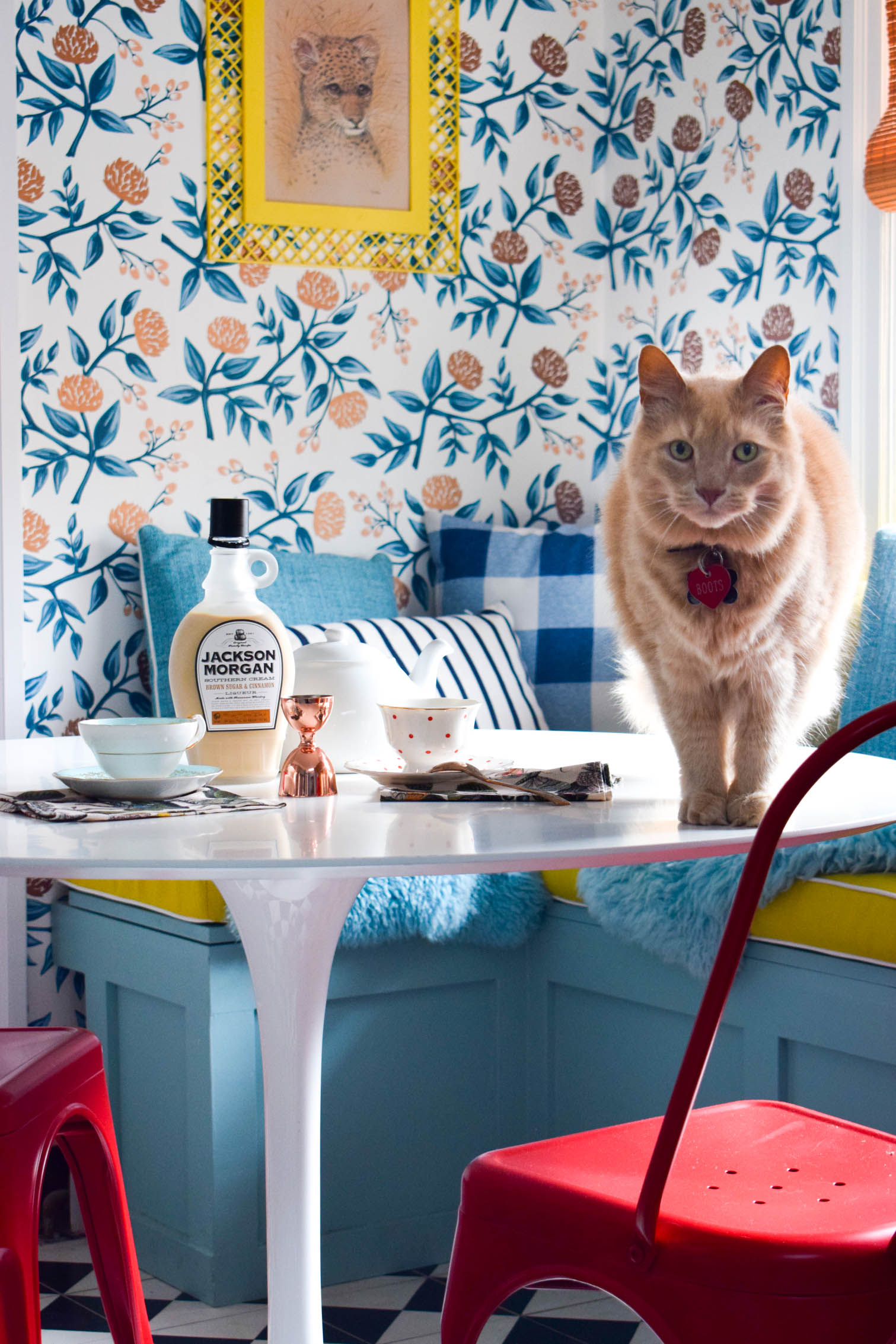 My gran actually used to do tea time. Every day at 4:30pm she sat down with a cup of tea and biscuit, to sit and chat. Whenever I was visiting, I got treated to a cup and good conversation.

As much as I love the nitro dose of energy that coffee gives me, I think I might try instituting tea time traditions with JB, as a way of capping off the day together (even if she screams and flails at me), and later as a way of connecting when she gets home from school. 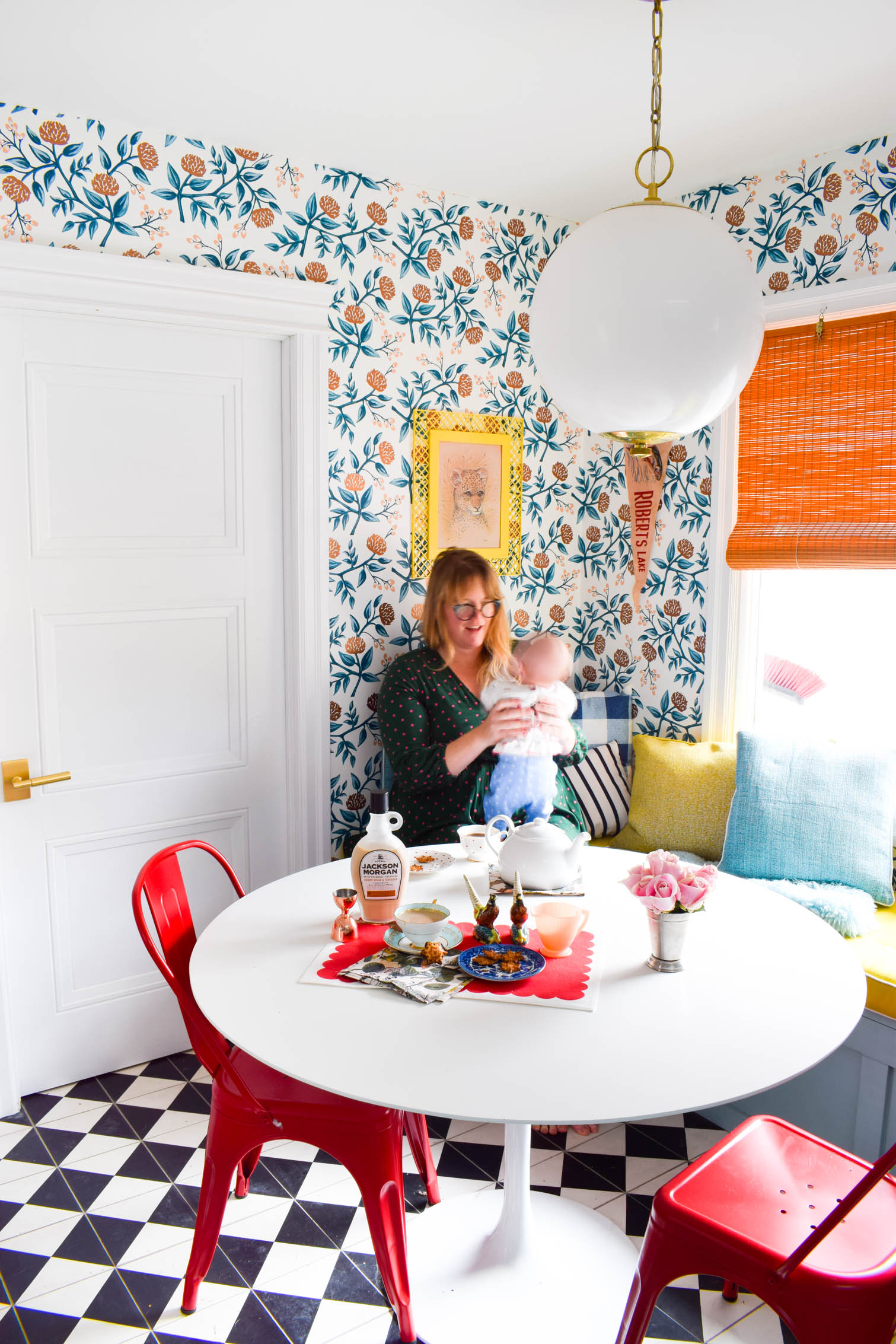 But first, let’s talk about what I’ve got on offer for this whiskey and tea time shindig.

Instead of buying cookies (which I would eat a million of), I wanted to try making a delicate and flaky biscuit that could rest on the rim of the cup, or be dipped for extra flavour.

Using a regular sugar cookie dough, I then rolled and stamped the dough using a snowflake cutter. 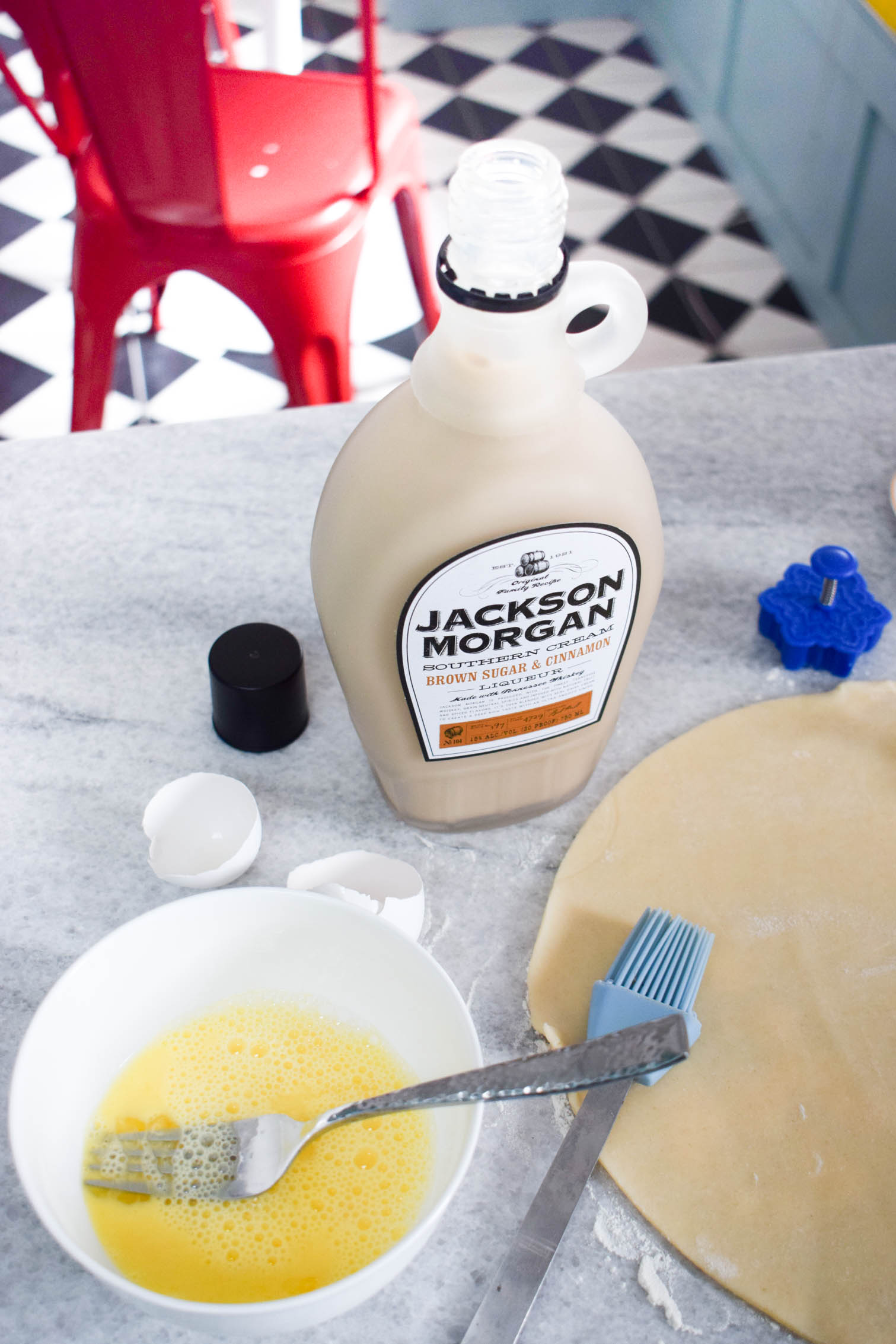 Before popping them in the oven to bake, I basted them with an egg wash with a healthy splash of Jackson Morgan’s Brown Sugar & Cinnamon cream, and finished with a sprinkling of cinnamon for extra flavour. 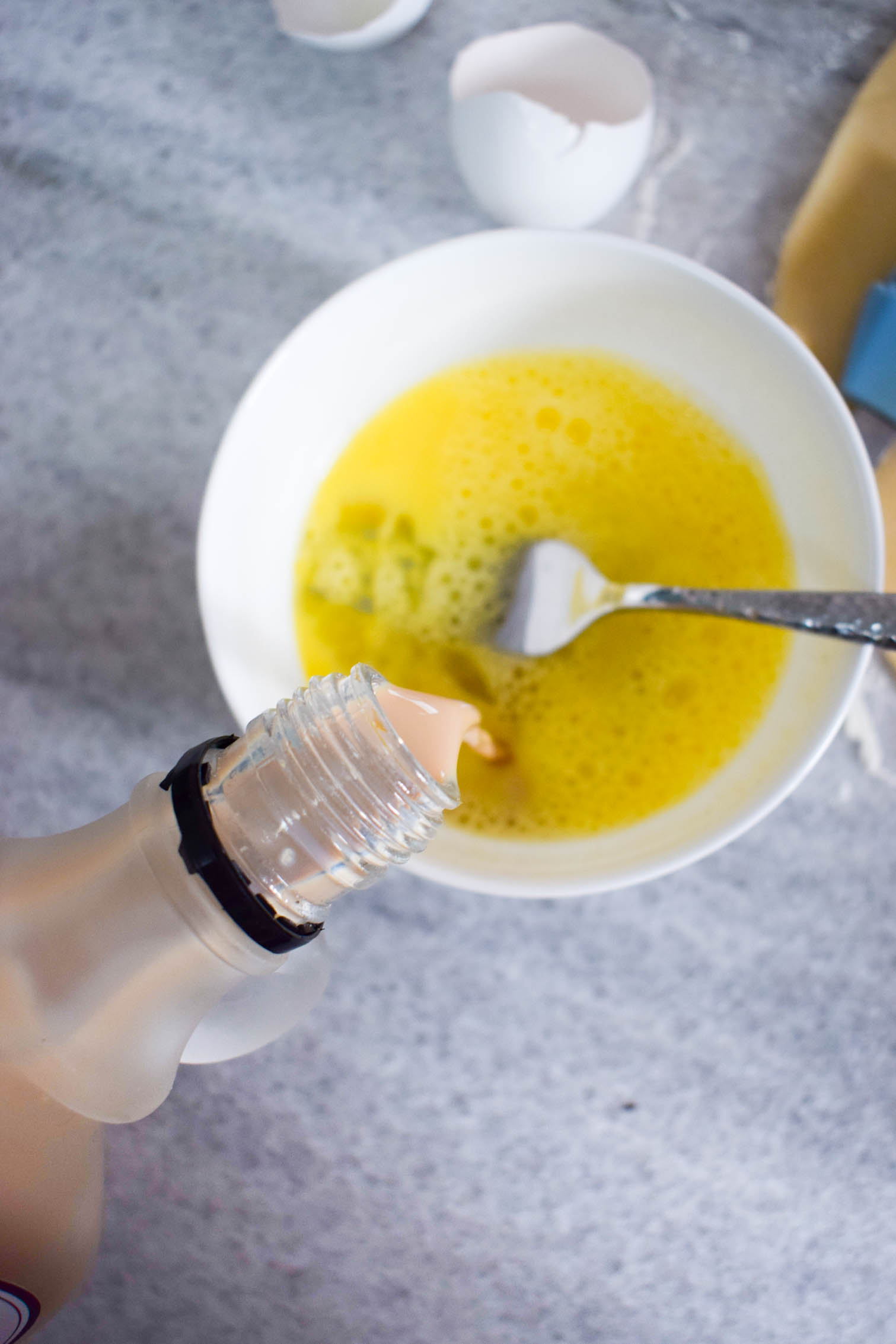 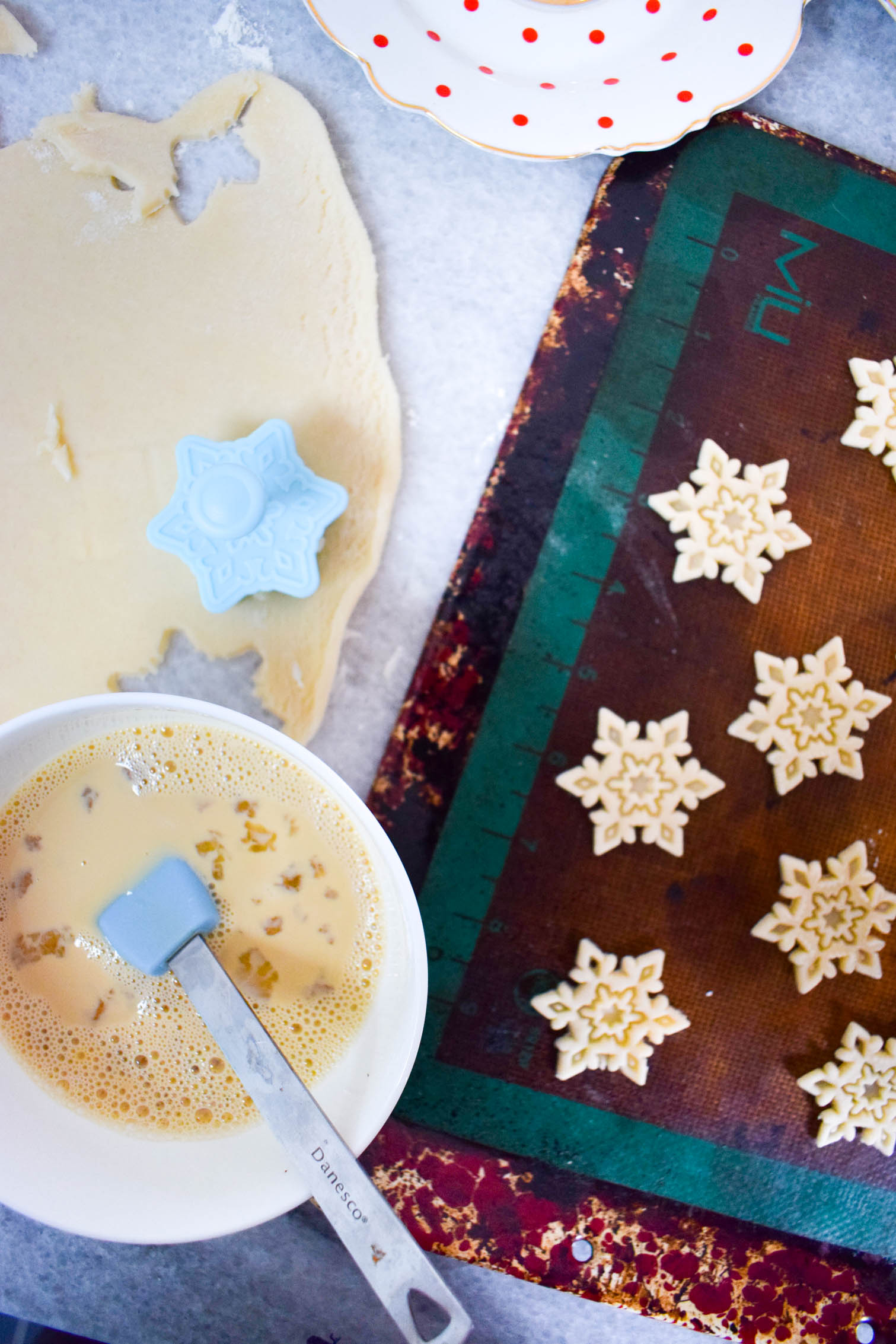 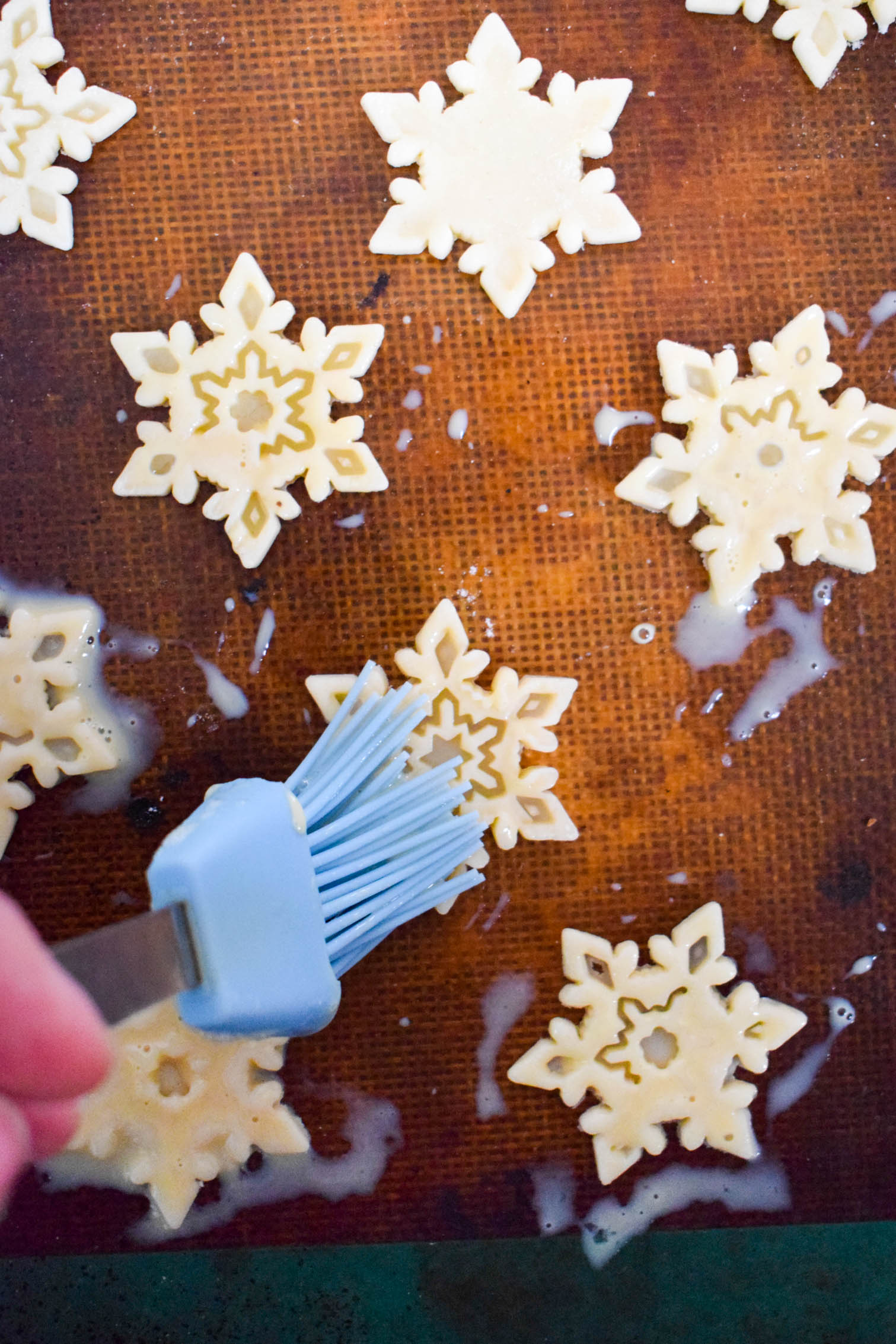 Once they were done baking, I set them on a dish for those who might want one. They plate beautifully, and are a delightful addition to whiskey and tea time. 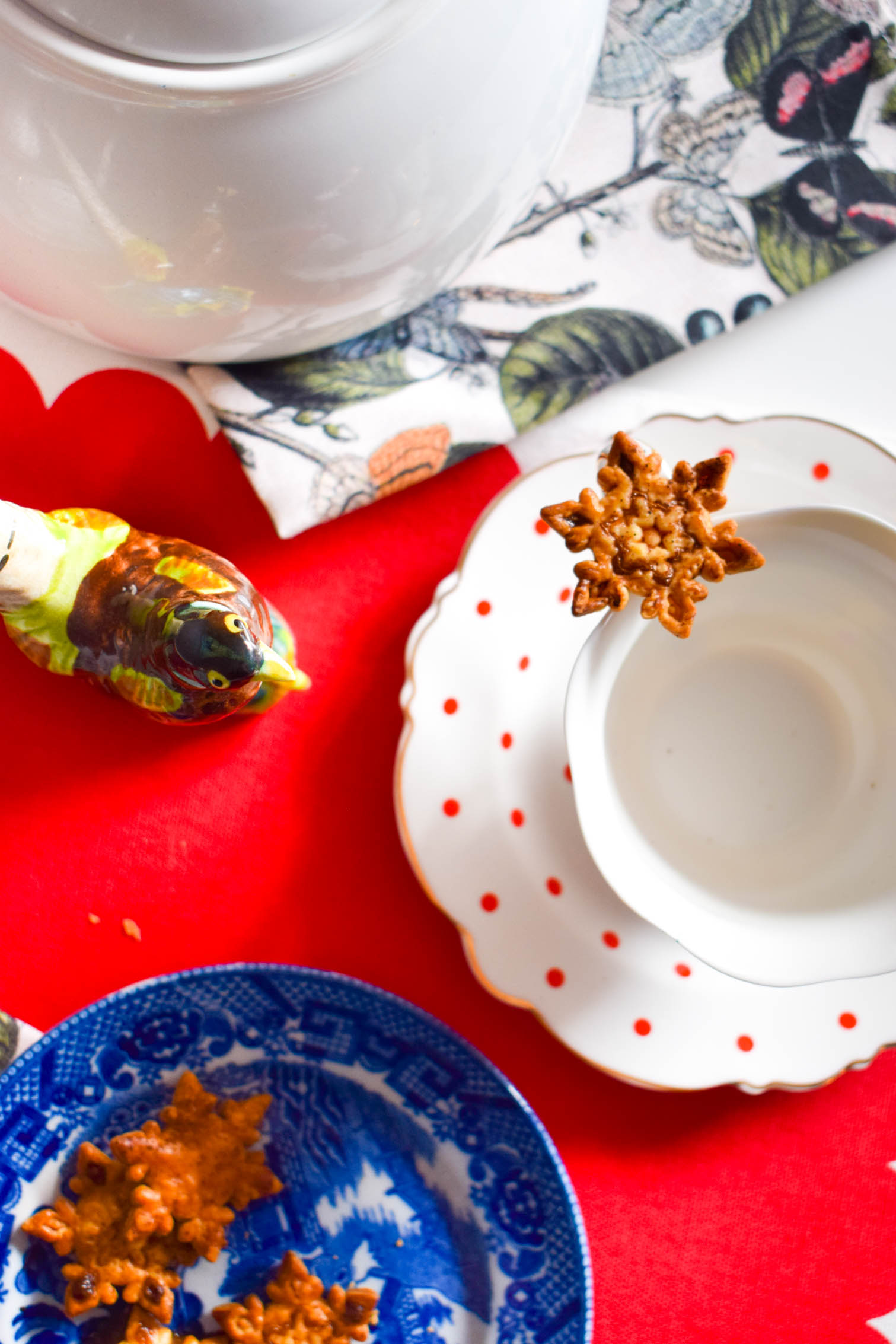 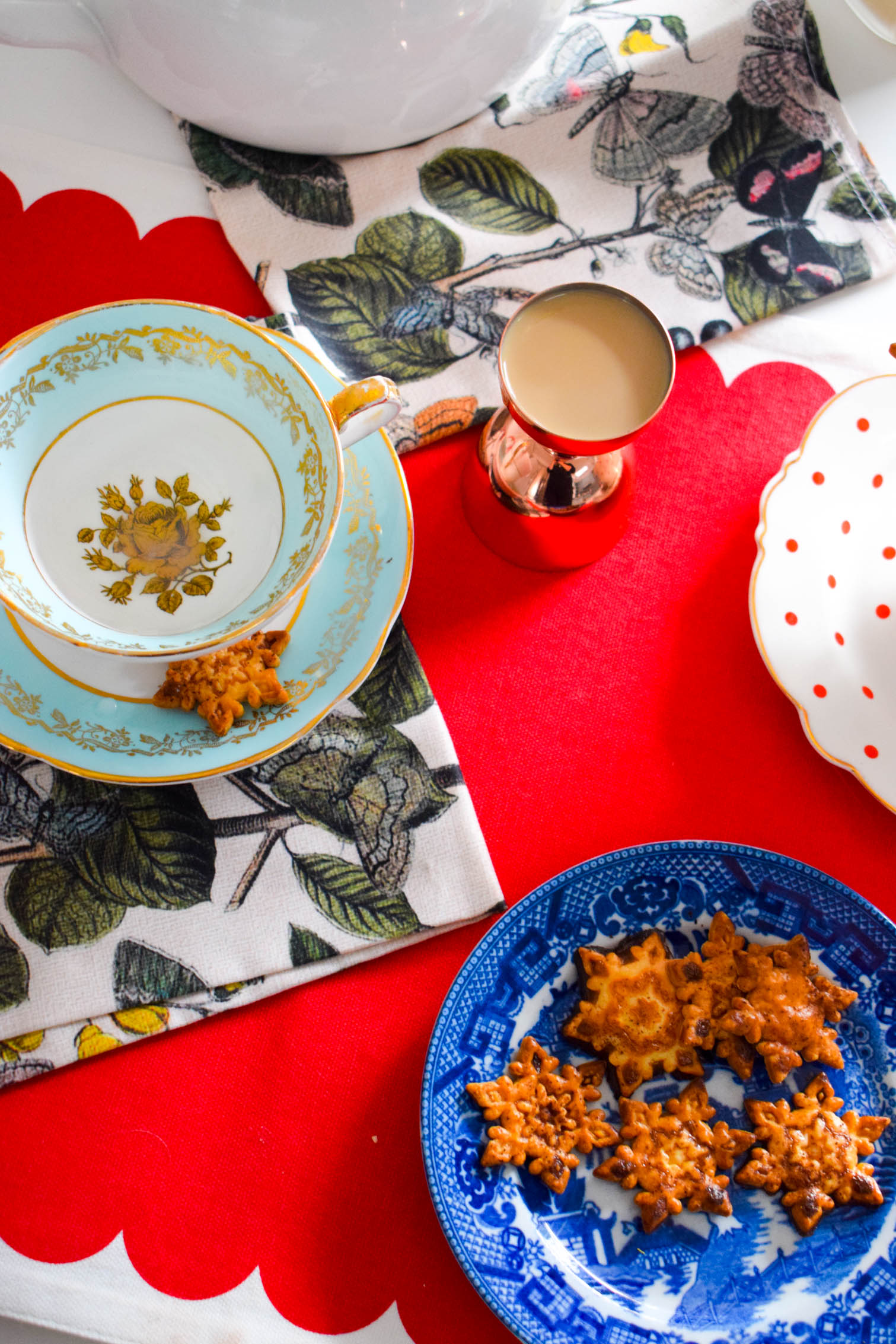 The genius of Jackson Morgan Southern Cream is that it’s a blend of two easy to incorporate ingredients: cream and whiskey. You can work both into almost anything tasty, and sometimes you don’t need much more to make something special. 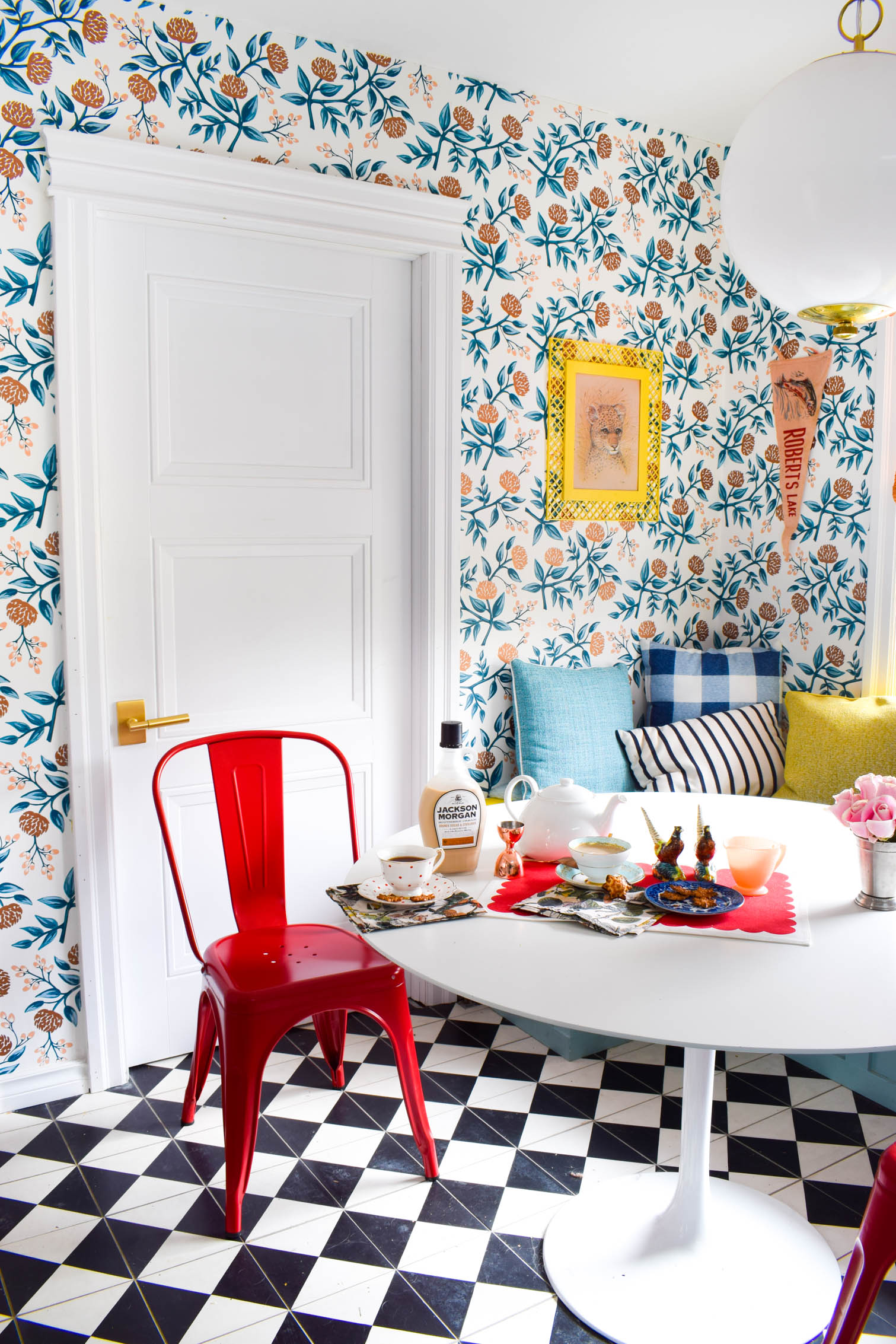 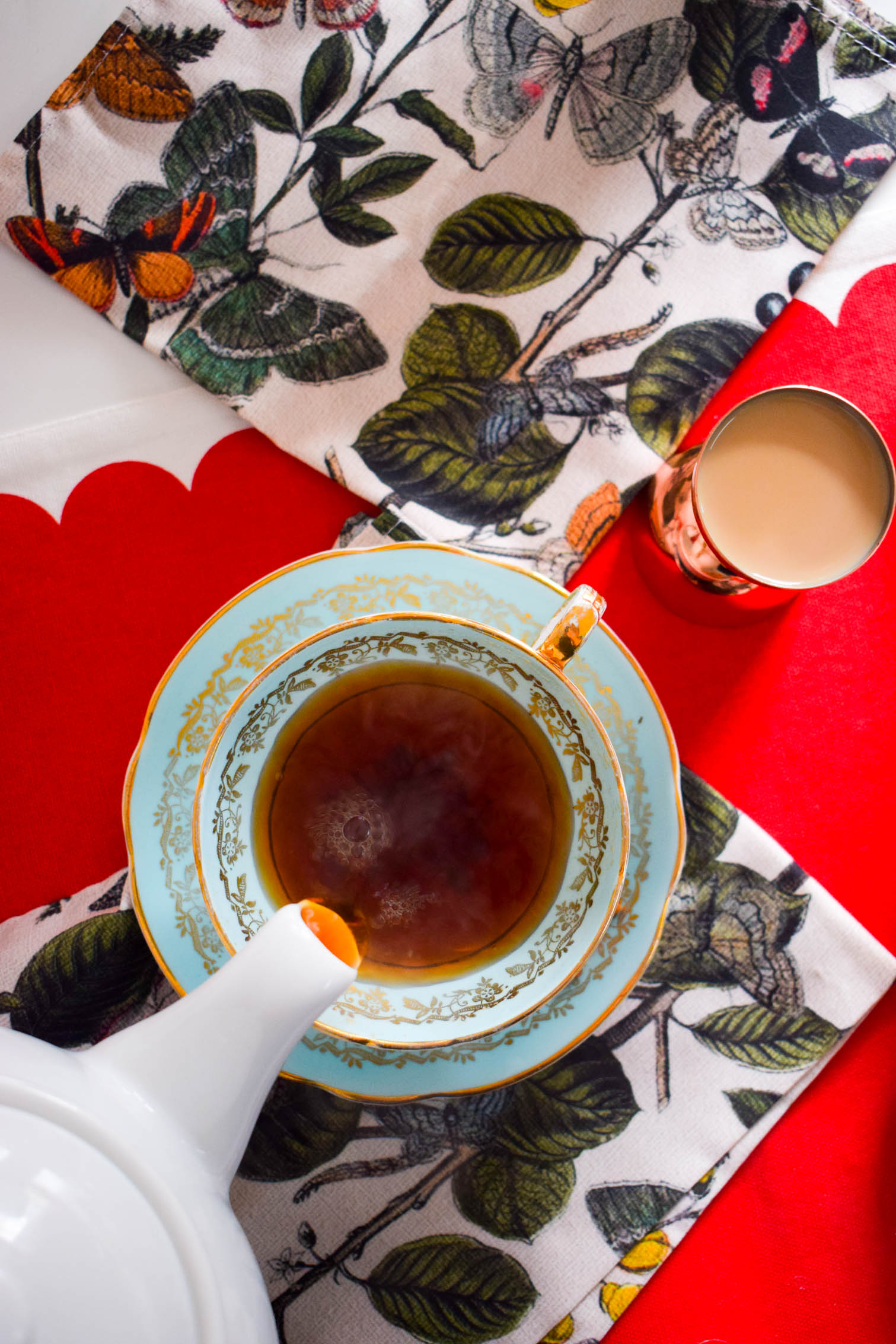 I’ve done it with coffee, but it holds up just as well with tea- add a splash to your next cup! and by “a splash” I mean 1-2oz for good measure. You can put the bottle on the table, or serve it in a creamer. The choice is yours! 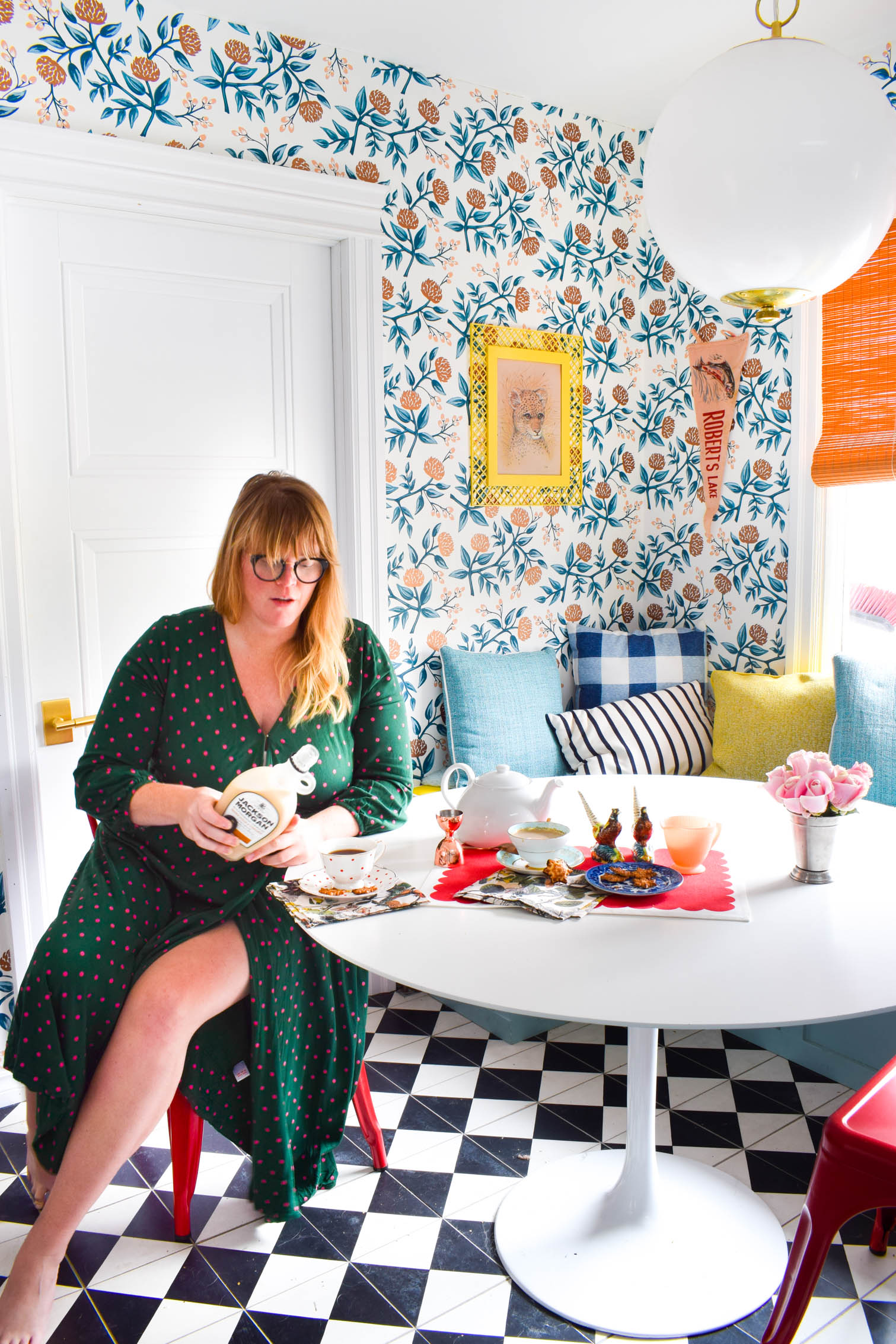 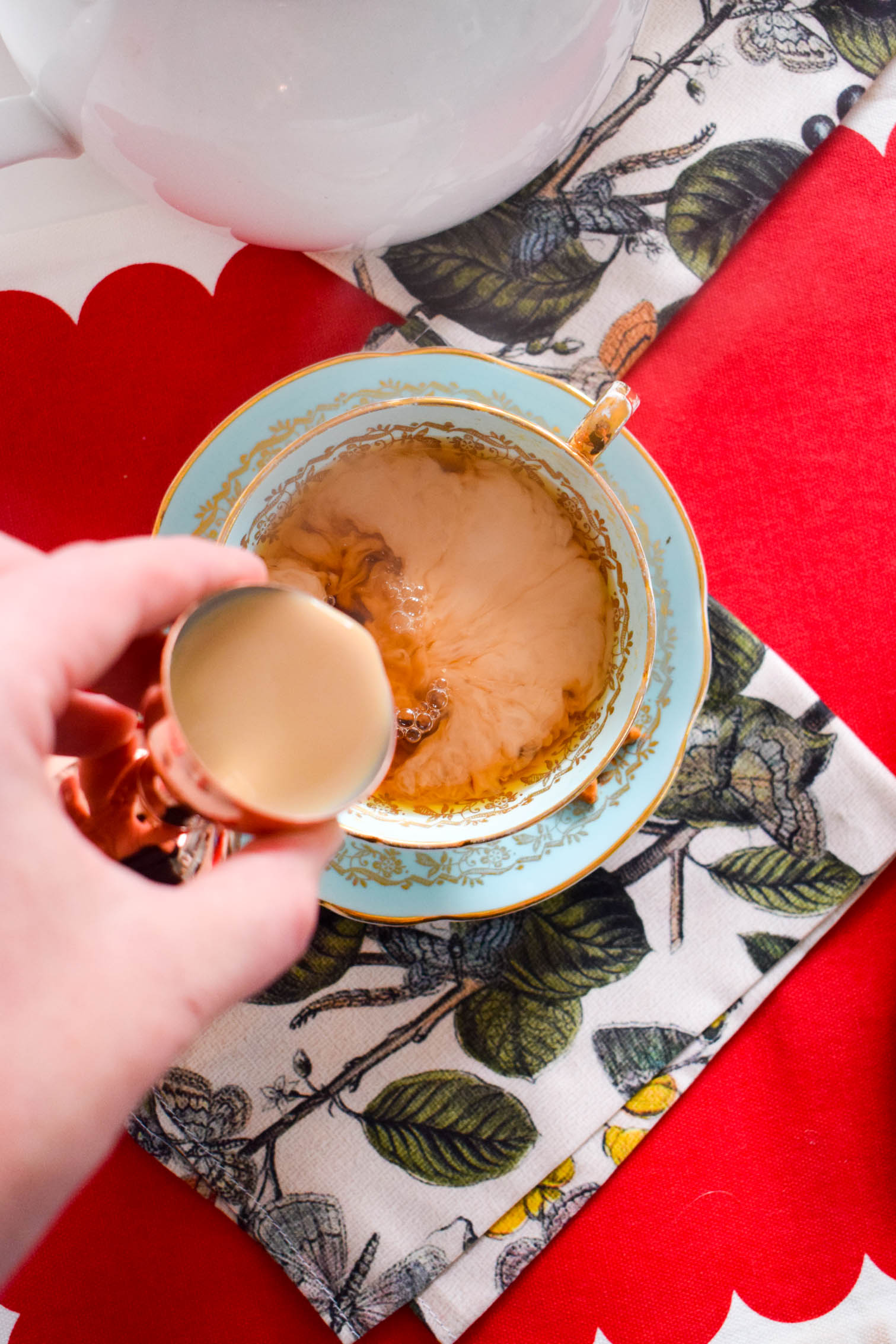 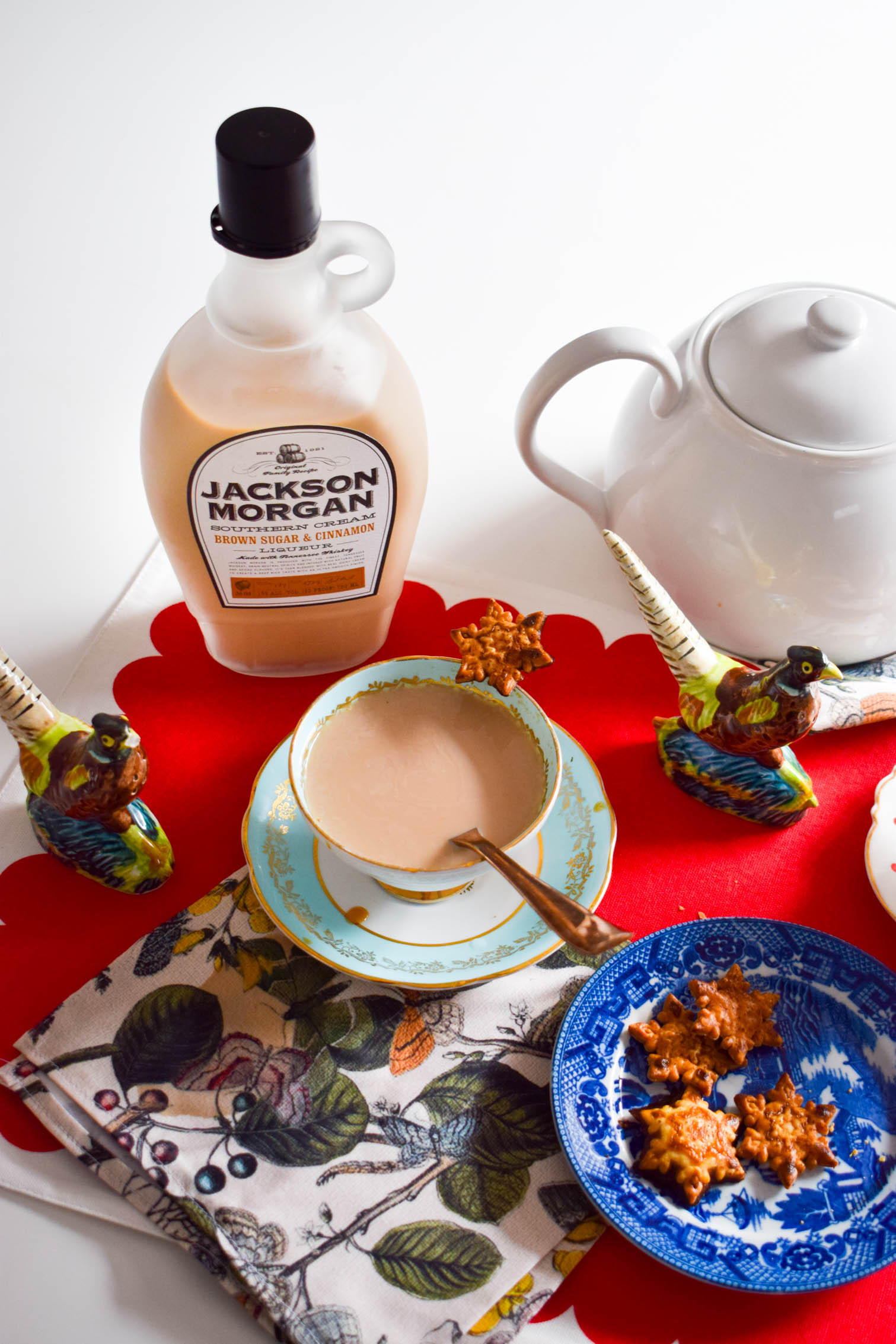 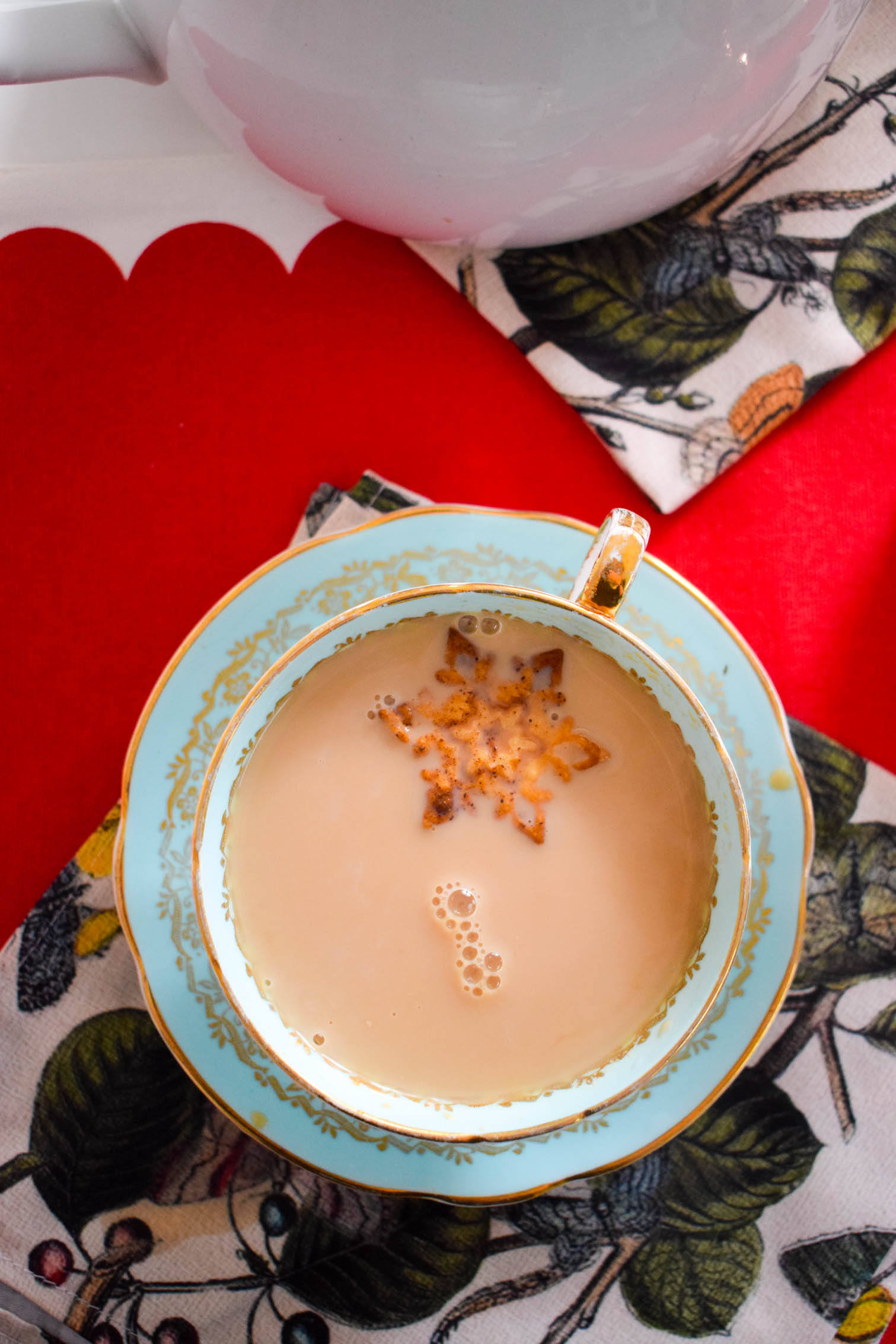 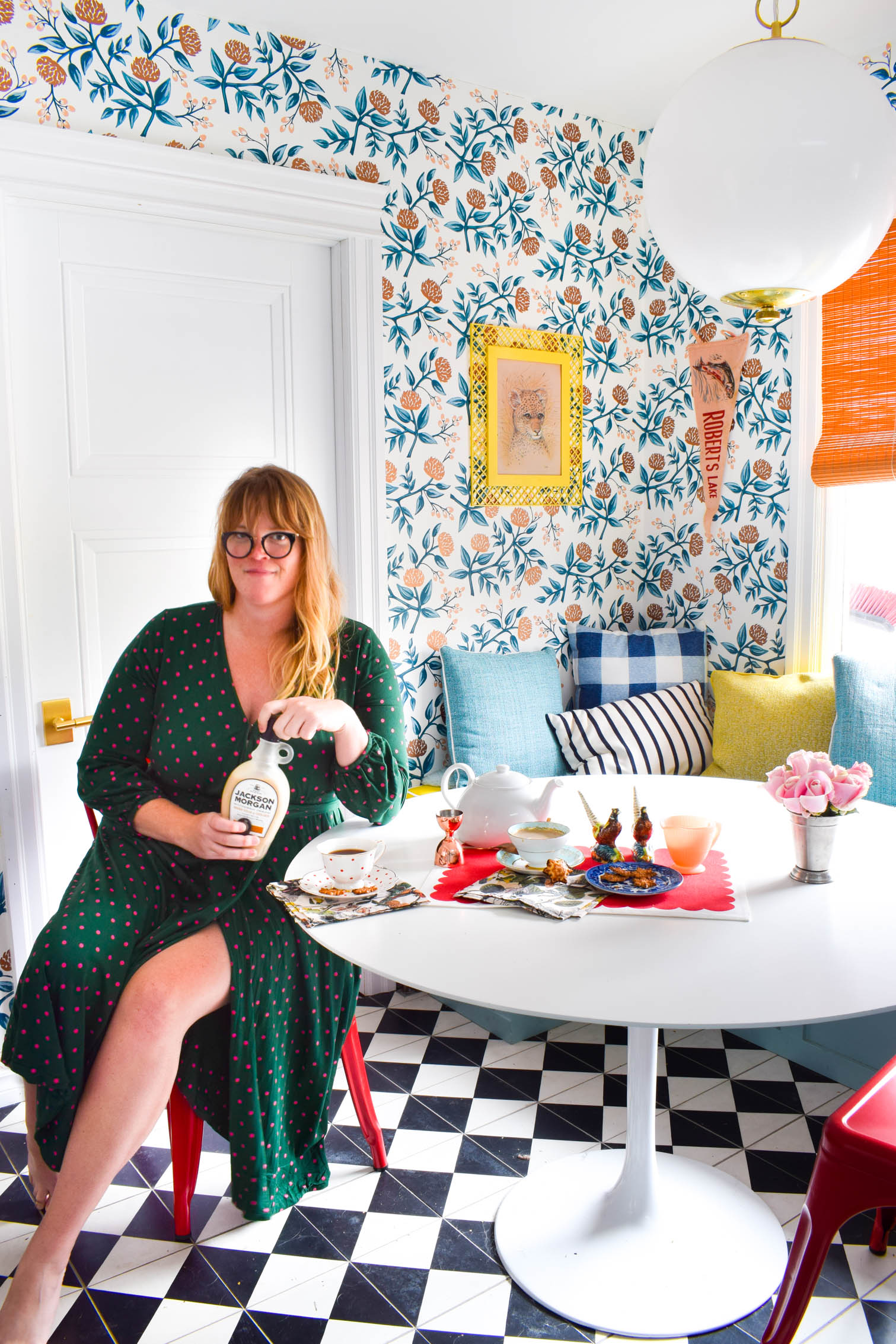 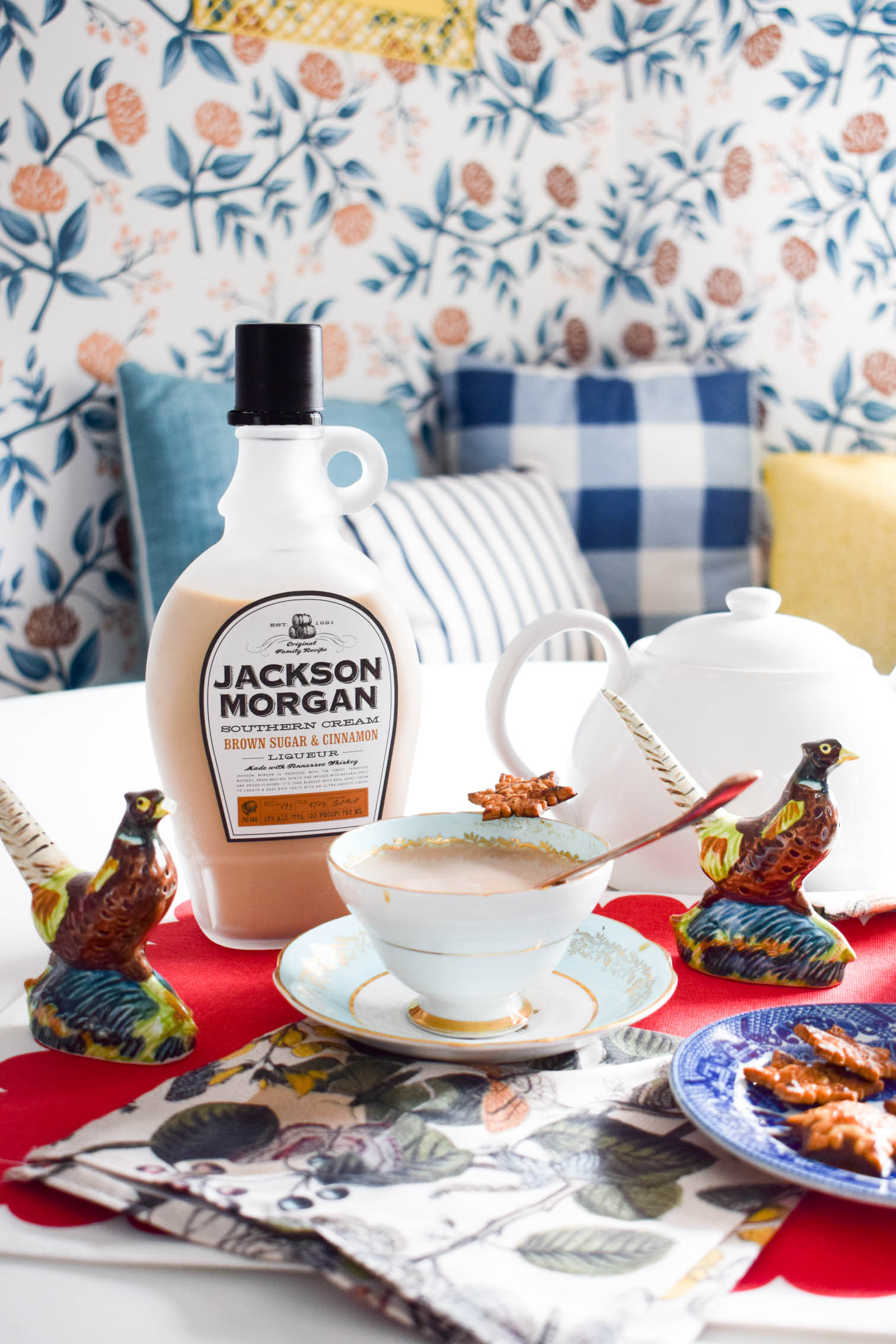