Jump to Recipe
I like nothing more than waffles and pancakes, and breakfast in bed! I feel like I’ve made this clear by the ample amount of posts relating to being served a luxurious breakfast. *ahem, Dan – take note. I was more than happy to refine my recipe for caramel sauce using Jackson Morgan’s Southern Cream. I made a decadent Peppermint Mocha Whiskey Caramel Sauce, and now you can too! 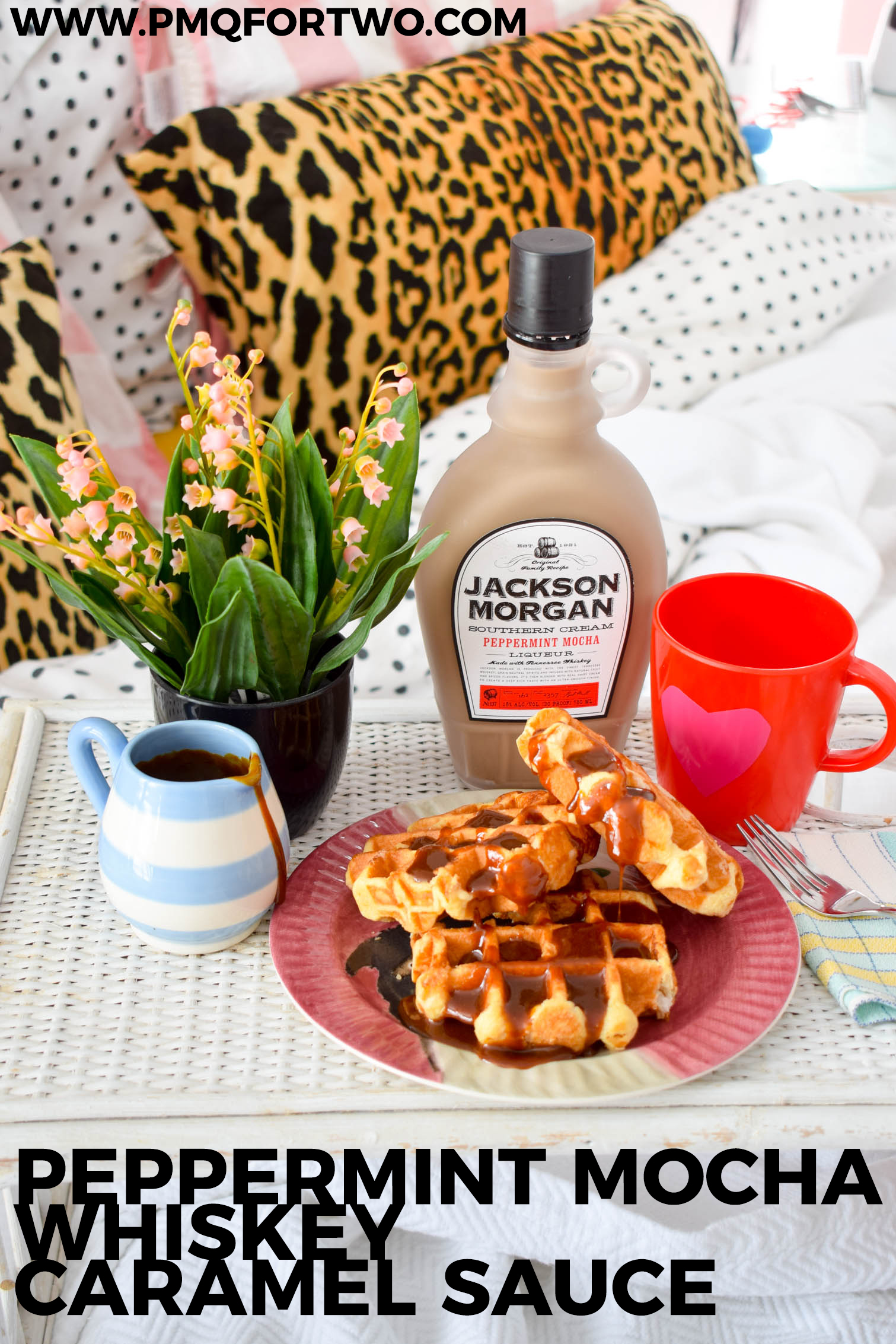 I’ve made quite a few caramel based recipes using Jackson Morgan’s tasty flavours. How can I not?! it’s a delightful way to add a different flavour to what is a simple and effective vehicle for flavour. Can you blame me? Nope

Have you ever though, gee – I wish caramel had a tinge of another flavour? It’s actually pretty easy! A caramel base will adopt complimentary flavours, so you can add a dash of many things to give caramel an extra flair.

In this case, I used Jackson Morgan’s Peppermint Mocha Whiskey to add a chocolaty kick to some caramel sauce. I could have just easily used the Brown Sugar and Cinnamon, or Salted Caramel, to enhance the natural flavours.

How to make a Caramel Sauce

You need a handful ingredients to make a caramel sauce: sugar, water, heavy whipping cream and butter. To make enough to drizzle over waffles or pancakes (or anything for that matter), you’ll need: 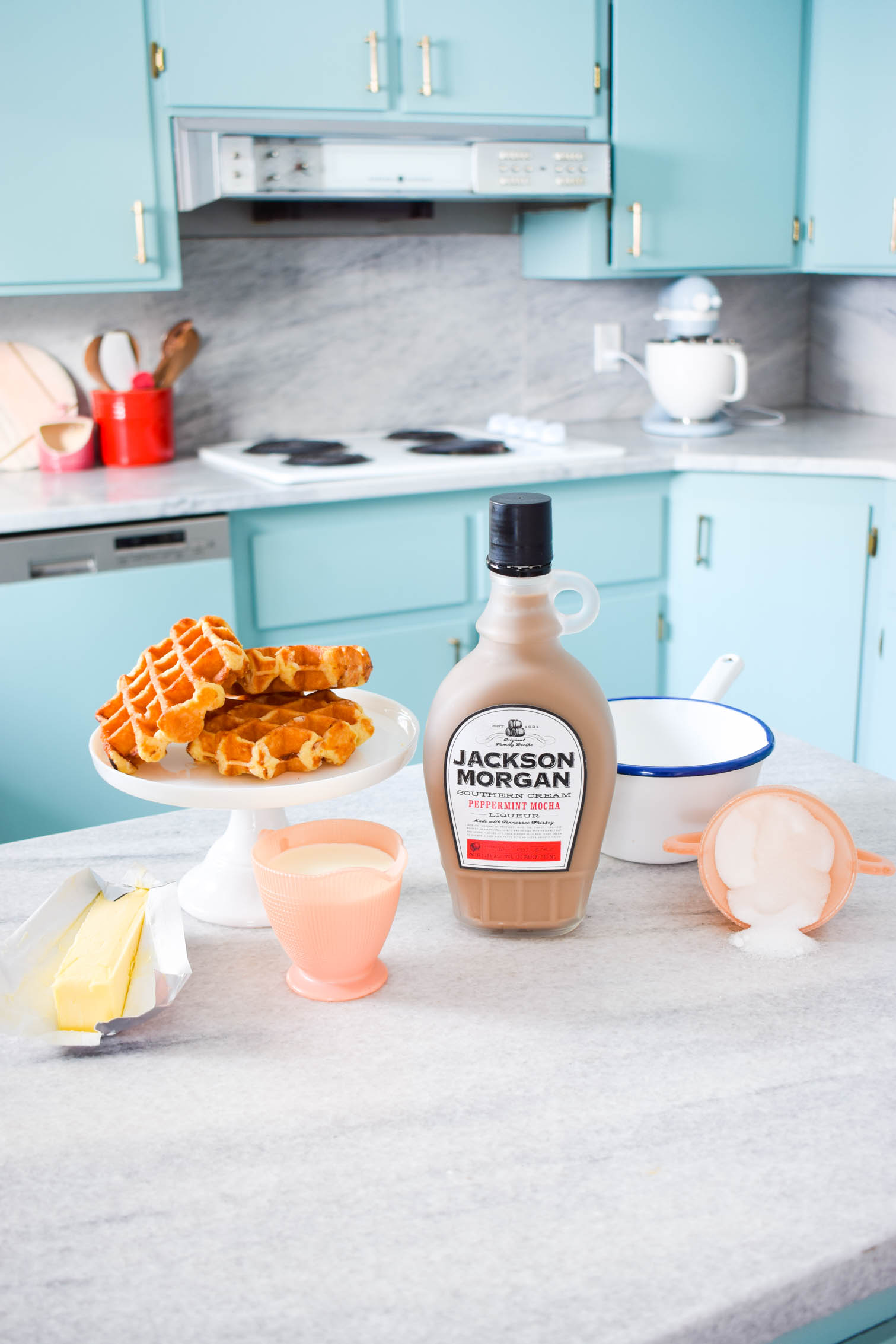 You’ll need two pots: one for the sugar and water, and another for the whipping cream and butter.

Combine the water and sugar in one pot, and bring to a boil. Stir with a silicone spatula consistently over medium-high heat until mixture boils. Once it does, leave it alone until it turns brown like caramel. 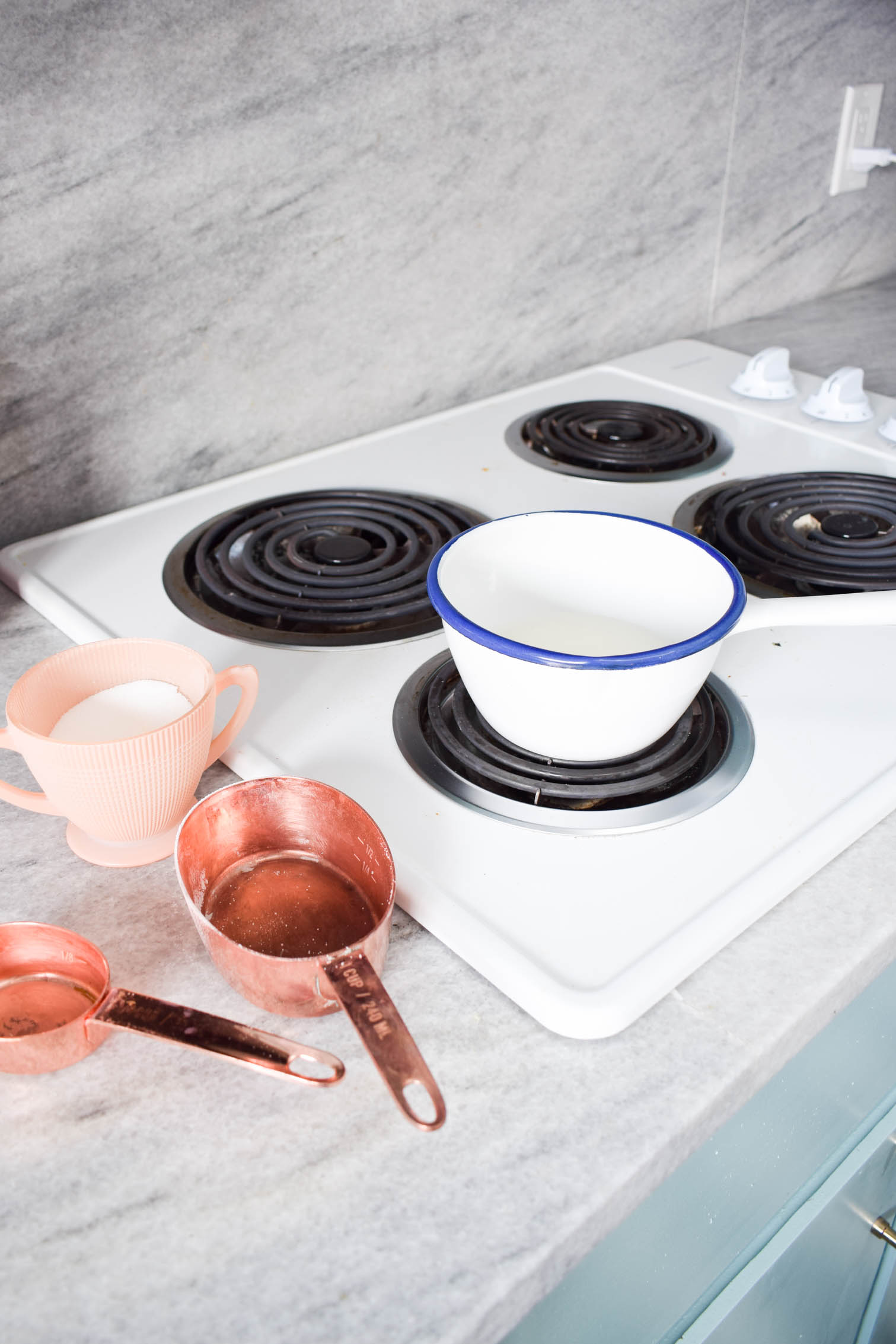 AT THE SAME TIME, combine the whipping cream, Jackson Morgan Southern Cream, and butter in another pot over medium heat. You want the butter to be melted. 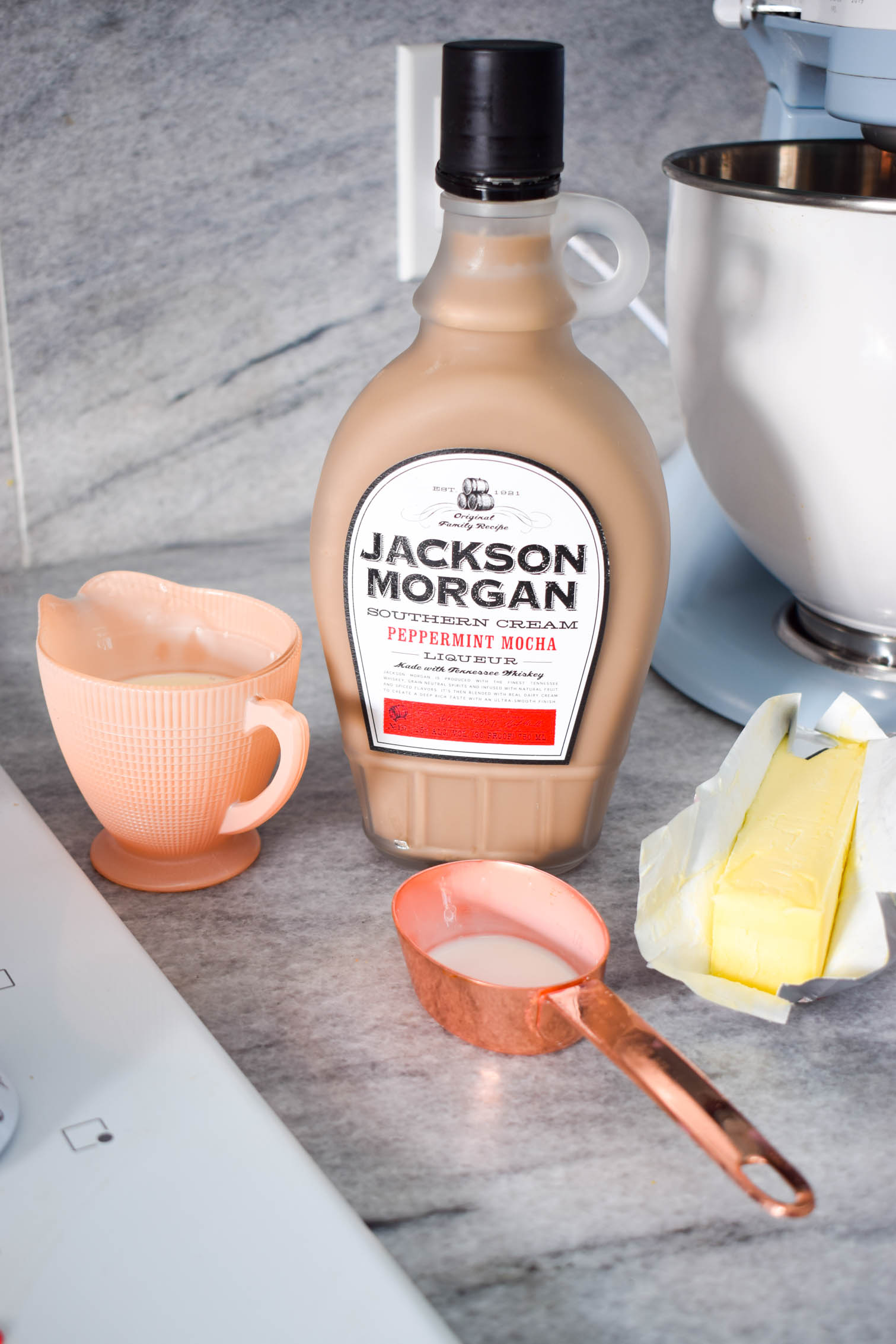 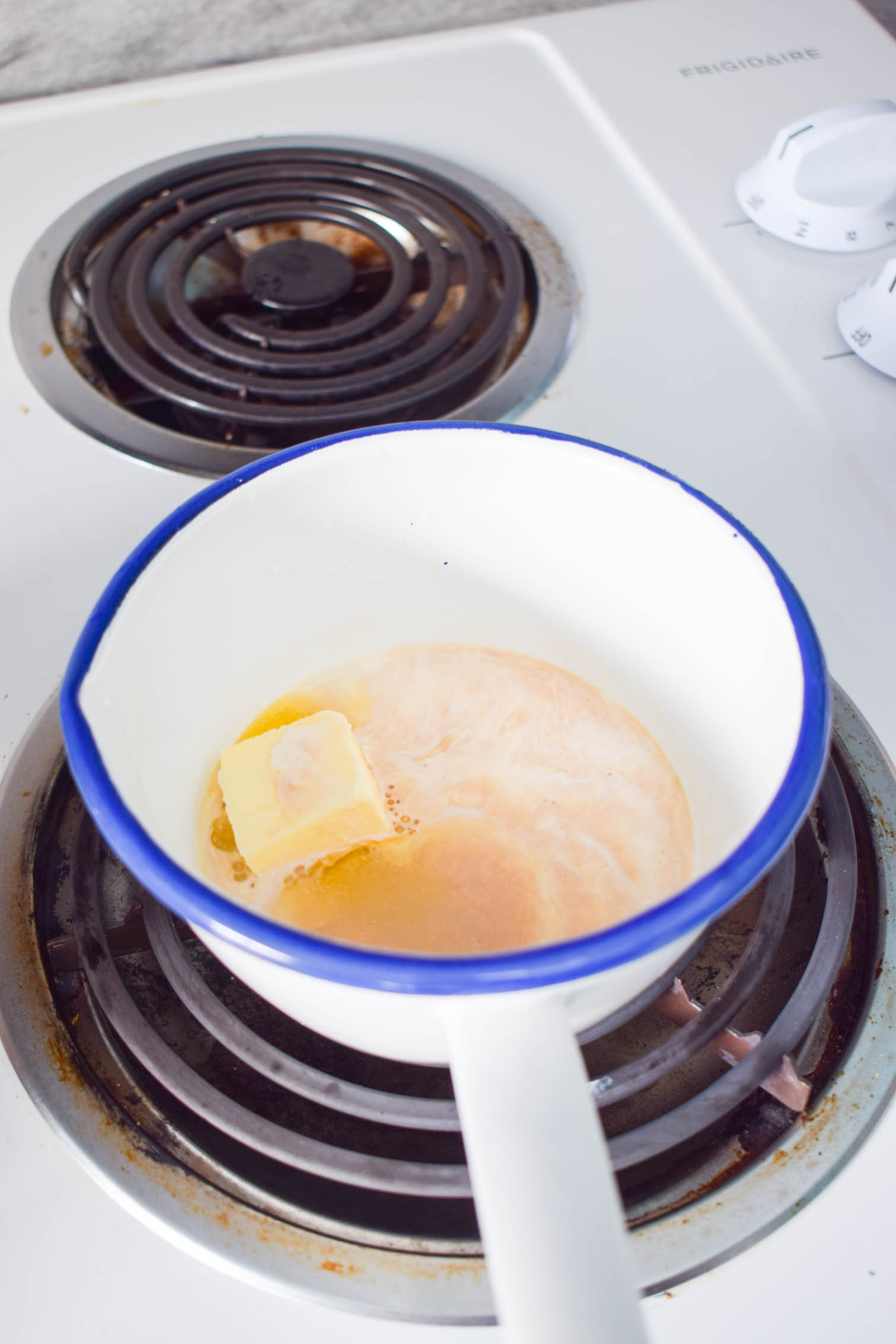 Once the sugar mixture is a lovely caramel colour, slowly pour in the creamy mixture. It will get all frothy and bubbly, be careful! Keep stirring until it calms down. If you want, you can add an extra bit of Jackson Morgan Southern Cream for flavour, or leave it as is. 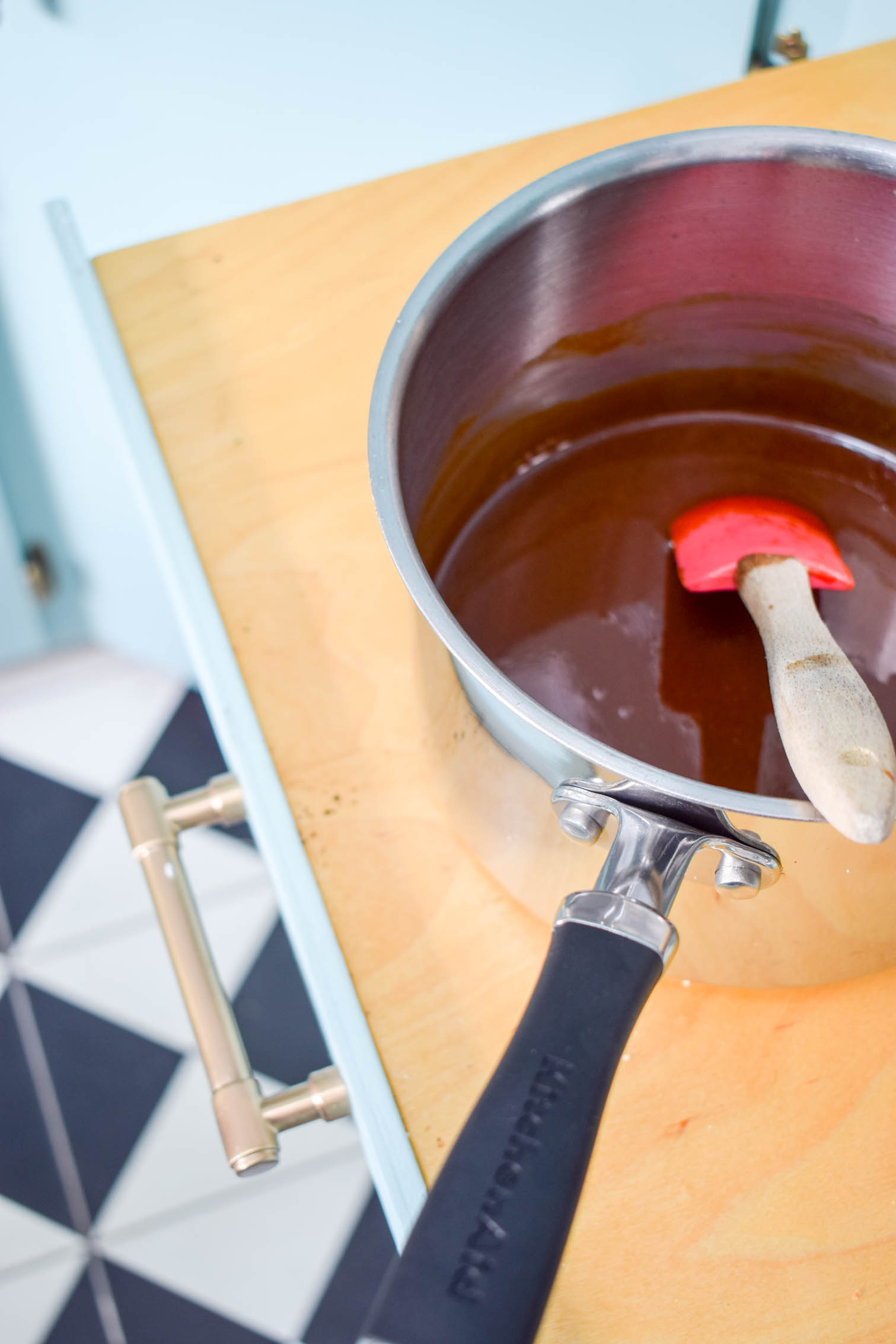 What’s wrong with plain old caramel sauce? Nothing! But I think adding the full bodied flavour of Jackson Morgan gives it something a little extra. A Je ne sais quoi. And as discussed above, it makes for a great way to start the morning on waffles, but it would taste just as delicious on ice cream. 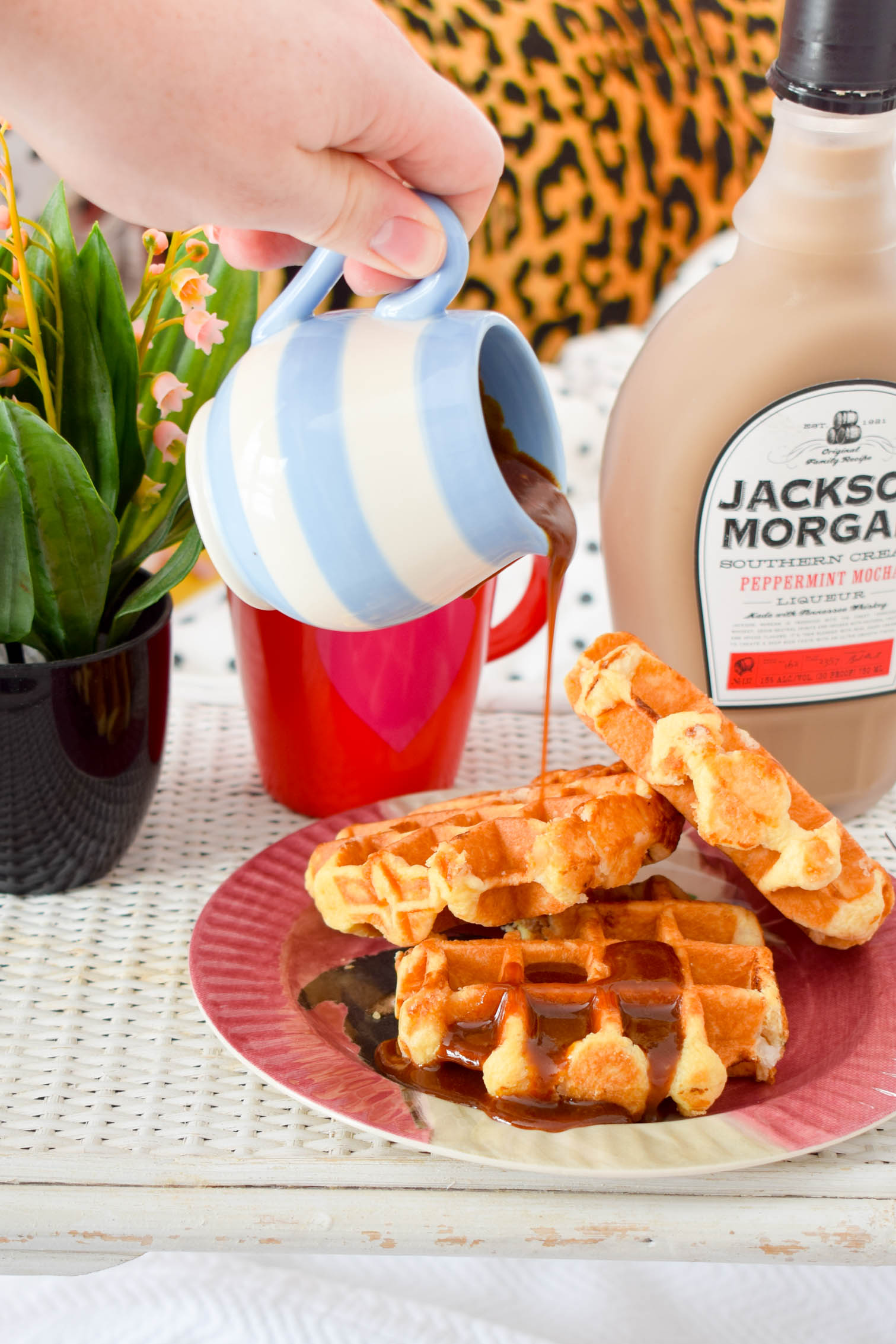 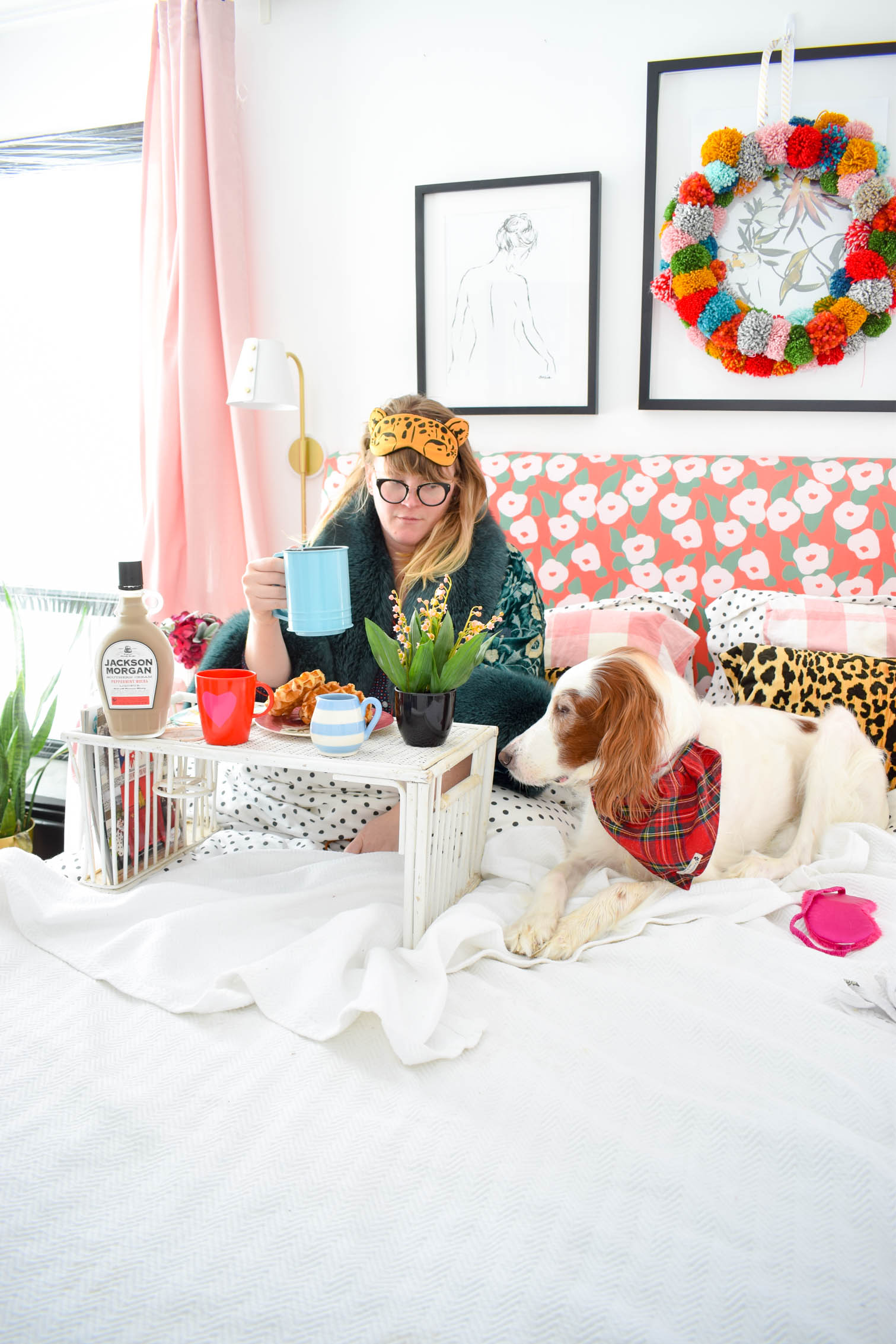 No Bruce, I’m not sharing with you… at least not now. 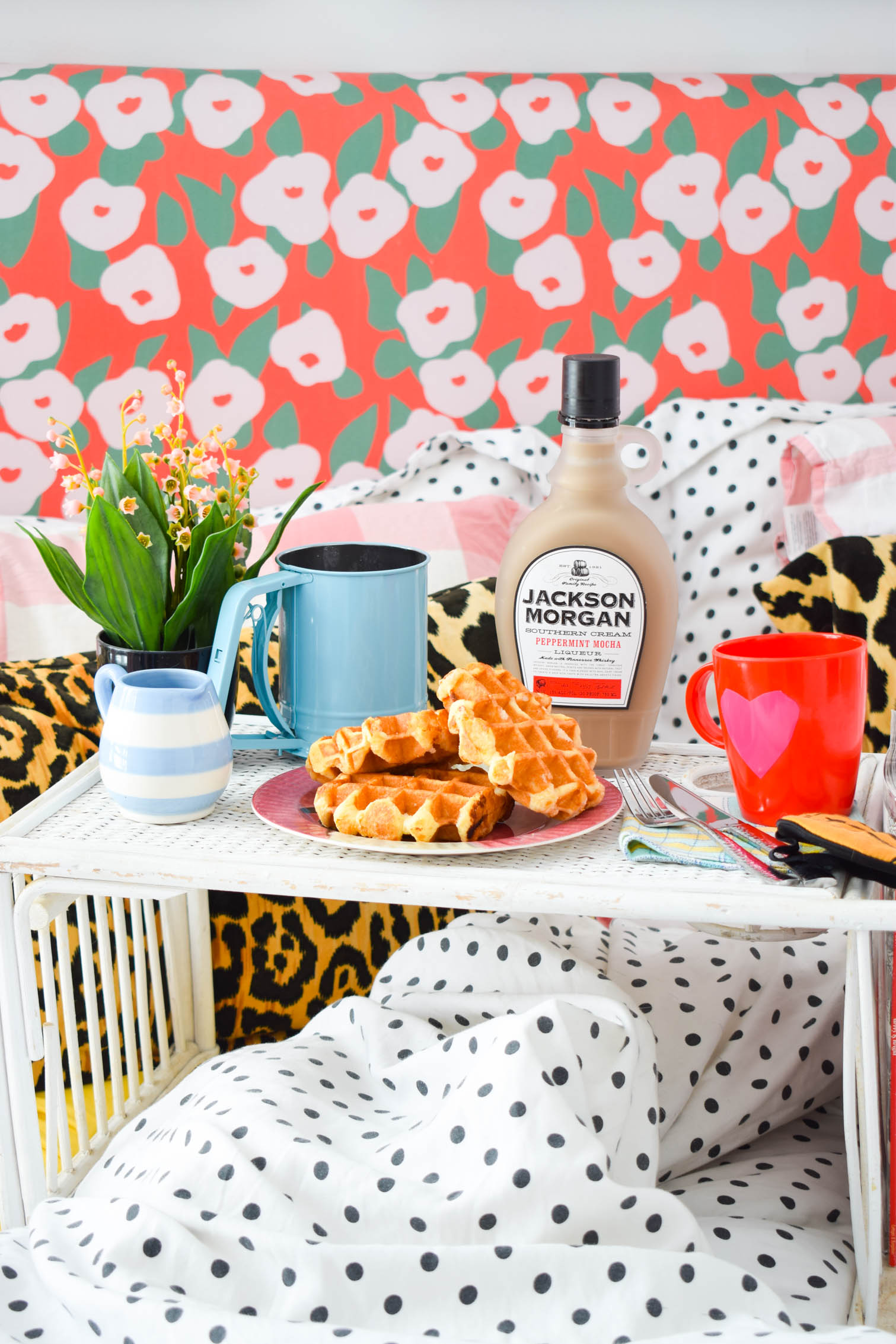 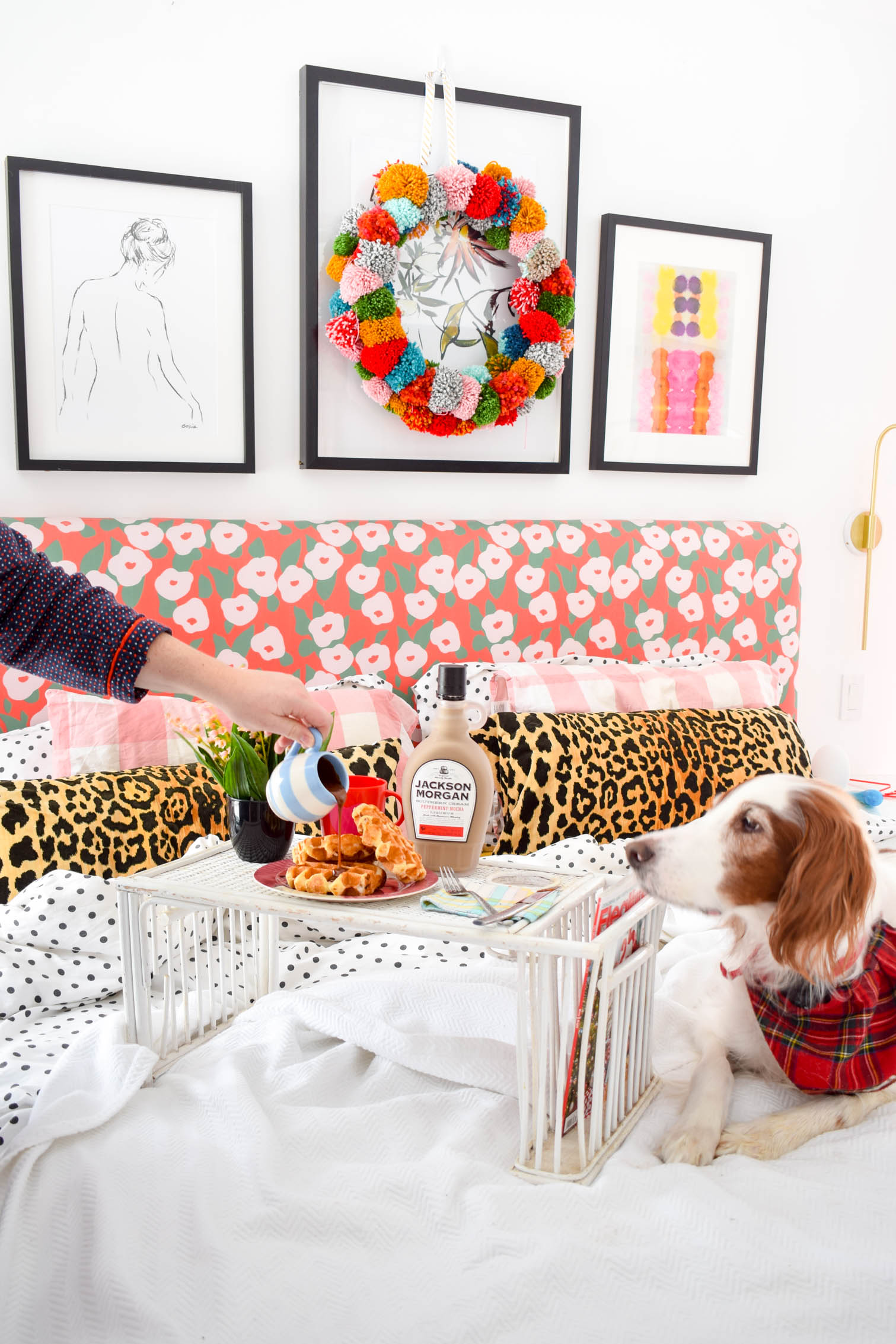 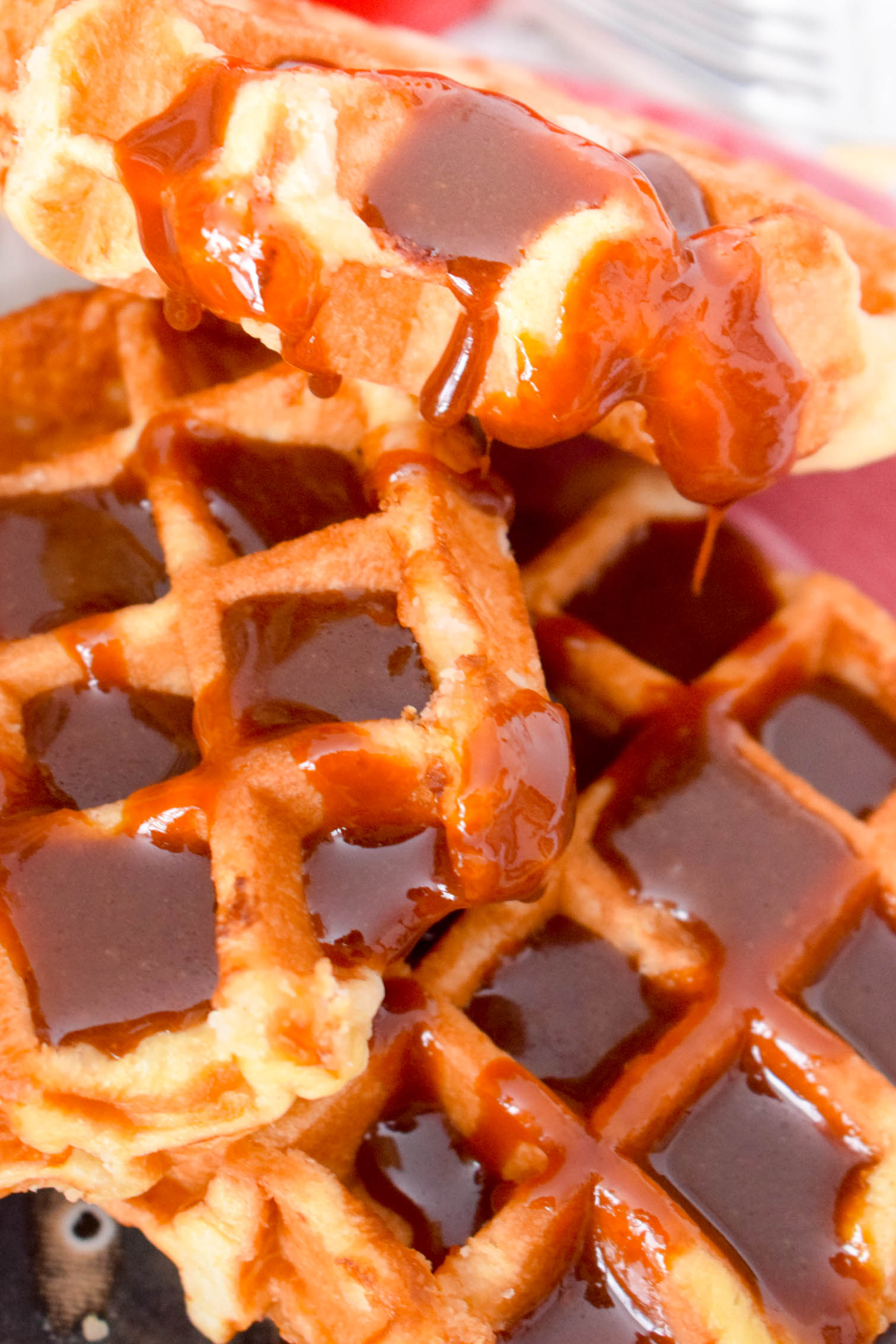 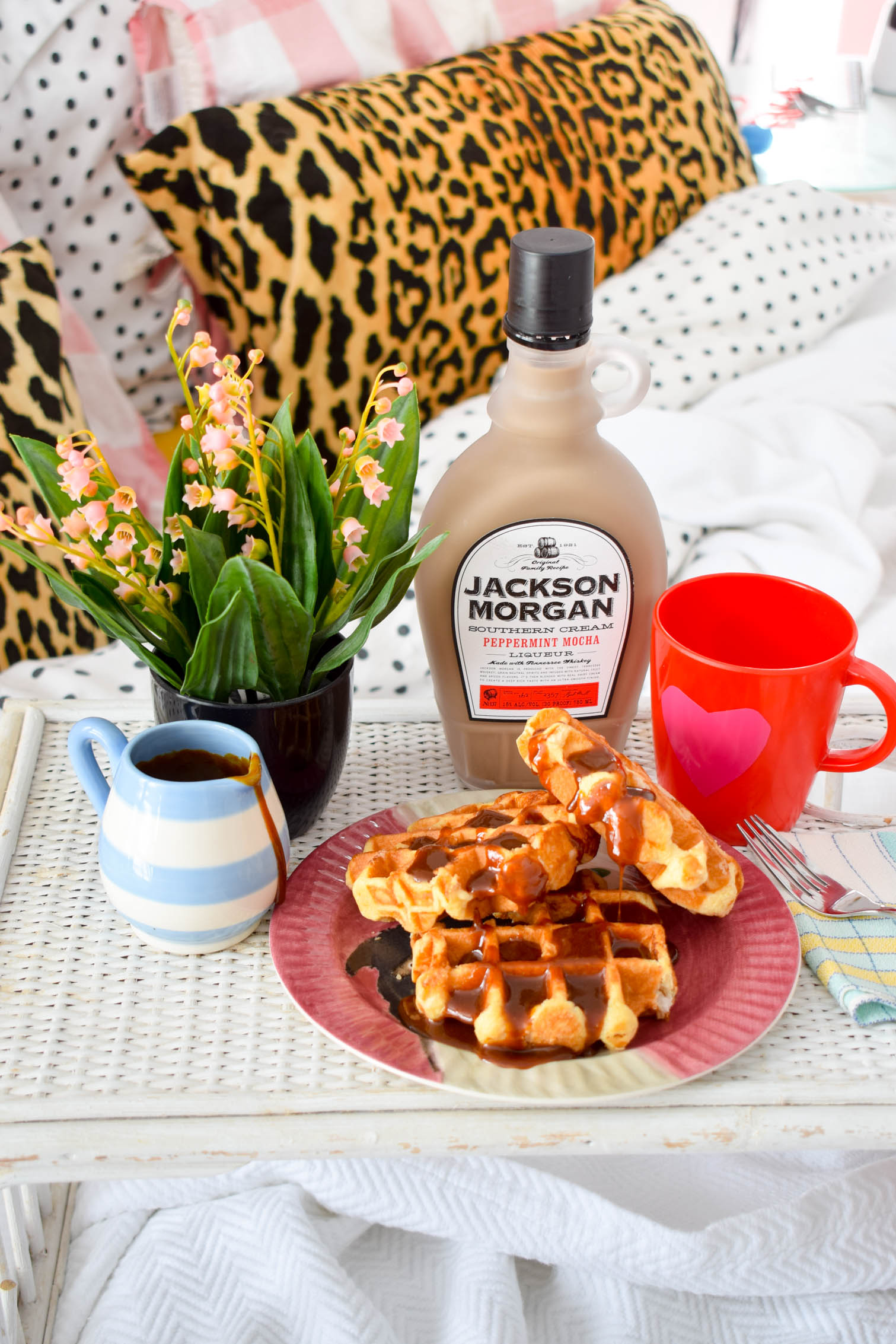