Shortly before Halloween, as I set-up Christmas in my studio and pressed play on the first Christmas playlist of the year, it hit me. Another year had passed. I survived (and thrived for) another year with my small business, I had reached a career milestone, we bought a house, we made an important decision about our own health, and most importantly – we were coming up on another Christmas without my youngest brother Eman. Today is also his birthday. 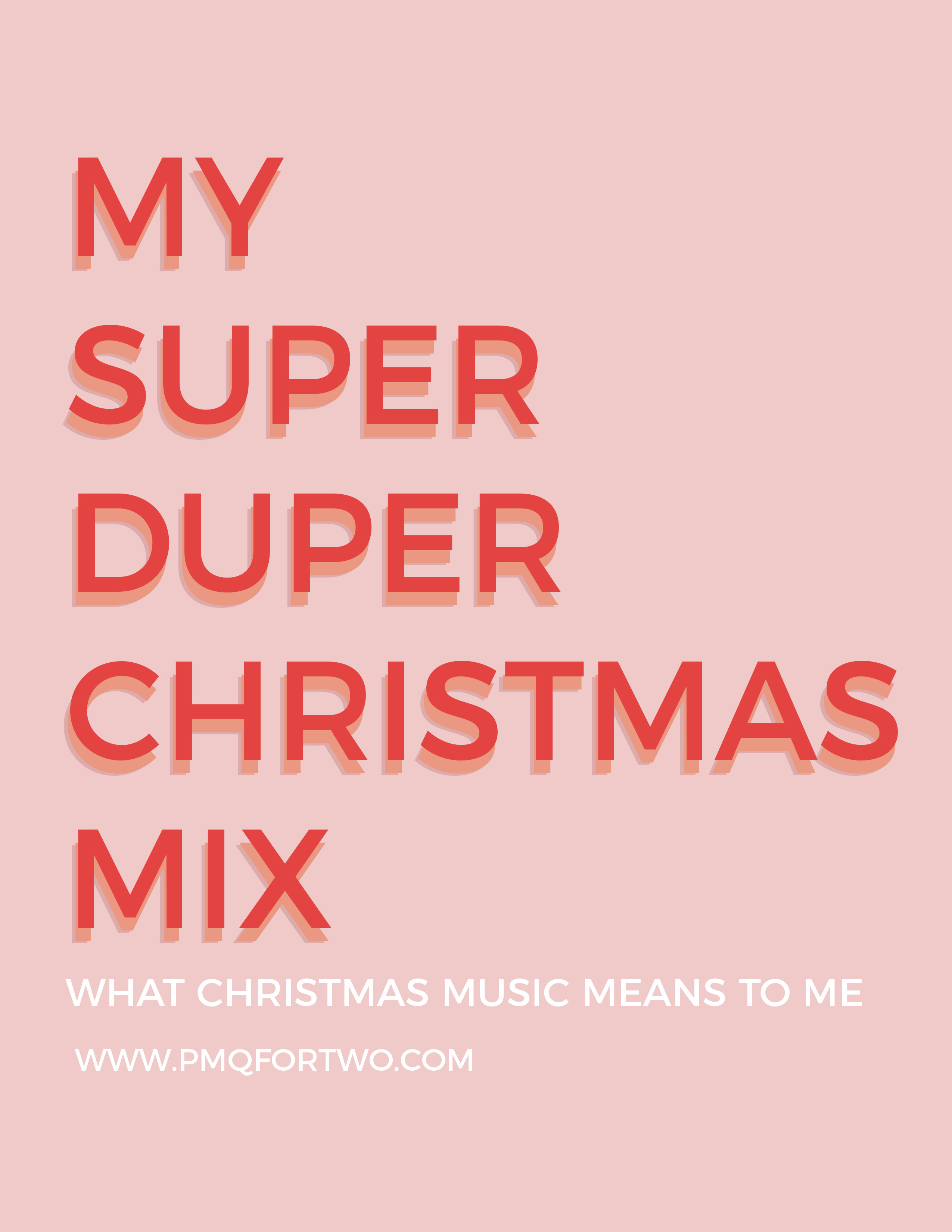 For me, music and sounds are so closely tied to emotions and memories. For some people it’s a smell or taste, but for me, it’s the sound of the memory. Something like: the mixtapes and playlists for the drive home from the cottage, the hum of fireflies in the warm summer air while out for a run in D.C., the songs on our wedding playlist, Bruce’s feet on the pavement as we go for a walk, and of course — Christmas music. I can’t think of one without the other.

It’s a huge part of what makes the season so enjoyable for me. The lyrics are memorable, the tunes are mostly upbeat, and they always make me think of happy Christmases past. It’s not a secret, but the holidays are super nostalgic for people, and it’s one of the reasons I go for such a retro vibe with my decor – it feels carefree, and playful, in a way that minimalism and LED lights never will. It also wraps me up in a colourful comfort that I don’t have at other points of the year.

Growing up, Christmas music meant singing Rudolph The Red Nose Reindeer in French in our grade school Christmas pageants. Wearing corduroy jumpers and paper antlers, with a painted red nose, and falling asleep in my mom’s lap while waiting for my brother’s classes to go on stage. It also meant listening to songs on the radio, in the car on our way to and from family get togethers or playdates. It meant snowsuits and big boots, and mittens. Basically a Robert Munsch book.

When I hear Mariah Carey’s All I want for Christmas Is You I‘m suddenly a nerdy teen trying to hit the high notes (in my head, thankfully), while riding the subway home from school, and wanting to be on vacation already so that I could do anything other than be in school.

In university, I got to listen to the classics all day while stocking shelves and fixing displays in a high-end kitchen store (who didn’t work over Christmas?). But later, during a low point of our posting in Quebec (after our friend’s death), a looping playlist meant that X number of minutes had passed, and that I would have to listen to a Celine Dion song another 10x that day before going home miserable. Now that I’m self employed it means that the holiday madness is upon me, and that I’ve got some of the most fulfilling and creative work ahead of me. I love it so much, and it’s one of the reasons I love what I do.

But it also means 14-16hr days, frustration, and lots of coffee.

And now, Christmas music also means celebrating another Christmas without Eman, and fumbling through a birthday without him

I haven’t shared much about my brother’s passing since I wrote about it the day before his wake, but that’s as much because I don’t want to talk about it, because it’s hard. I don’t want to ramble on about completely unrelated things, I don’t want to give you half truths, and I also don’t owe you anything. But writing feels good, so I do that.

As I listen to my favourite Christmas record on the eve of his birthday (I’m writing this the night before), I figured it was worth a shot. Because, if not now, when?

It’s been a long year, and last winter was particularly long. One of the reasons I went home to Toronto so early last December, was to be with my family for his first birthday without him. We tried to make something of the day, but everything felt kind of off about it. I was definitely trying to be anywhere but there, and so was every other member of my family. Frustrating? You bet. Sad? Ya. Unknown emotional territory? Absolutely. There is no manual on how to celebrate the birthday of a loved one who is gone too soon.

This year, things are a little different and I can’t be with my parents or my siblings on his birthday. Instead, we’re all going to try this again, on our own, and see if we can find a way to honour the day without falling to shit or pretending it’s not happening. Hopefully we’ll all make it through.

I for one, have a lot of work to do, but I’ll be listening to Christmas music.

I’ll be listening, and thinking about last Christmas when I clung to music for comfort. I’ll be thinking about the one before that where I couldn’t be there because Dan had a lot of work to do and we decided to stay put.  The one before that (which was the last one I spent with him), where he went on a nice walk with Bruce and I. I’ll also be thinking about all the others we shared, and how much he meant to my holiday season – especially as I grew up and eventually left home.

He will be in my thoughts from the second I wake up until well after I fall asleep, along with those Christmas melodies. 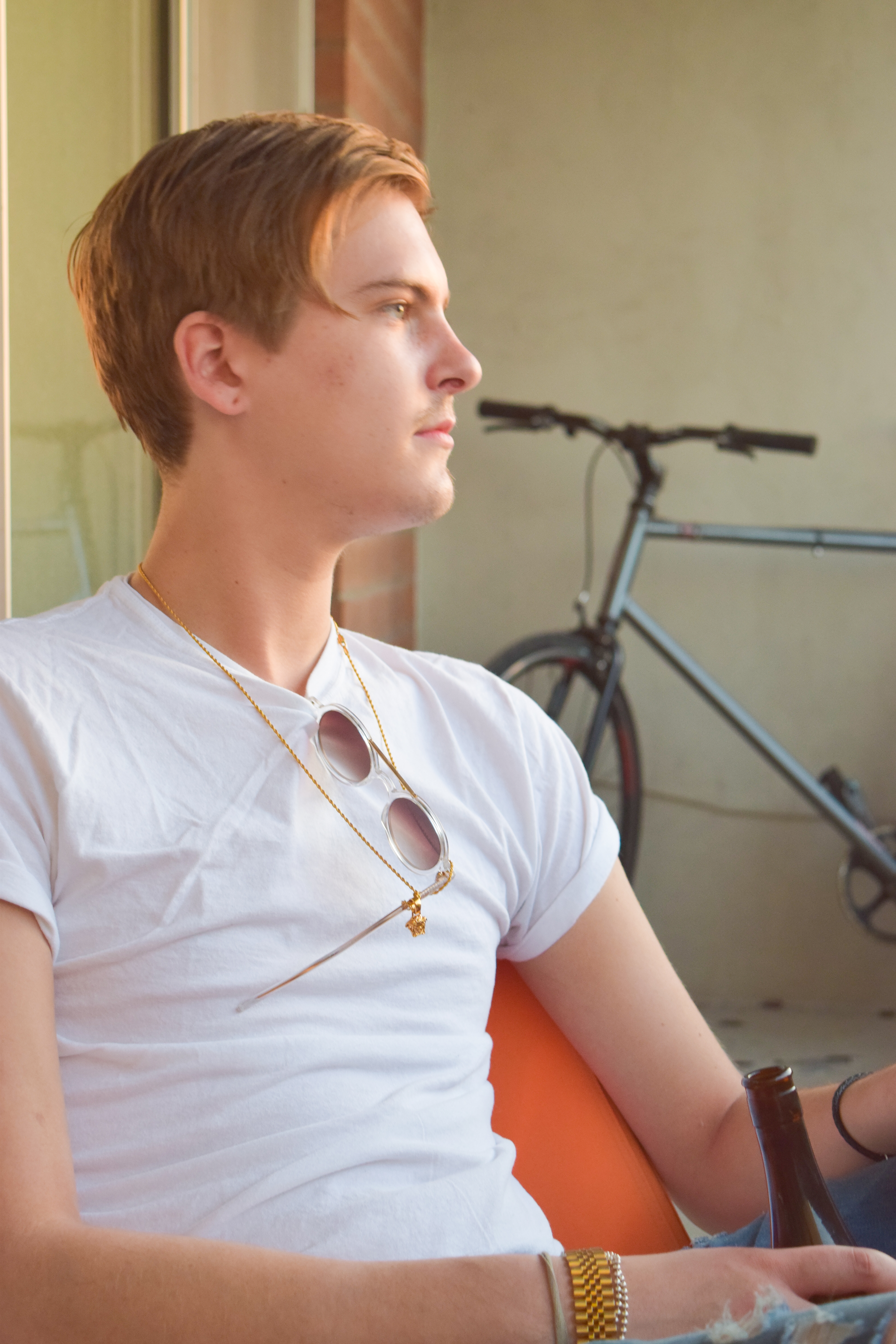