I have a dirty secret for you guys – Dan and I have been sleeping in separate bedrooms for a few weeks now, and we absolutely love it. NO, this is not the end of our marriage, the love is still very much there, but oh my god are we sleeping well. Turns out, we sleep really well in our own beds. While this isn’t exactly a how-to, I thought I’d share our experience with this little experiment in case it peeks your interest.

p.s check out our master bedroom refresh fro this past summer // here // 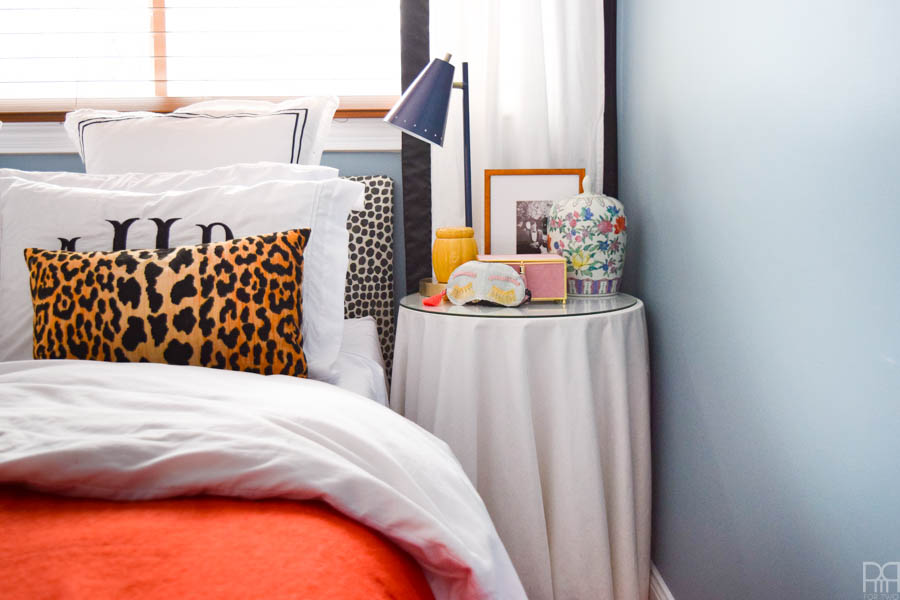 Couples sleeping in different beds & bedrooms was the accepted sleeping pattern decades ago, it was fazed-out as marital attitudes shifted, as did space and house sizes of the average household. It’s fine and dandy to share a bed when it’s a) big enough that you’re not on top of each other b) neither of you snore like a lighthouse blow horn c) you both go to bed and rise around the same time. And that’s just the basics! When you look at those three factors alone, we are kind of the prime candidates for trying different bedrooms.

Dan has been a perennial napper, often carving out an hour each day to snooze on the couch when he gets home. Since starting this sleeping arrangement he hasn’t once needed a nap. I think we’re on to something! 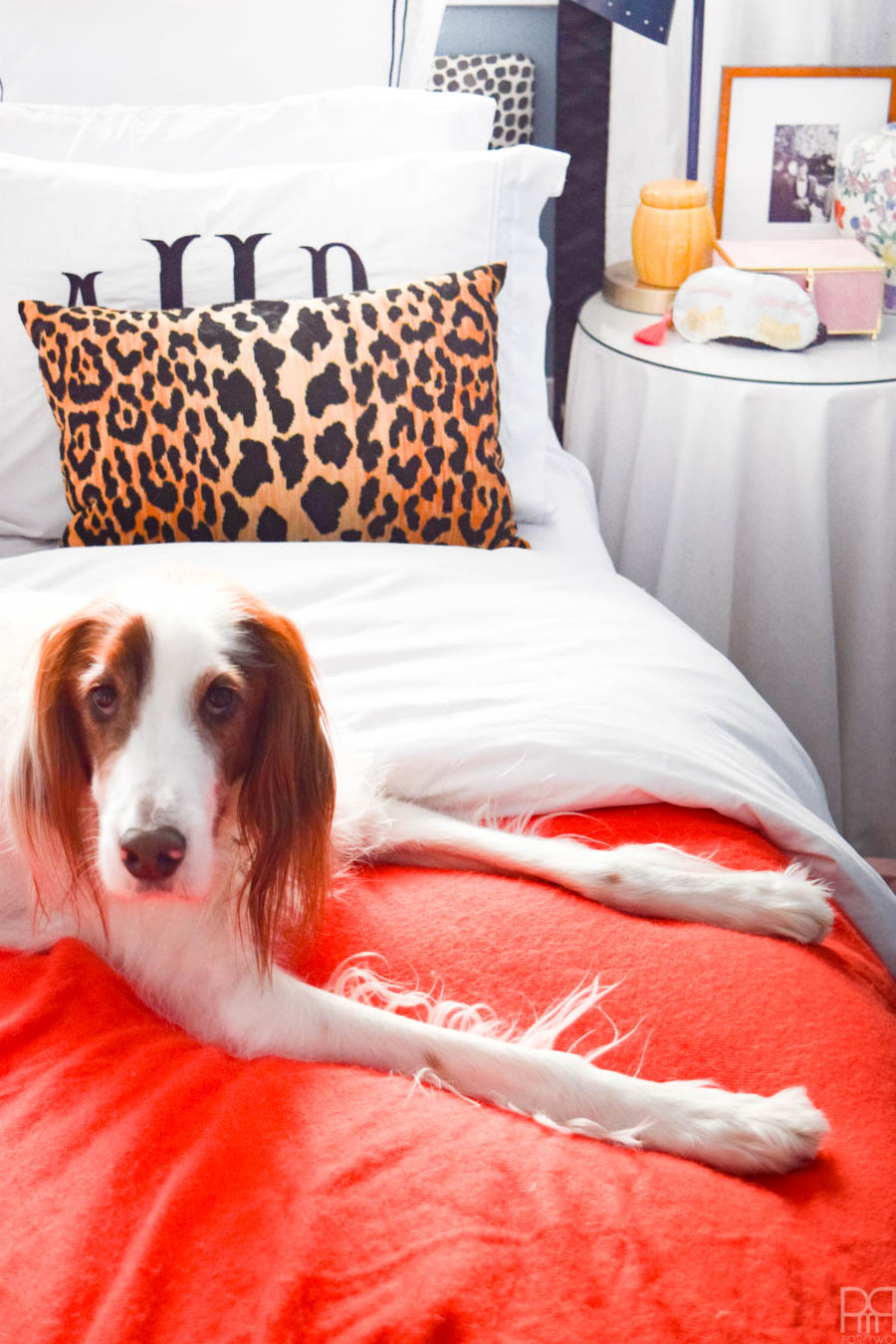 We’ve come a long way since sharing a single bed in his room while at RMC (with no curtains), or a double bed at my place where we could hear the coyotes howl in the night. We sleep in a Queen for goodness sake, but it’s just too small. We would be in a King if we could fit it in the Q!

We’ve got an unconventional arrangement for most people, but these days we’re hardly the exception. Apparently all the celebs do it, as do retirees – so we’re in good company. I first read about this in a series of articles in the NYT // here //,  here // and // here //, but a quick google search will reveal many more articles and studies about the trend, and the importance of healthy sleeping habits. 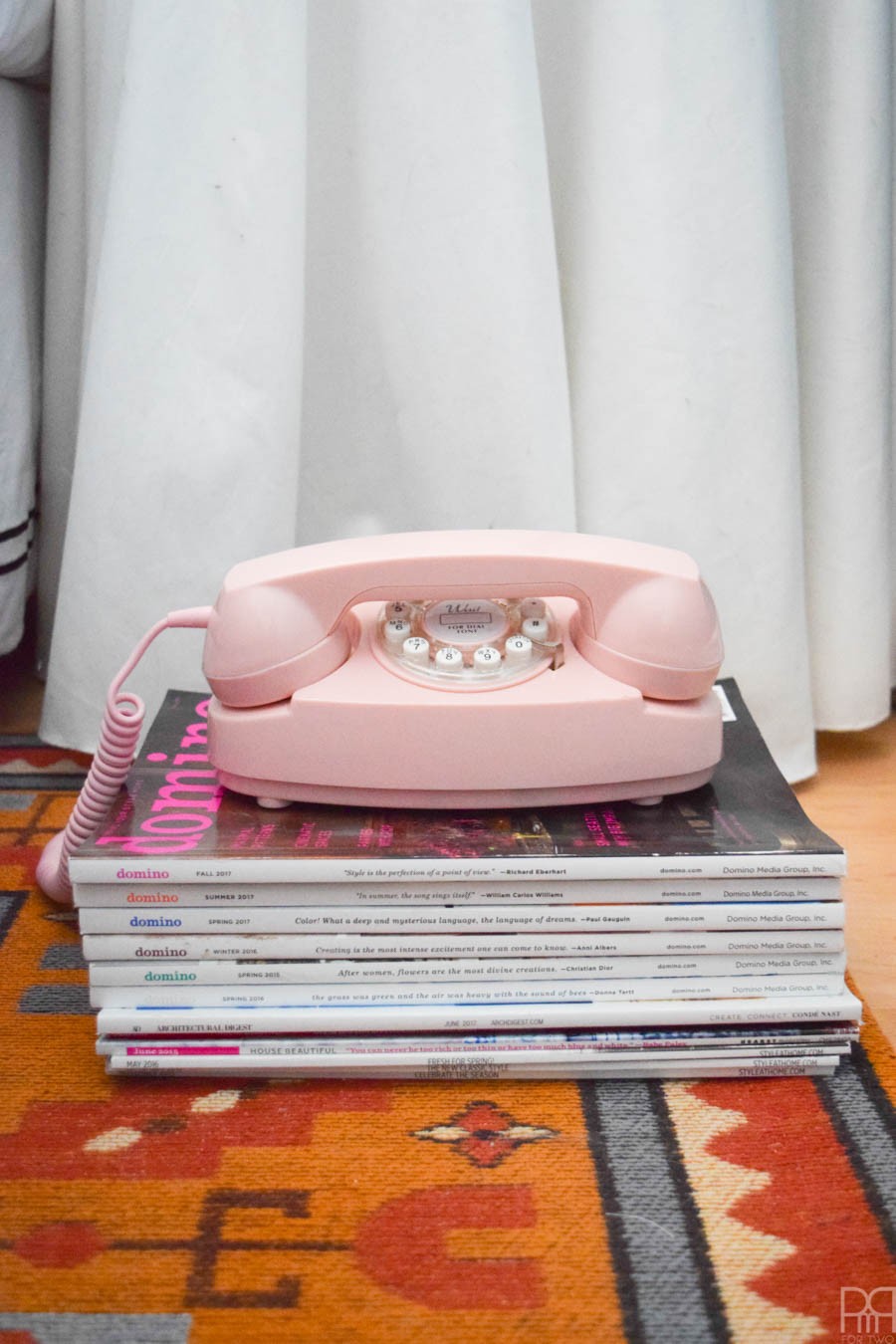 Like all couples, we have our disagreements and arguments. These are often exaggerated by irritability, stress, and anxiety. It seems like everything boils down to how well either of us slept, and who hogged the duvet.

To quote Janice Kiecolt-Glaser – a longtime relationship scientist and director of the Ohio State Institute for Behavioral Medicine Research – “the notion that better sleep makes a better marriage isn’t entirely new. A large body of research suggests that sleep-deprived people are more unpleasant and even hostile in their social interactions than those who get adequate sleep. ”

Stress is a normal part of our lifestyle, but it doesn’t have to mean hurting each other’s feelings in the haze of exhaustion. We’re both super busy, often operating early in the morning until way past bedtime, and often through the weekend. We don’t have kids, so we can afford to have a lot on our plates, but sometimes it means we snap at each other, argue about petty things, and take a disagreement too far. Who doesn’t though? 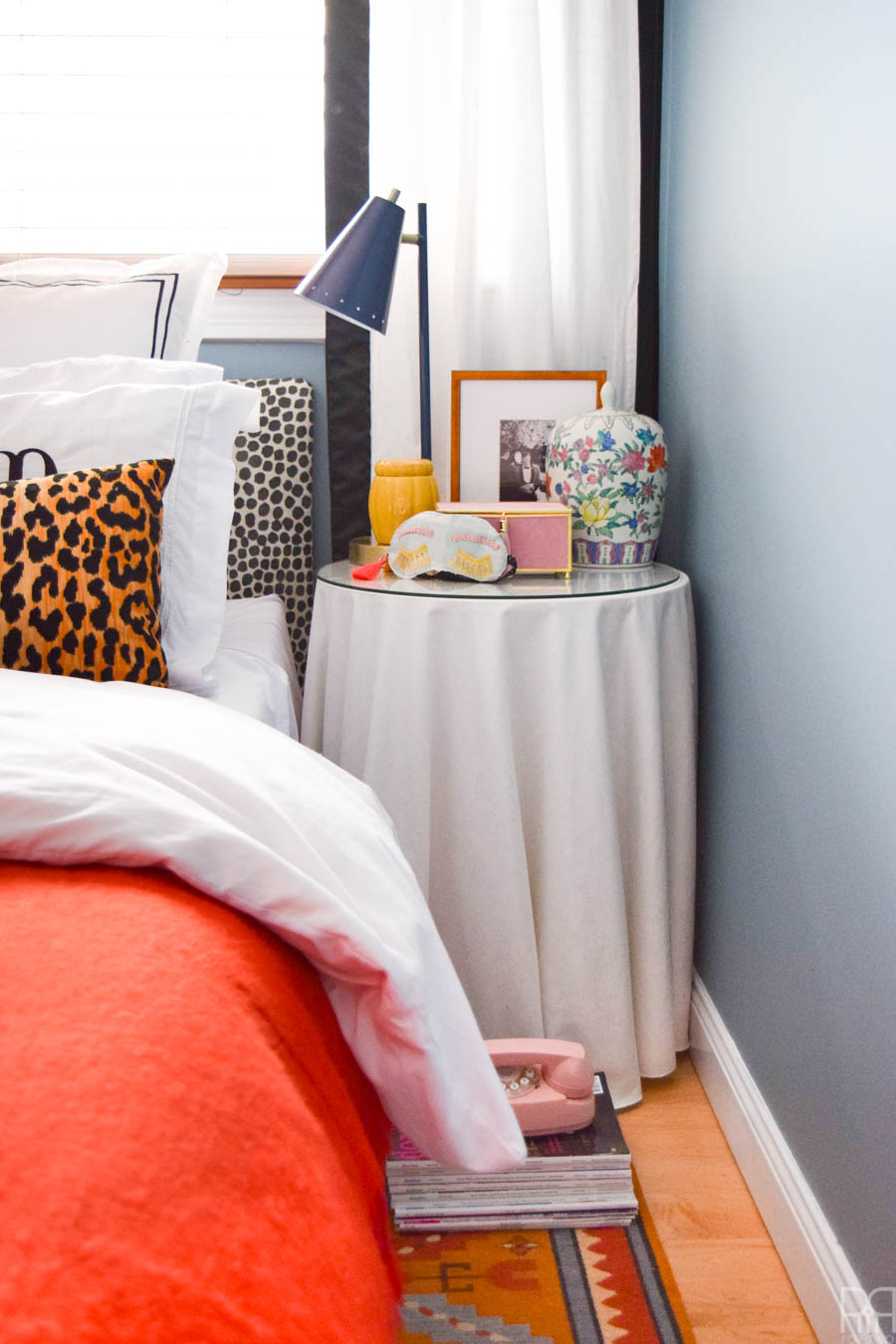 To quote Pamela J. Smock – a University of Michigan sociologist, “the growing need for separate bedrooms also represents the speed-up of family life — women’s roles have changed — and the need for extra space eases the strain on the relationship. If one of them snores, the other one won’t be able to perform the next day. It’s nothing to do with social class, and it’s not necessarily indicative of marital discord.” Yasss girl, preach – I got shit to do and need my sleep.

Sociology and studies aside, Dan and I have wildly different sleeping patterns and habits. The difference in our employment situations has created a greater rift in our bedtimes, which in addition to our sleep habits, is entirely to blame for our lack of sleep.

Let’s look at the basics:

Ariel’s Bedtime: 12pm midnight – 2am – whenever I’ve met my deadlines.

Wake Up: 9am with a leisurely pace, I flip through my phone for a while before leaving the warmth of the duvet. Bruce is often next to me, slowly breething hot trash breath at my face.

Sleeping habits:  I listen to podcasts while I drift off the sleep, after having spent a good 30 minutes browsing the web on my iPad. I also move about quite a bit in my sleep, which means I’m often on top of Dan, or at the very edge of the bed. I’m also apparently a furnace when I sleep, which makes it hard for Dan to regulate his own temperature.

Experience: The first few nights were weird because I knew he was one room over. He leaves for work all the time, so sleeping alone isn’t new, but having him in a different room was. The first morning I woke up feeling really weird, and then realized it was because I hadn’t woken up 3x in the night, or had my eyeballs seared with light as Dan turned on the light to make his way to the bathroom. It was magical.

After a week I was feeling more energetic, better rested, and had less back pain. It’s crazy how being able to move around in my sleep has allievated a lot of the awkward positions I found myself sleeping in.

Two weeks in and Bruce has staked his claim on the bed next to me, so it’s like sleeping with Dan, but at least Bruce takes the hint and moves over when I push him. 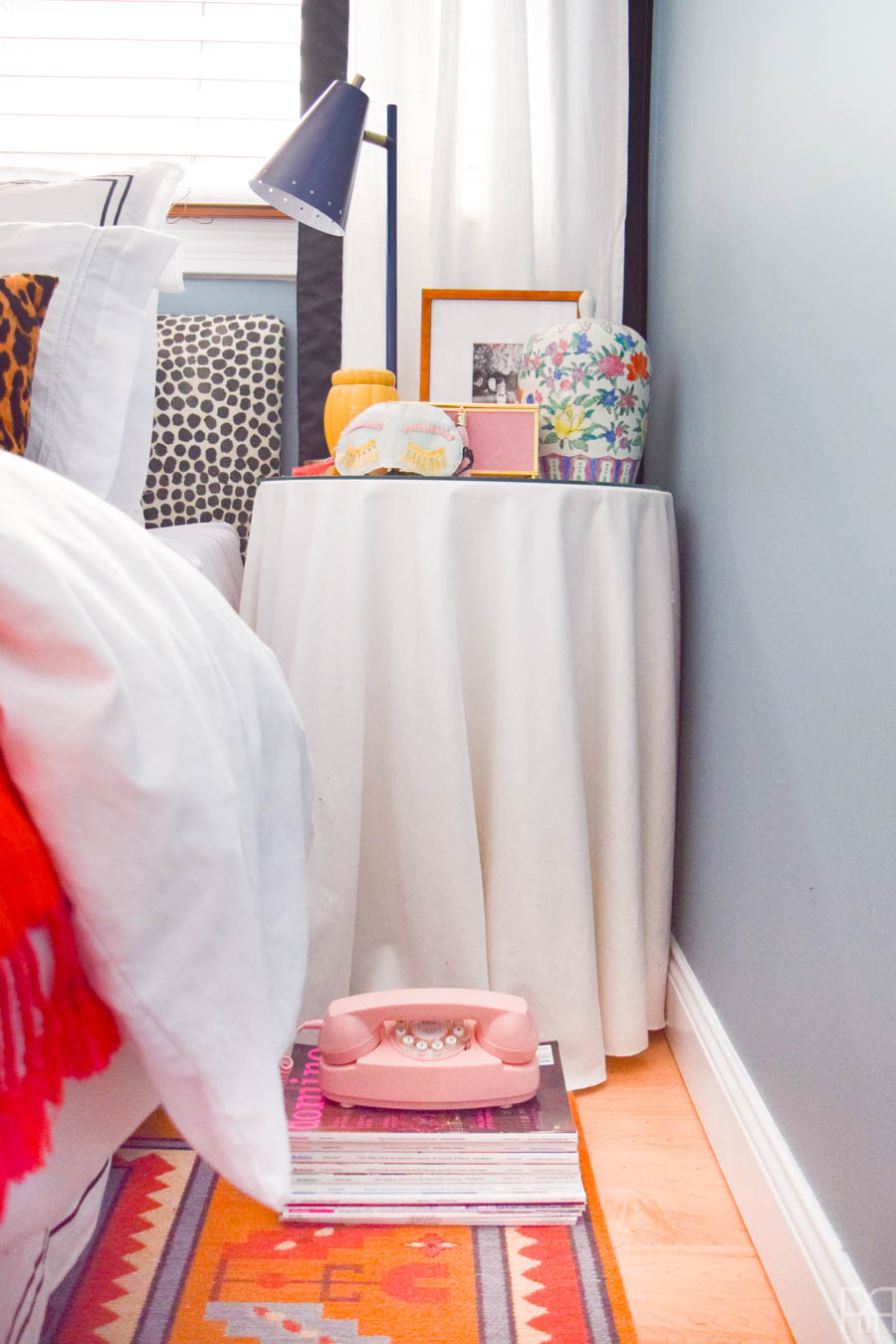 Wake Up: Between 6 and 7 am. Depends on what’s going on at work that day. Maybe hit the snooze button once, but otherwise up and at em!

Sleeping habits: I like to read a book before bed, maybe a few minutes on my phone. Then it’s sleep time. <– he’s dead serious about this.

Experience: The big thing for me is falling asleep. She likes to browse the interwebz on her iPad for an hour in bed, which is pretty disruptive to me. To fall asleep I prefer darkness and silence! Sleeping separately a few nights a week is good, it allows me to make sure I get a good nights sleep before an important day. This is especially true based upon our vastly different bed times. 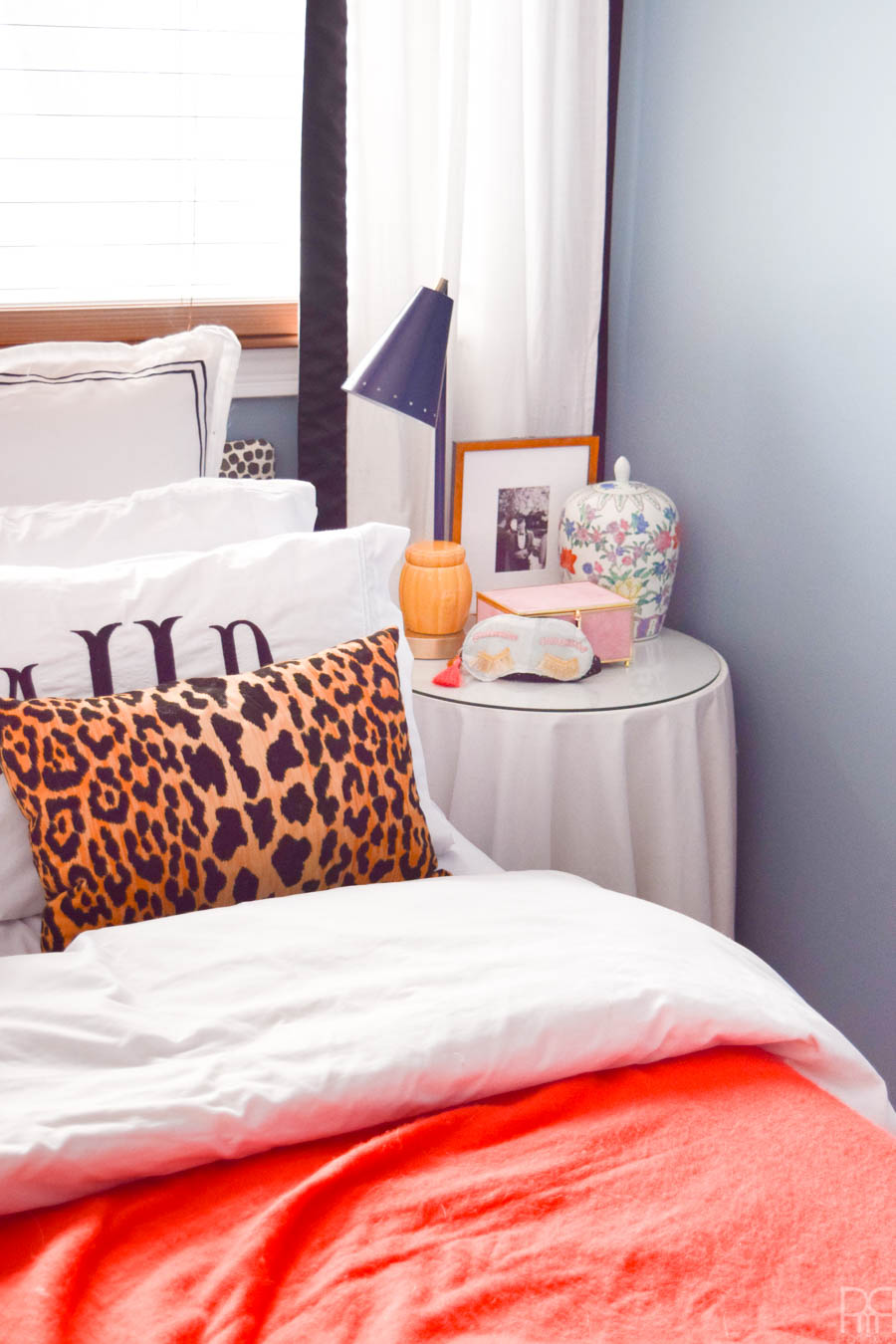 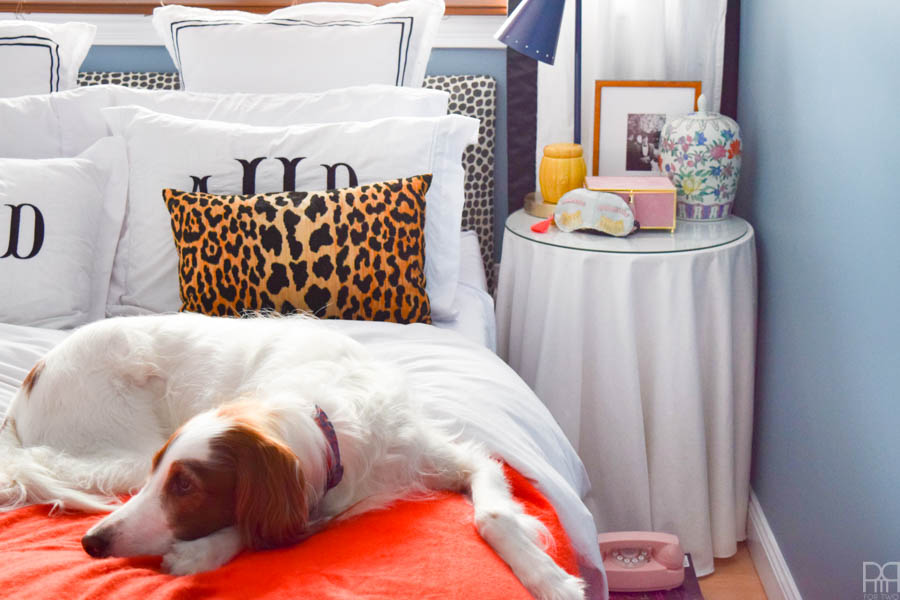 As you can see, we’re essentially torturing ourselves by sleeping in the same bed when we have busy days ahead. We owe it to ourselves and each other, to get a good night’s sleep.

We’ve only been able to do this recently because when we moved my office out of the guest room, we finally had the opportunity to put a guest bed in the space. While it’s not a traditional bed (more on that later), it does have a super comfy mattress which we’ve been taking turns testing out. Tune in next week to catch our plans for the space, and see how we’re working that tiny space.

So far we’ve got a few rules of thumb to guide our sleeping arrangements going forward: namely that we’ll sleep in the same bed if we’re going to bed at the same time, and on the weekends. Days when one of us has to get up super early, or be awake really late are nights we absolutely spend in different beds.

I hope this little slide of life was interesting, and hopefully encourages you to get a good night’s sleep.