Remember our fancy camera security system – the Blink? Well we also use it as our pet camera system. That’s right, we’ve got a camera in the living room for the sole purpose of watching what Bruce does. Why? Because if you watch him in my stories, you know what a weirdo he is, but also how much trouble he gets up to. 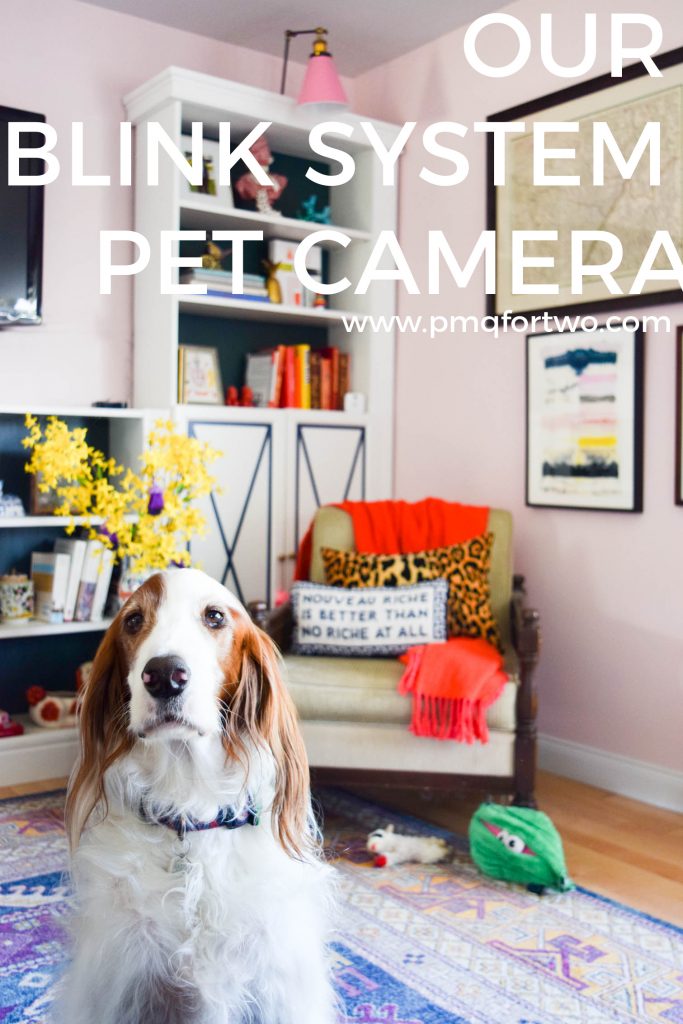 Why did we get a Pet Camera System?

We got a series of Blink’s outdoor cameras, but we also specifically opted for some indoor ones because we both like to check-in on our muppet. Bruce does his darndest to make the house a mess on most days, but we always tend to leave him for long stretches, so it helps to be able to check in on him.

He’s usually just sitting on the couch looking out the window, or snuggling with Boots. Once the system is armed though, any major motions will set it off, and we get alerts that he’s up to something.

This is particularly nice, because we both feel like we miss so much of him, so getting updates with his activity is a nice little pick me up. If we were monitoring for certain activity, this is how we could check-in regularly. 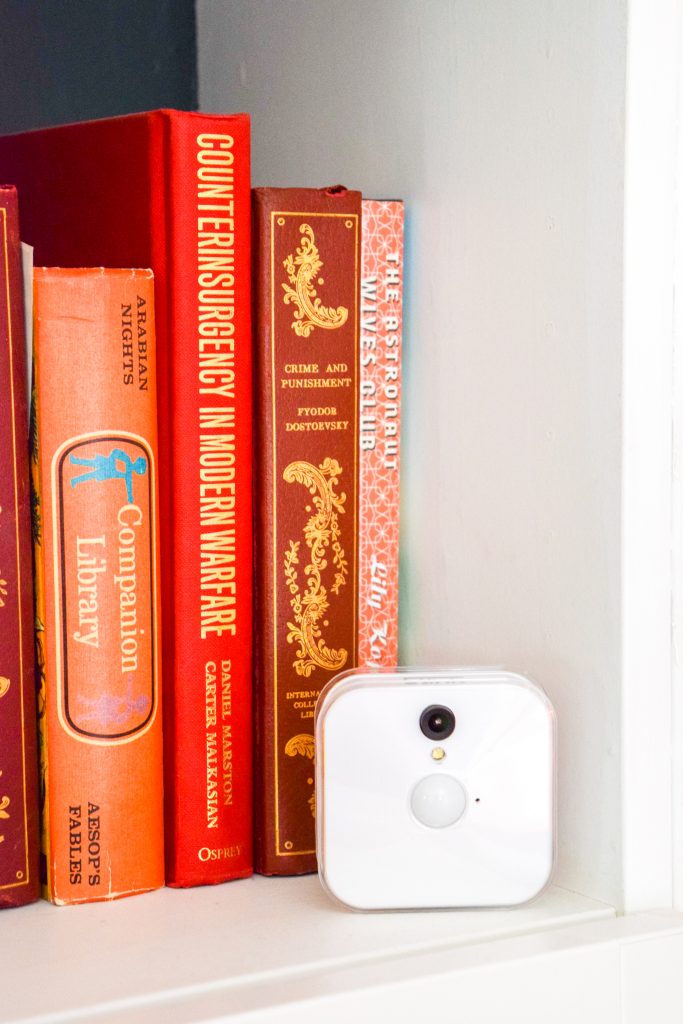 Why do we like Blink as a Pet Camera System?

One of the great things we’ve discussed about the Blink home security system is the motion activated alerts (which are immediate), but also the ability to watch any of our feeds “live.” That’s right, we can watch what’s going on in live-time, whenever. We usually only check-in during a motion alert though.

Don’t forget to check out the rest of the pet camera system features, for a comprehensive list though.

But if we wanted to, we could use the pet camera system to track where he is in the house, based on live feeds alone. I can also see what the cats are up to. We’re mainly interested in Bruce’s shenanigans, since he’s the one who often kicks all the cushions off the couch.

FYI the blink camera system also comes with a light, so when it’s tracking motion in the house at night, a handy dandy light comes on so that we get a better visual. 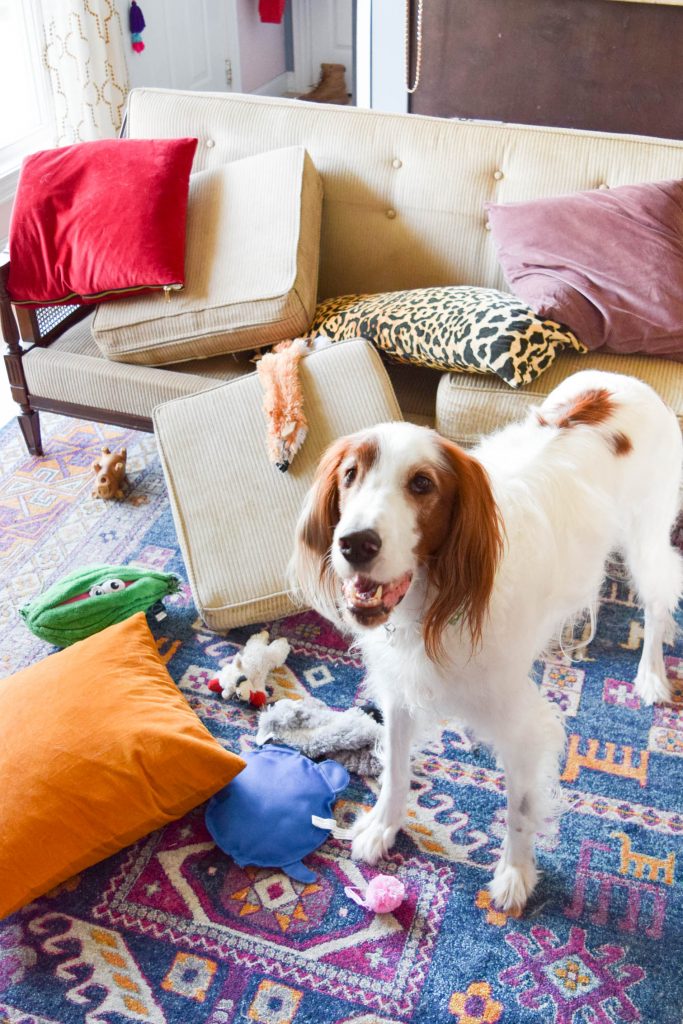 That’s the face of guilt right there. Total and complete guilt. 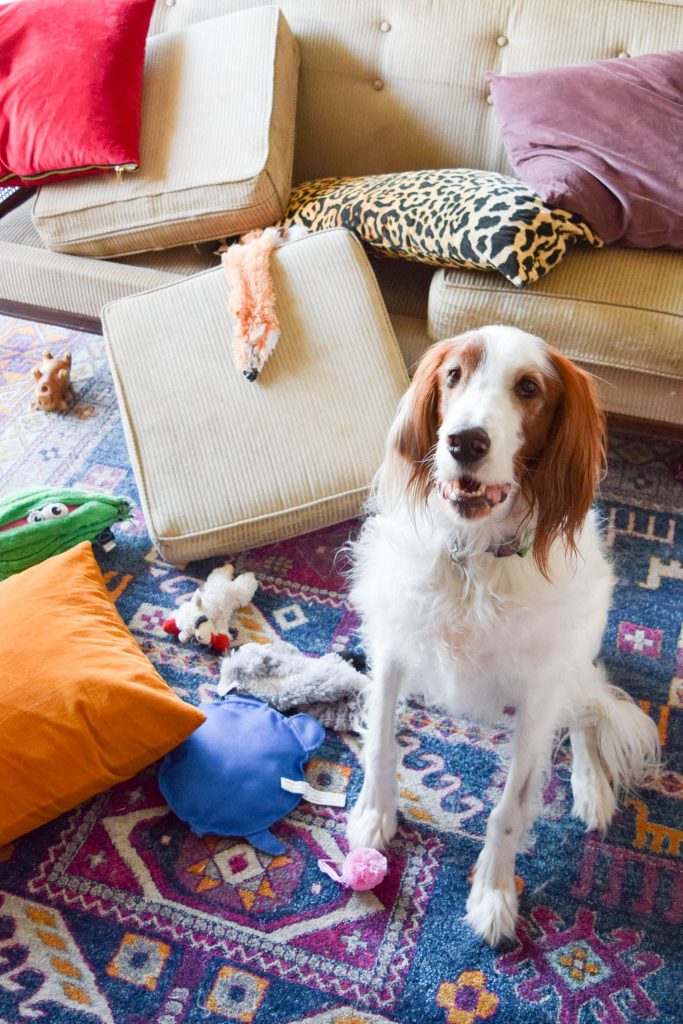 What else does the Pet Camera System allow us to do?

Does anyone remember last September when Bruce got sprayed by a skunk on our back step? He was barely out the door when the skunk let lose, and he caught the full brunt of it. As did our back door.

Now, with the Blink camera system we can check for motion alerts in the backyard, or just check the cameras before letting him out. No more skunk surprises for Bruce!

We’ve also noticed that our backyard is a cat highway, as there are usually about half a dozen motion alerts for cats walking through the yard. Maybe they’re here for Bruce? who knows.

Like I mentioned above though, we mainly just use the pet camera system to check-in on the pets (including Boots!). 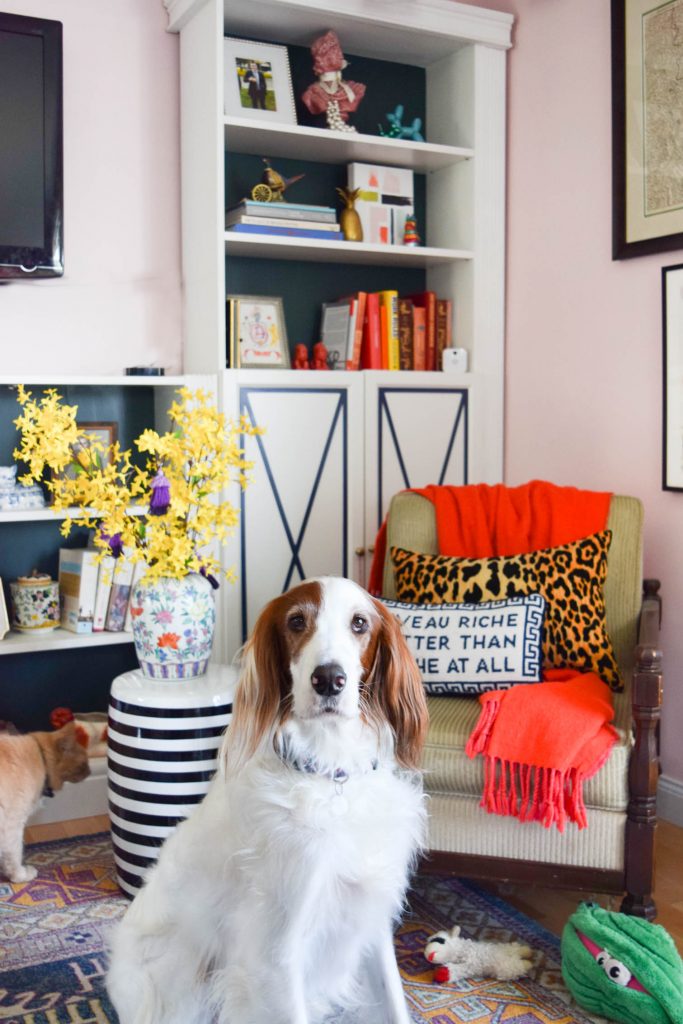 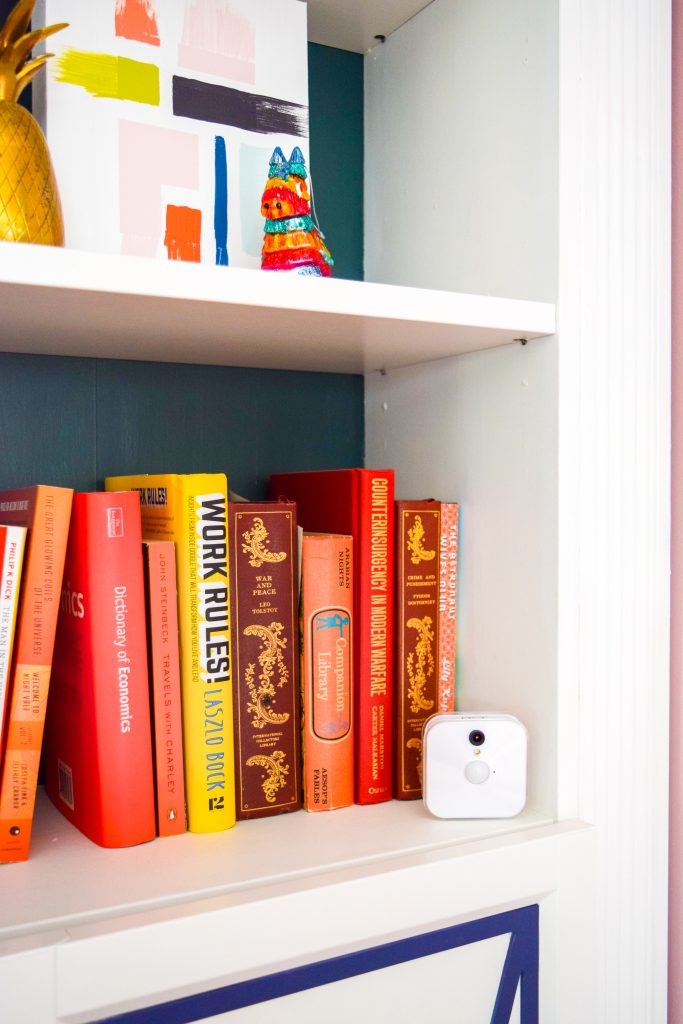