Grab your pineapple folks! It’s time for some Hawaiian Punch Cheesecake bars. Summer is the perfect time for a fruity dessert, and an even better time for a Jackson Morgan cocktail. Let’s combine the two!

Check out my other Jackson Morgan recipes

* Jackson Morgan sponsored this post, but all thoughts are my own. Thank you for supporting the brands that make PMQ for two possible. 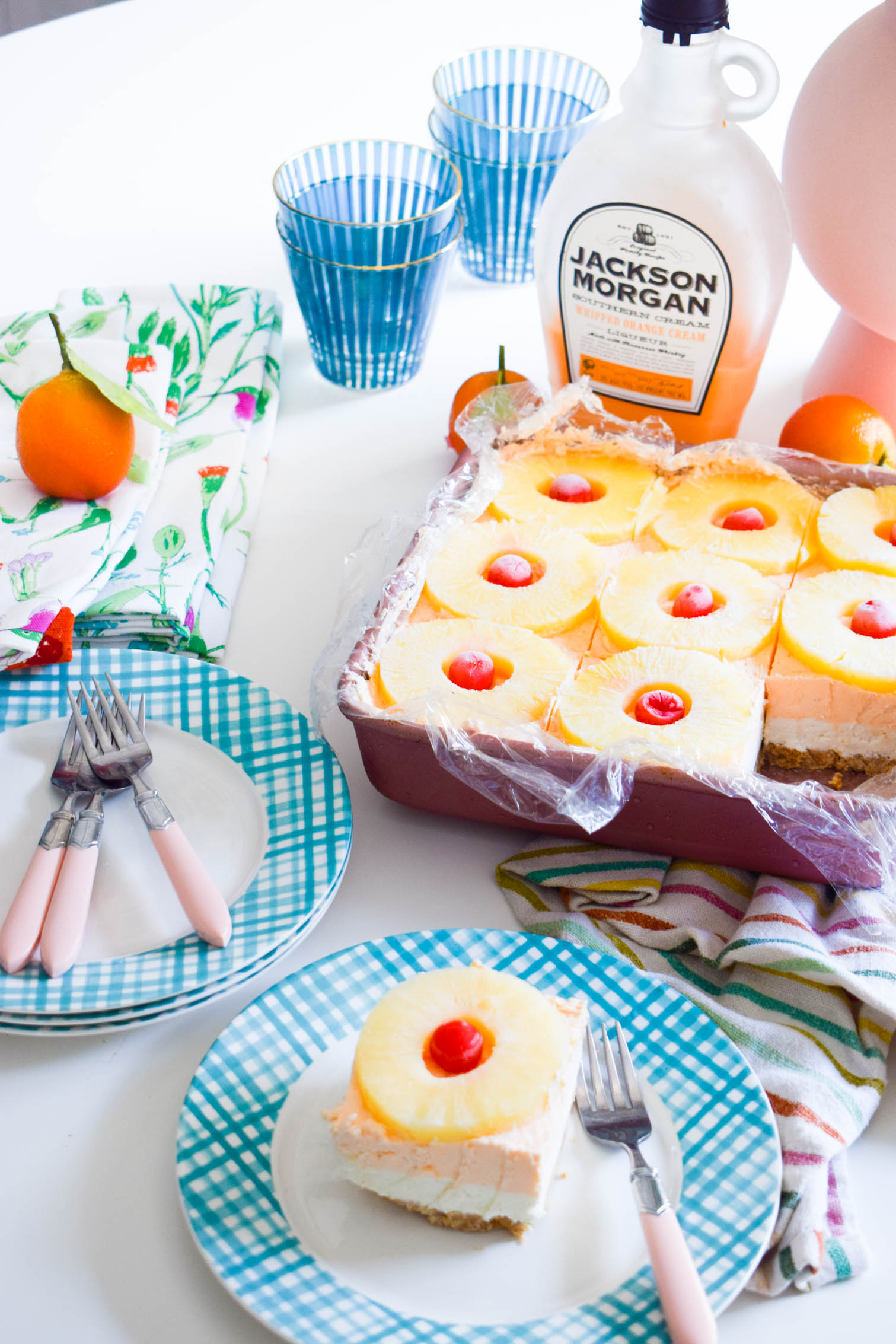 I was looking through Pinterest looking for tasty summer desserts, and decided that an icebox cheesecake was the way to go.

I adapted this recipe from the Orange Creamsicle Dream Bar recipe that 365 Days of Baking and More created. That’s what I love about recipes, you can change them to suit your taste!

You know of my love for Jackson Morgan Southern Creams, especially in baking! I’ve made some really tasty treats over the years, and this is just another one.

I combined the Peaches & Cream and Whipped Orange Cream to create one tasty layer in the Hawaiian Punch Cheesecake Bars. I could have added another layer with the Banana Pudding Cream (and I may yet still), but for a first go, this tasted divine. 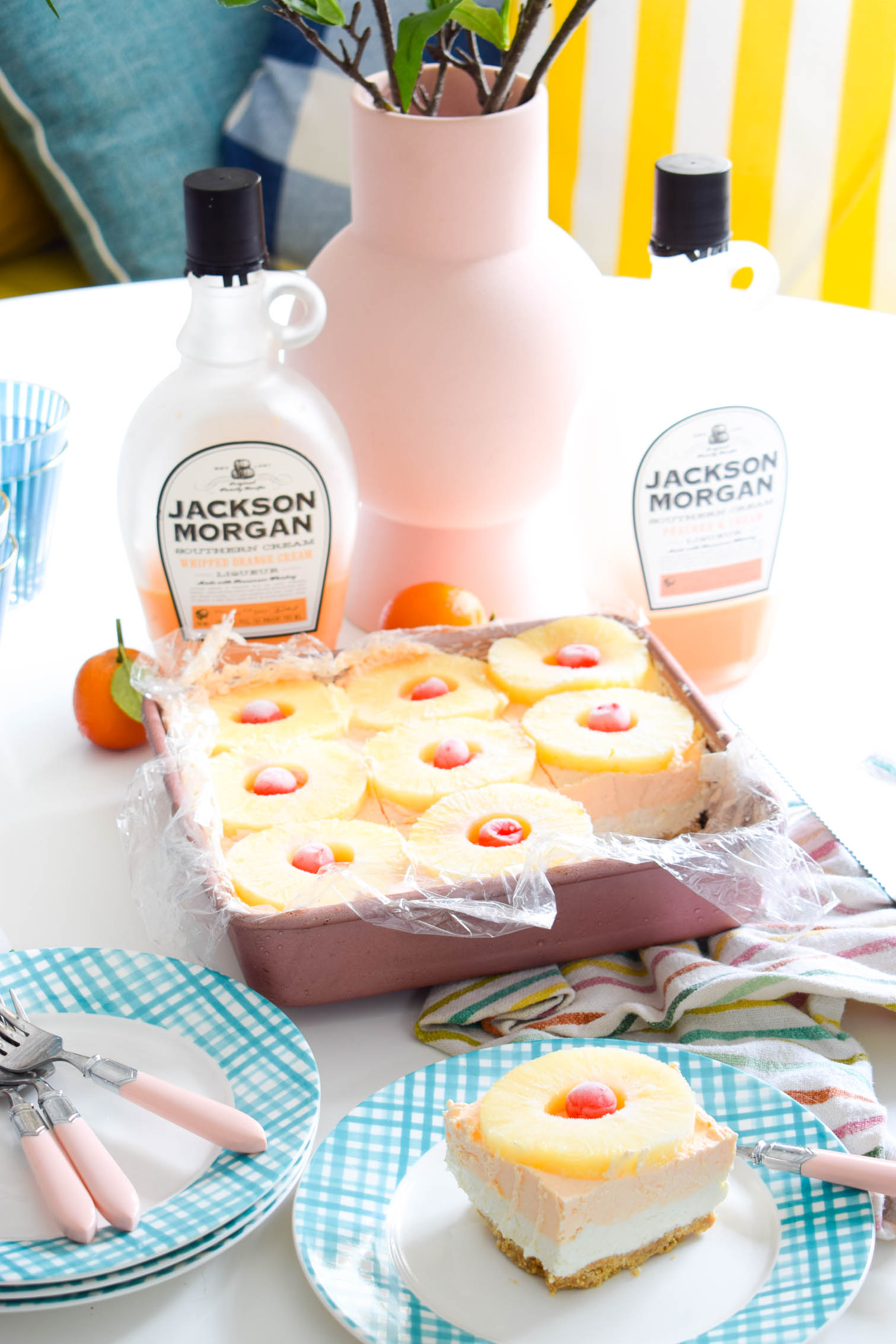 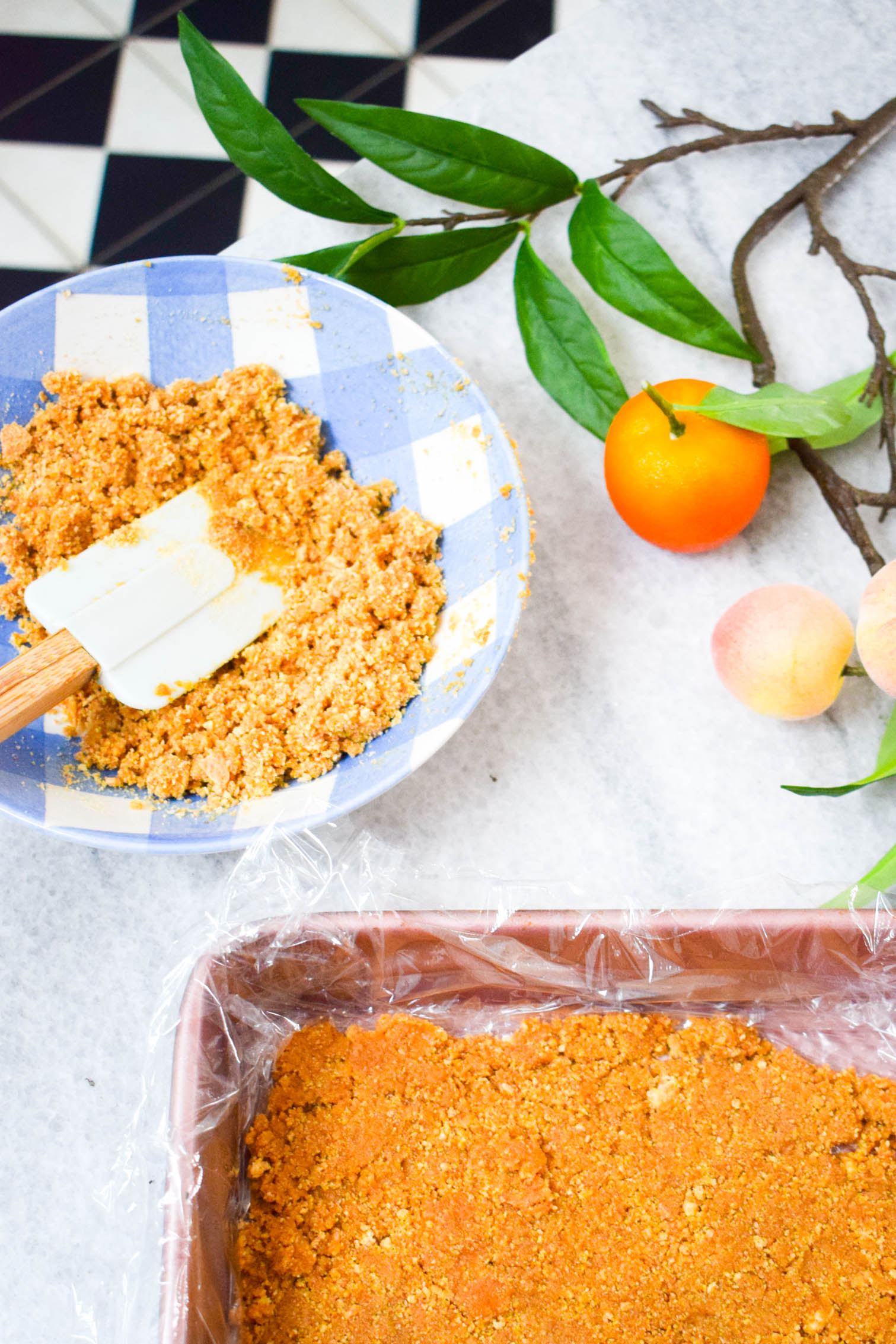 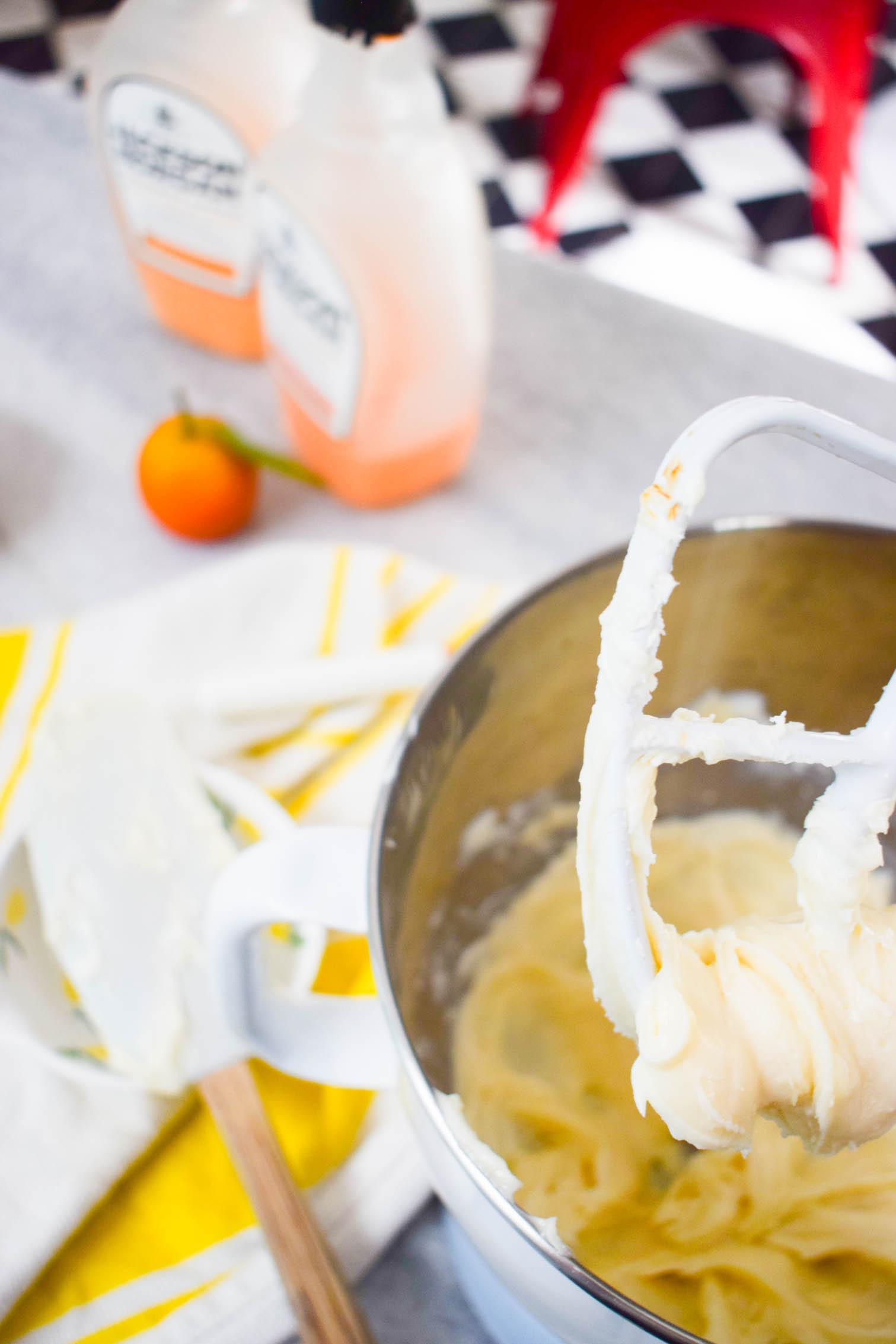 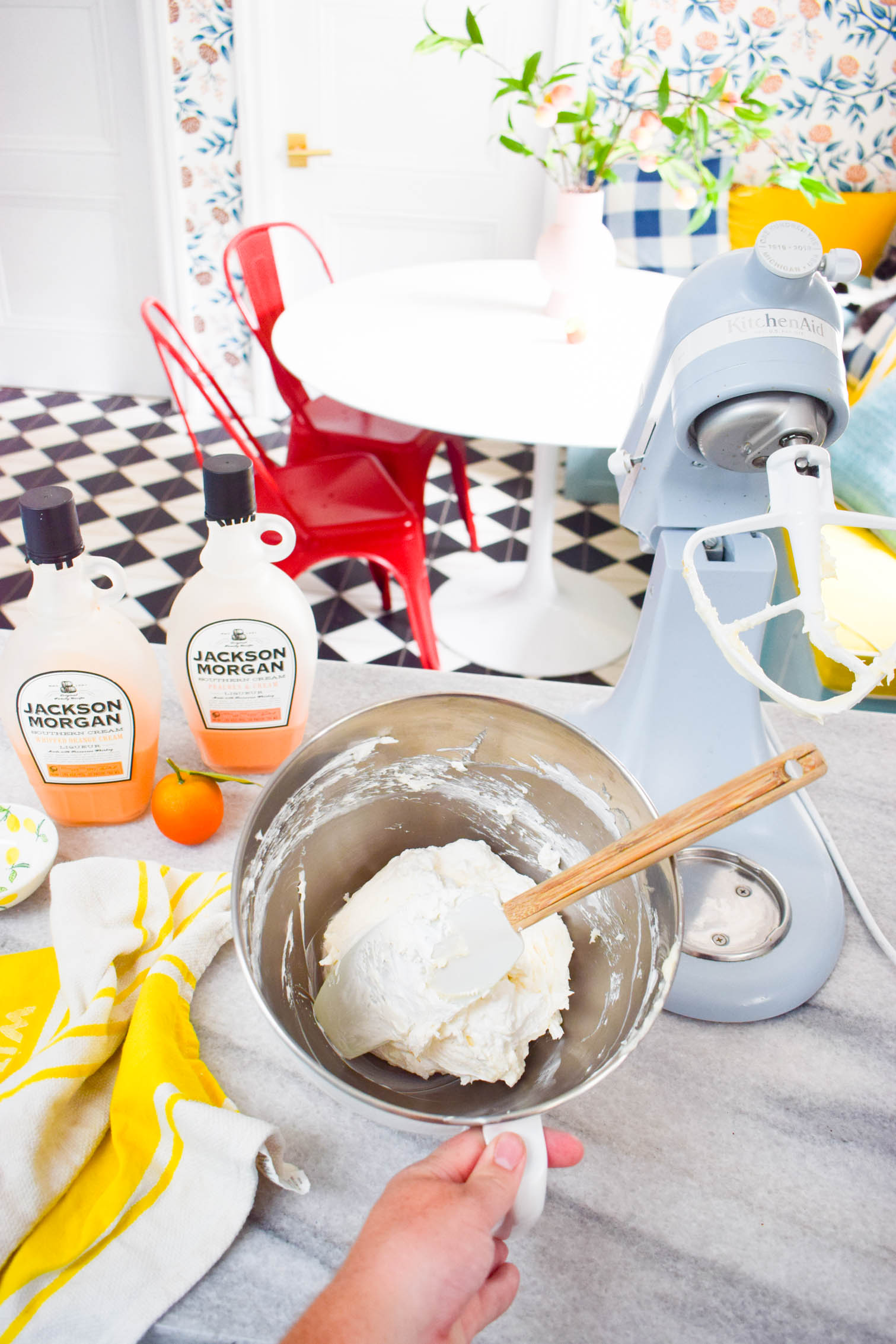 Remove all the parts from the fridge and freezer. 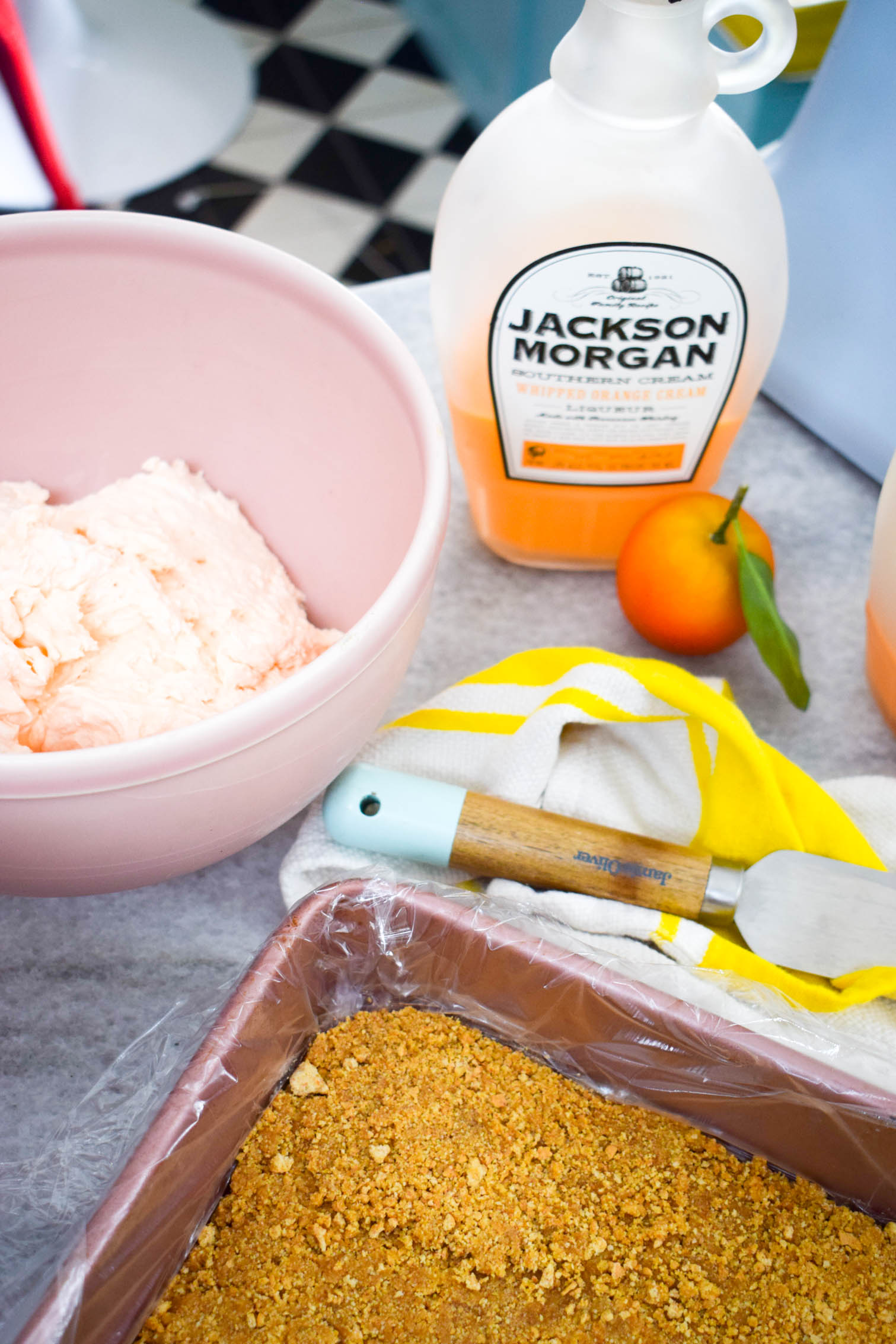 Using an offset spatula, add the cheesecake layer over the graham cracker crust. Make sure to get an even application, and to get the corners!

Next, add the Orange and Peaches & Cream layer using the same method. 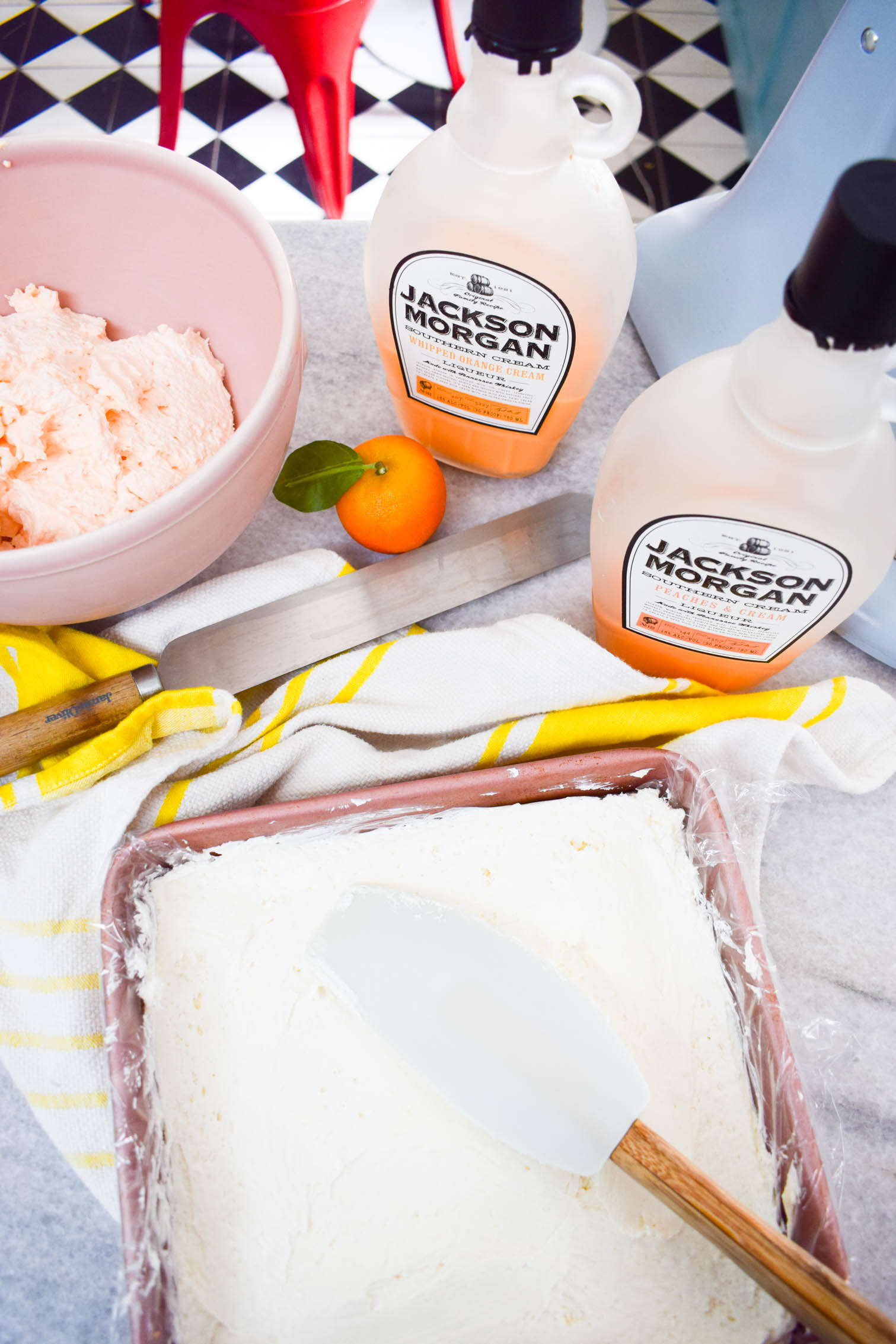 Pop the entire tray into the freezer for at least 6hrs (I left mine overnight). 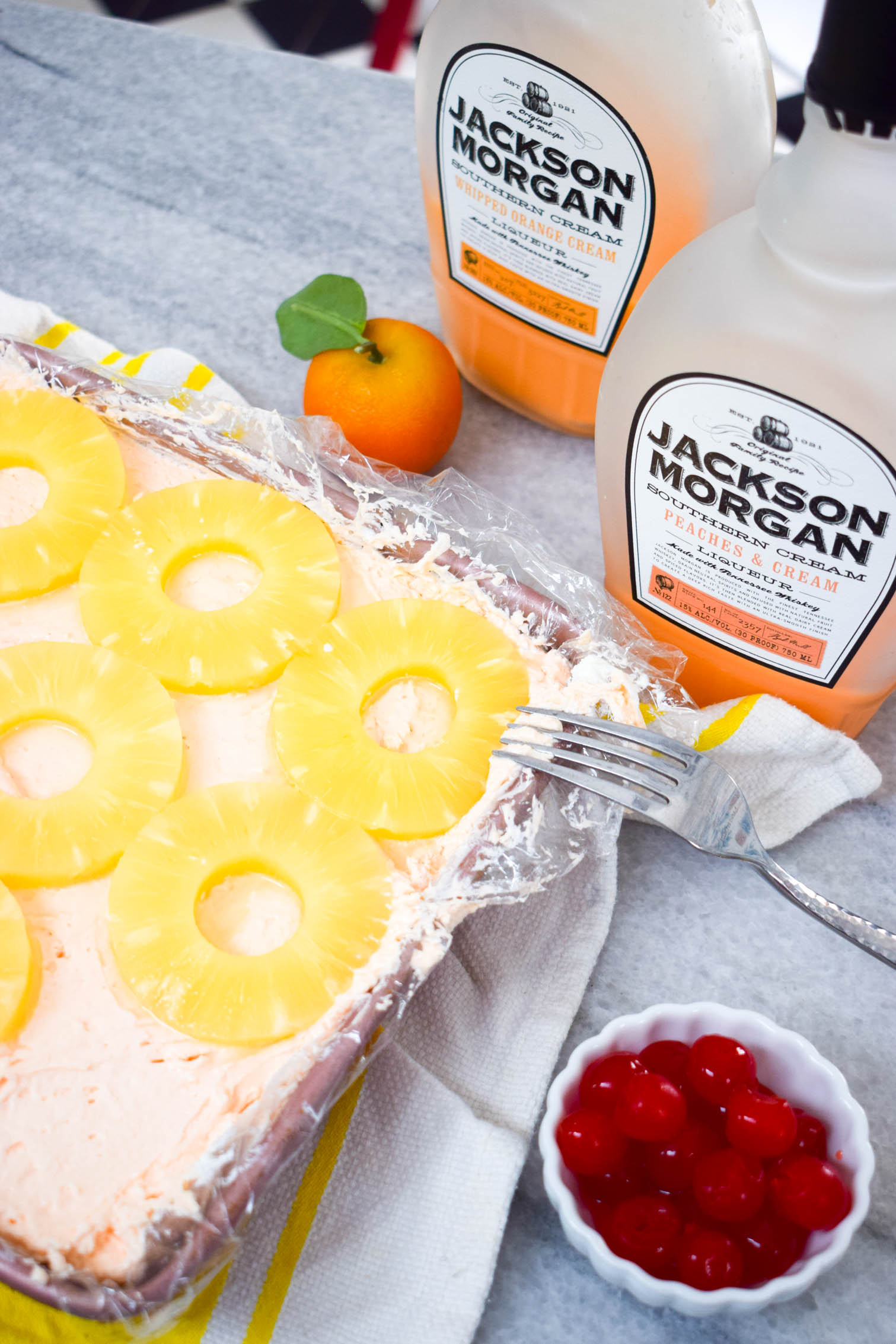 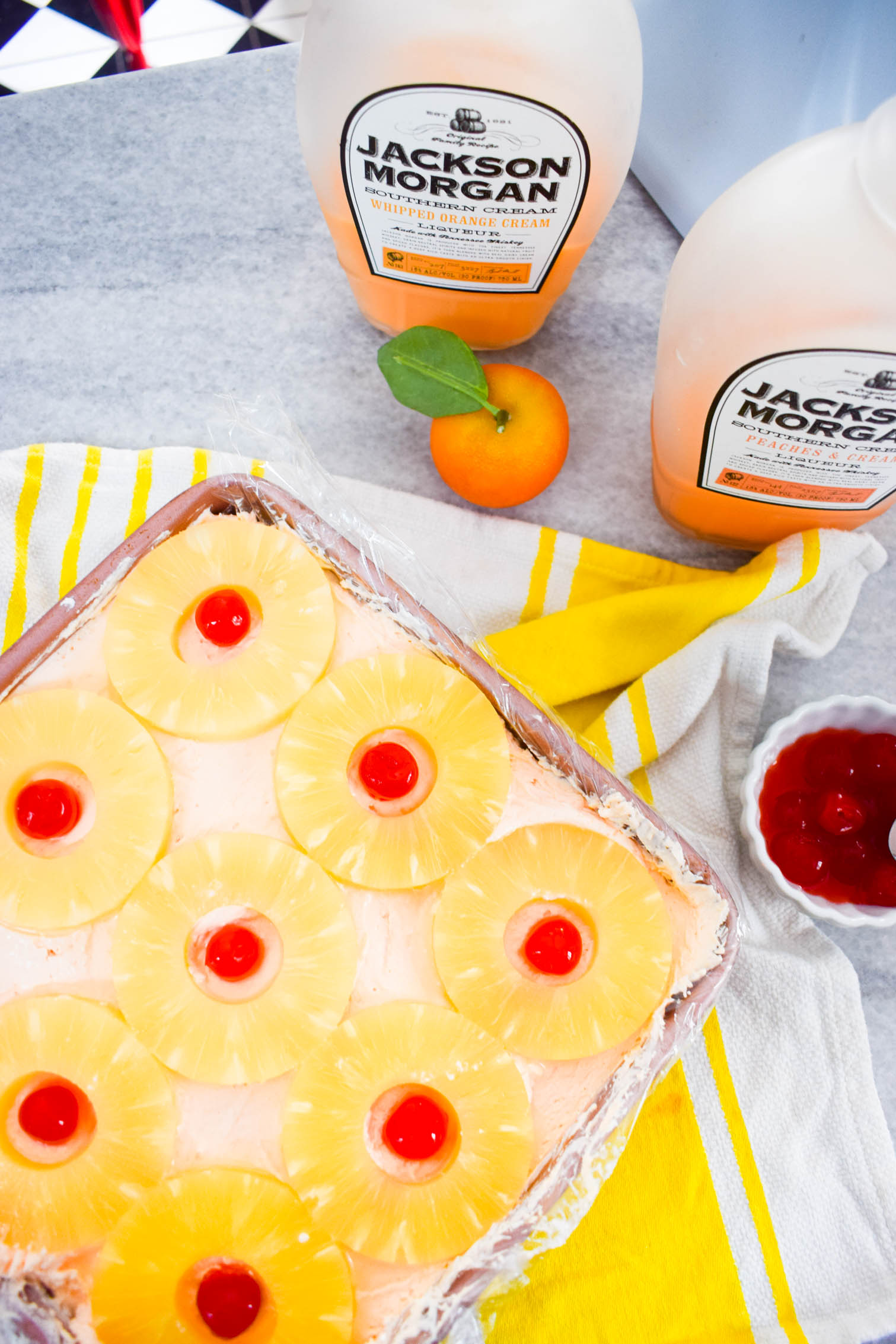 The next day they were set perfectly. The knife cut through them perfectly, and each one lifted out of the pan without difficulty.

The cool whip stabilizes everything without making it heavy and rock hard. Gotta love that! 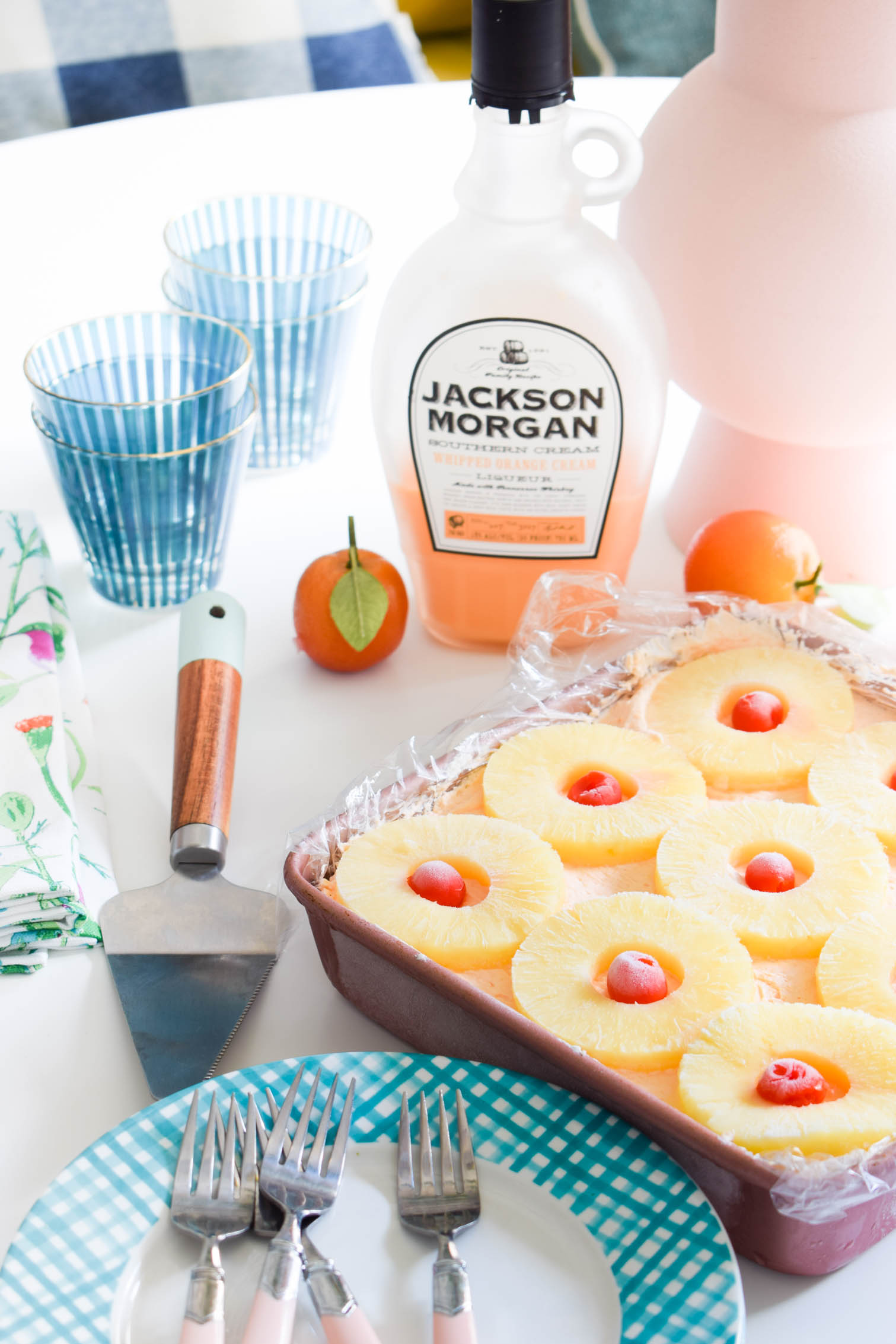 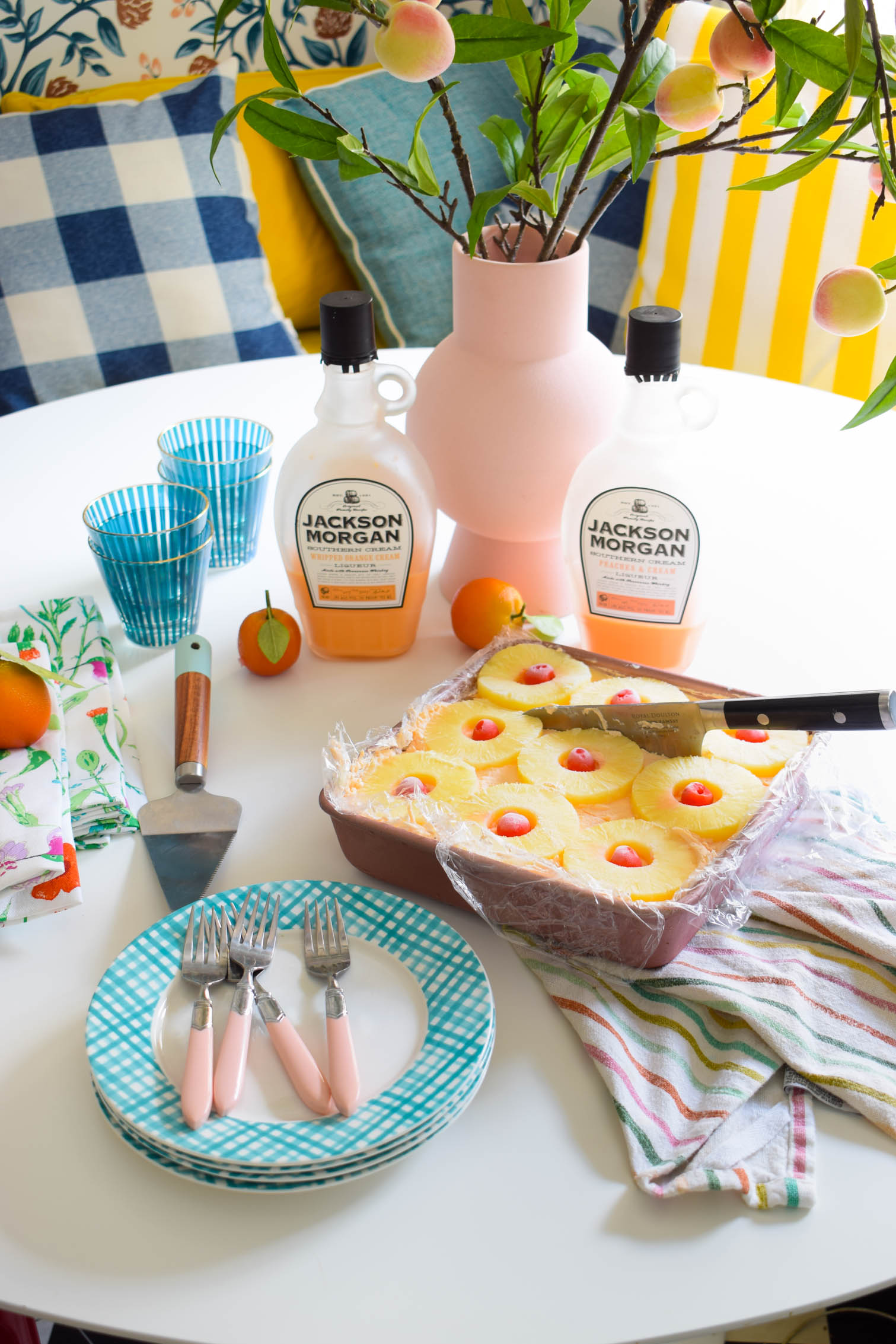 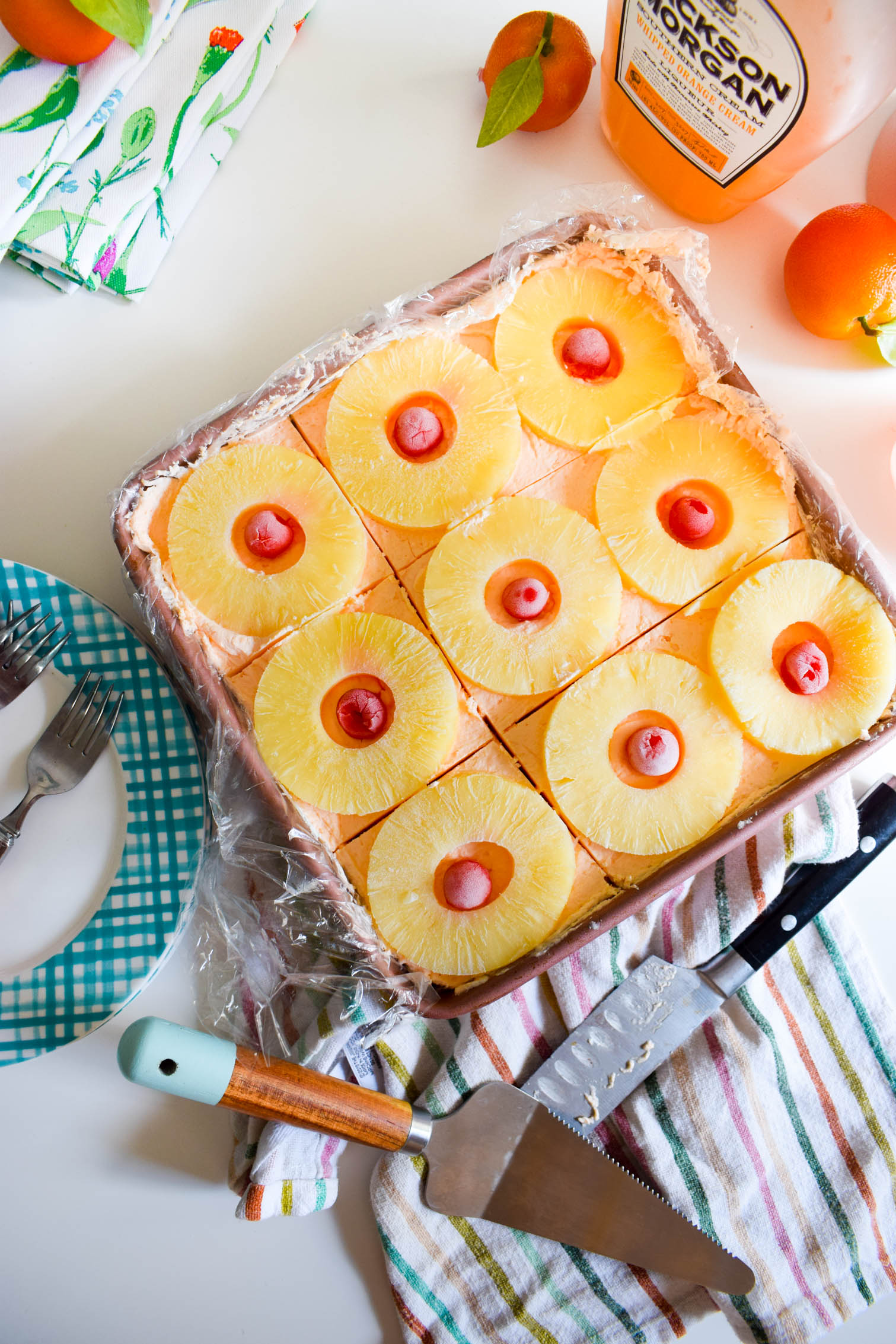 I tried to cut around the pineapple rings so that each square would have a whole ring. 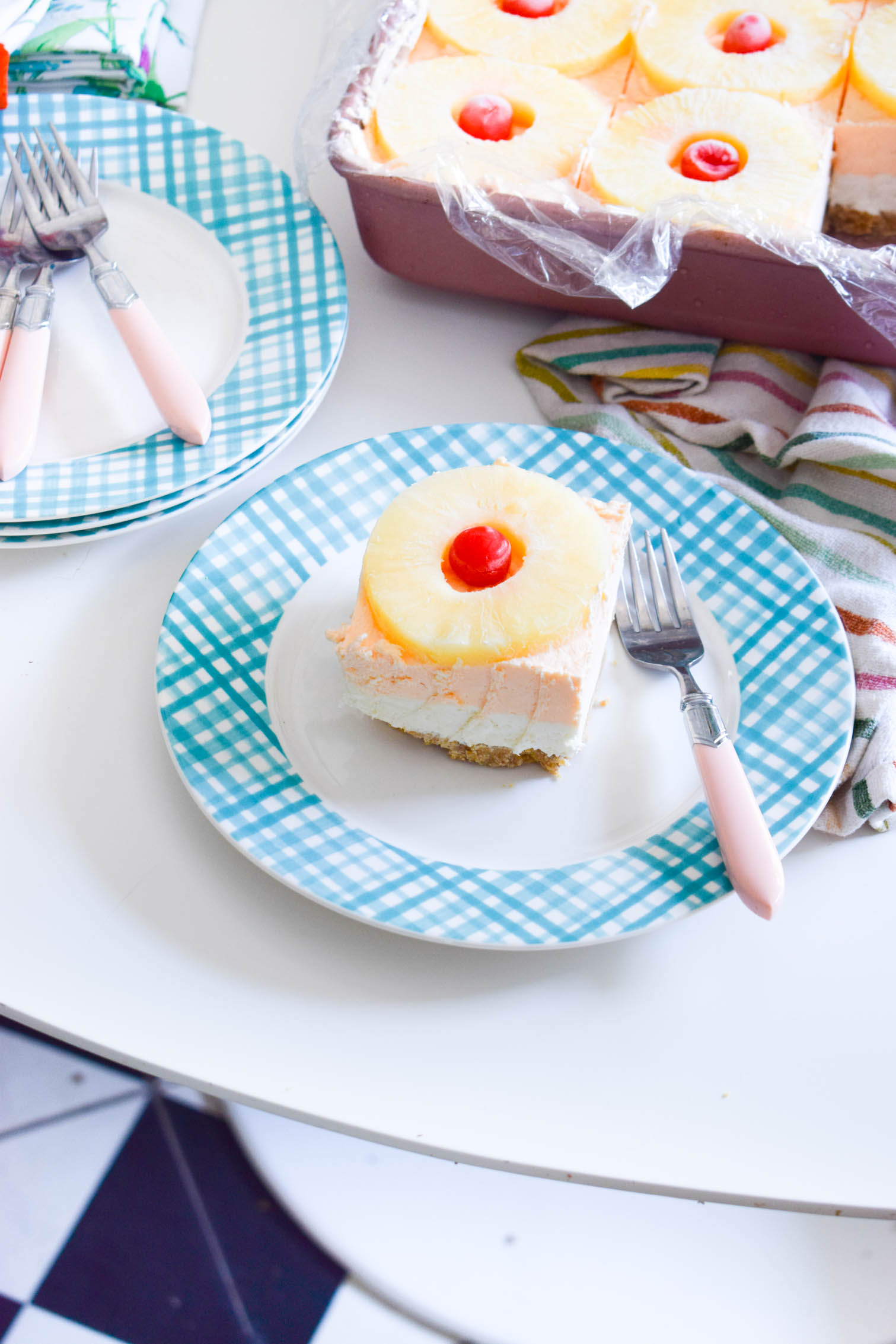 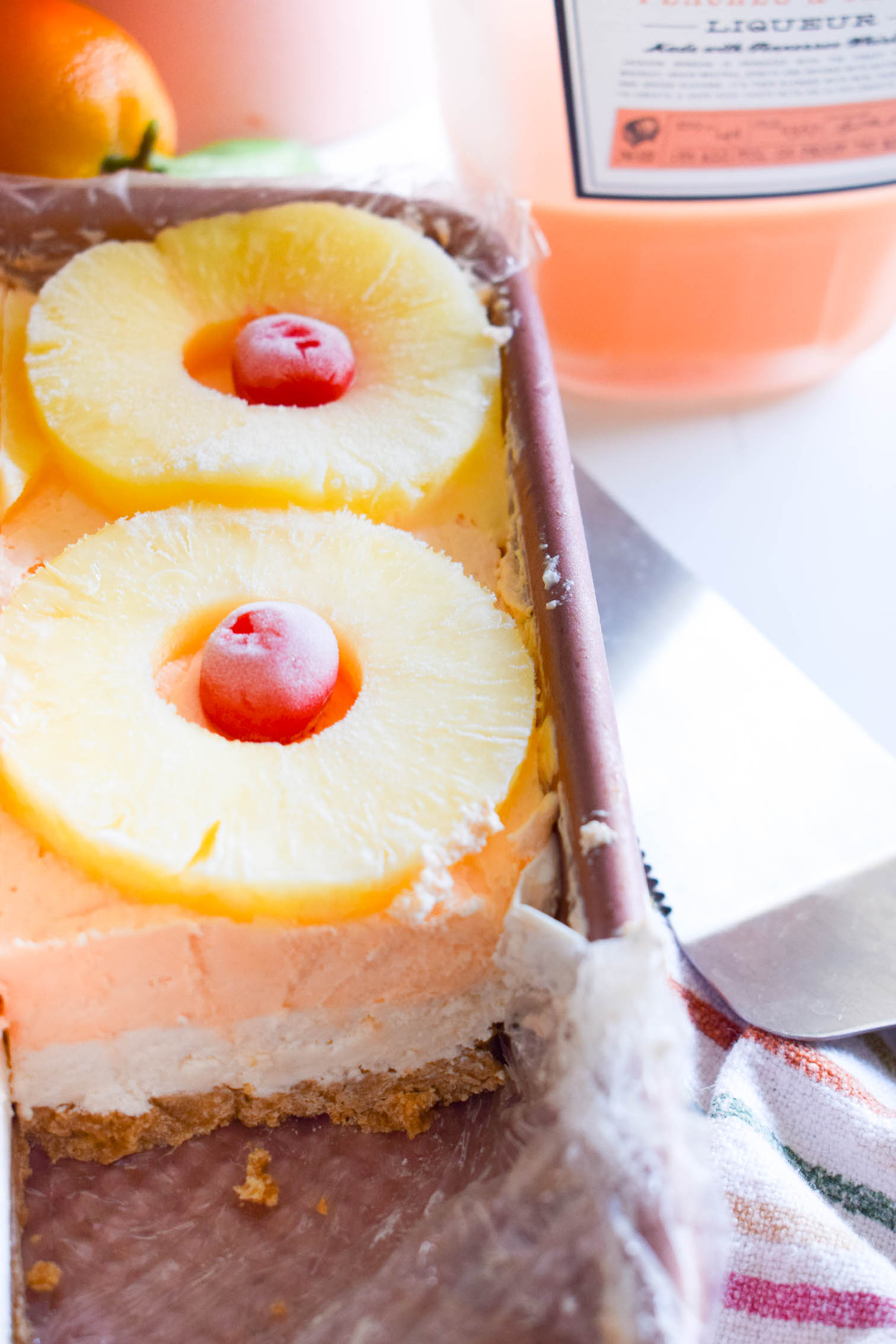 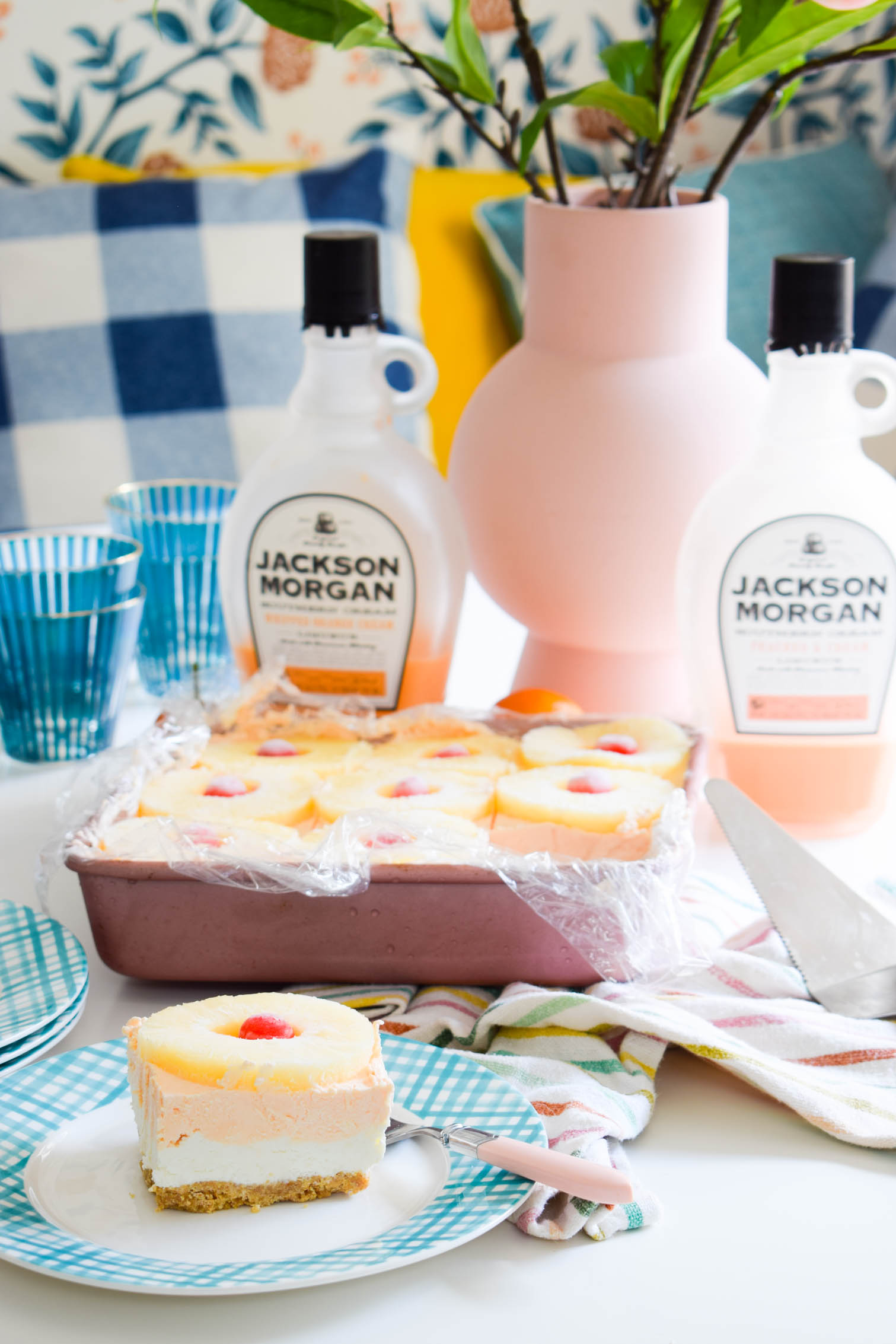 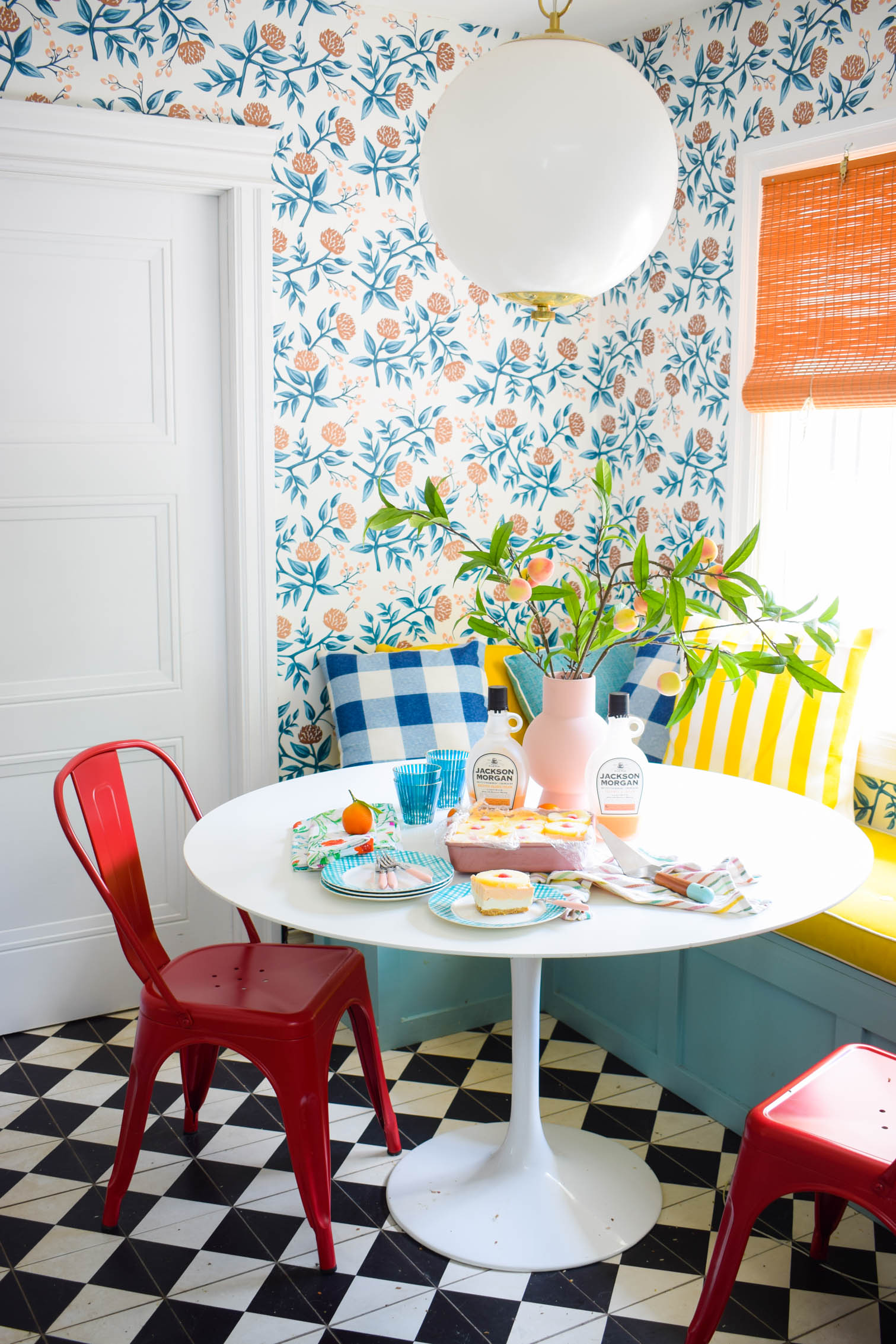 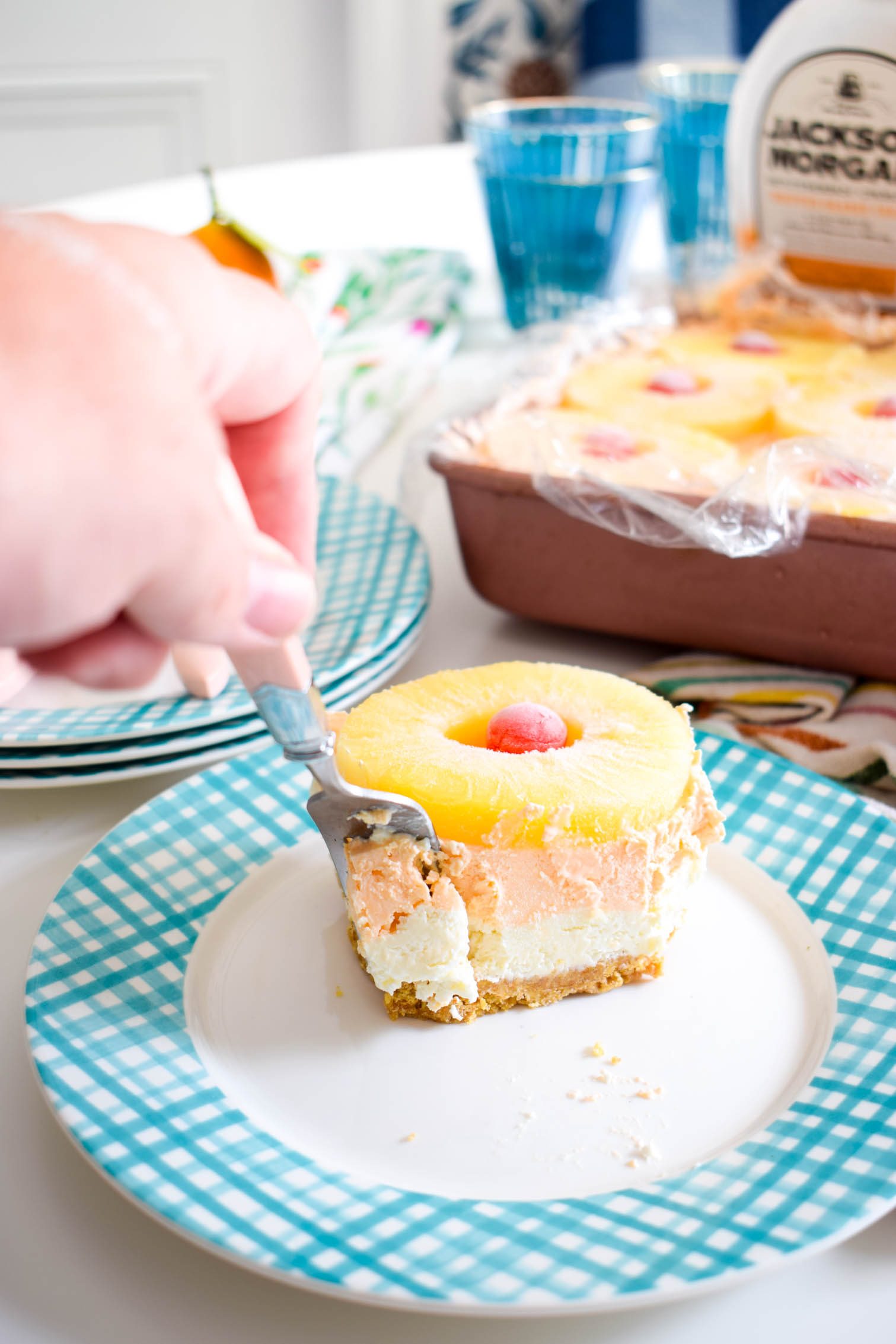 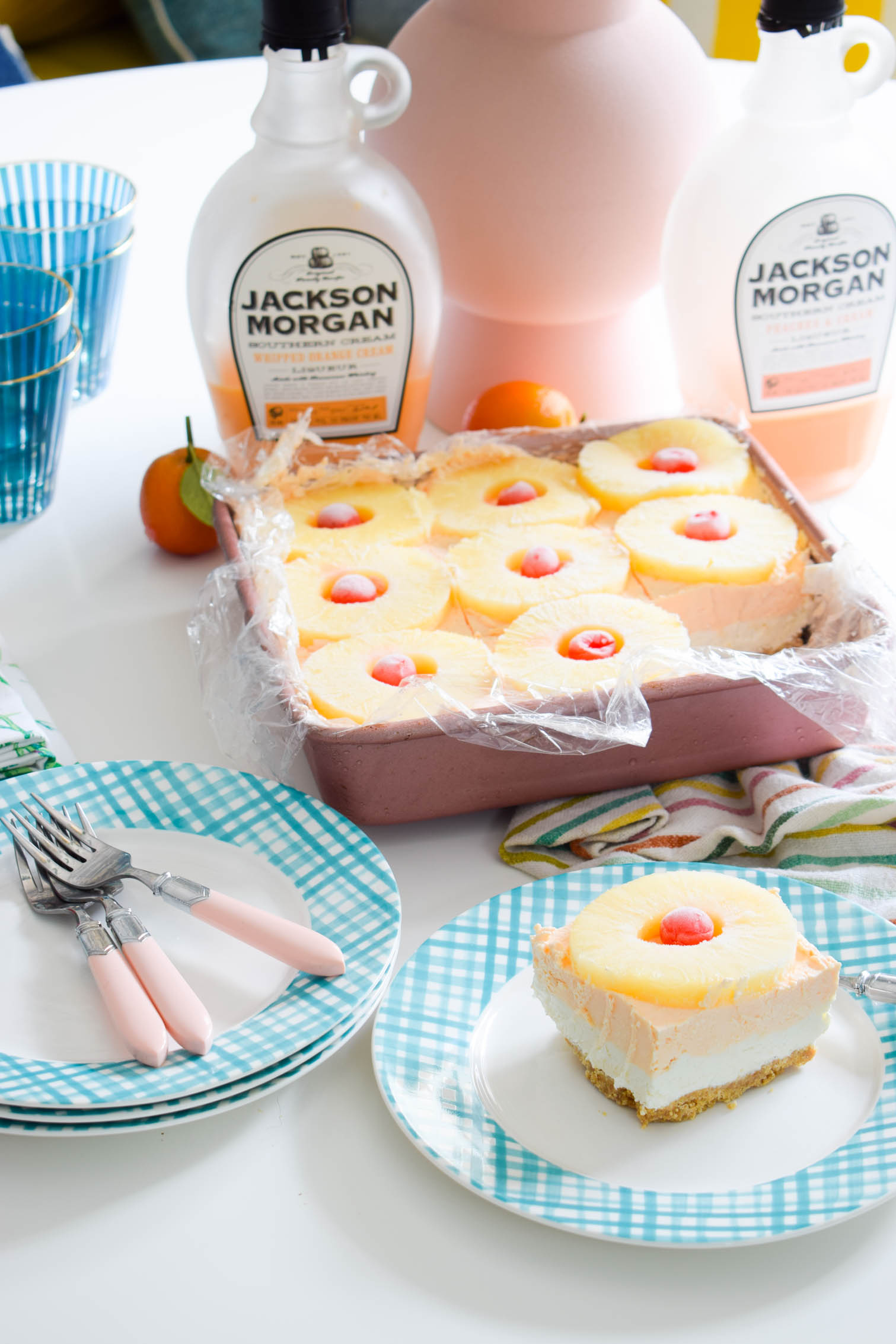 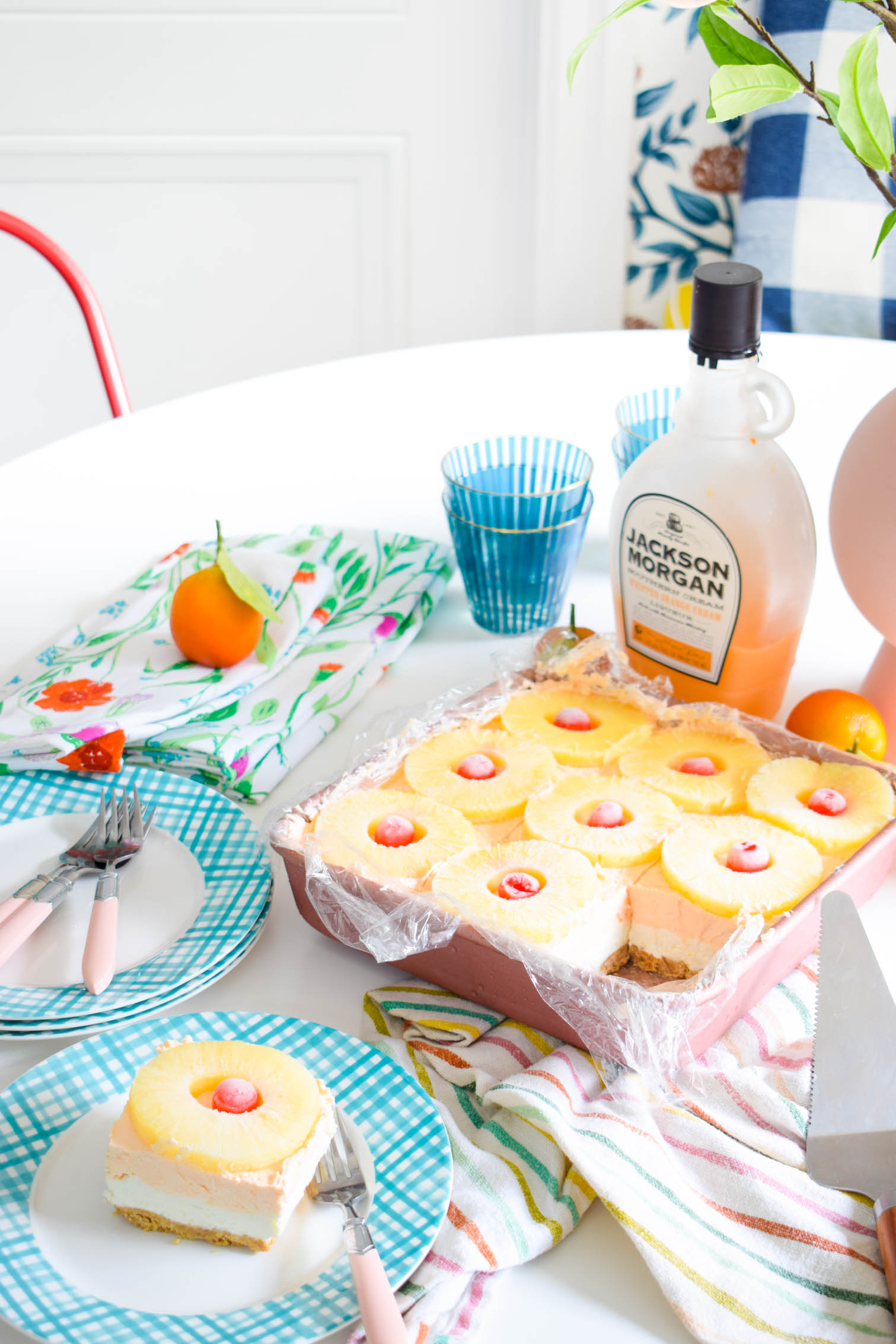