Did you catch my Instagram stories last week? I was super excited to share about our Blink Home Security System, and I spent quite a bit of time showing it off. In fact, this week I’ve also been sharing some of the live feed we have, as well as fun pics and moments captured on the system. Before you roll your eyes and skip ahead, I want to say that this system is a) renter friendly b) wireless c) easy to move around d) hosted on Amazon servers e) has an app so you can easily check on things and get alerts f) has an audio feed as well, so it’s basically the perfect things for us right now. 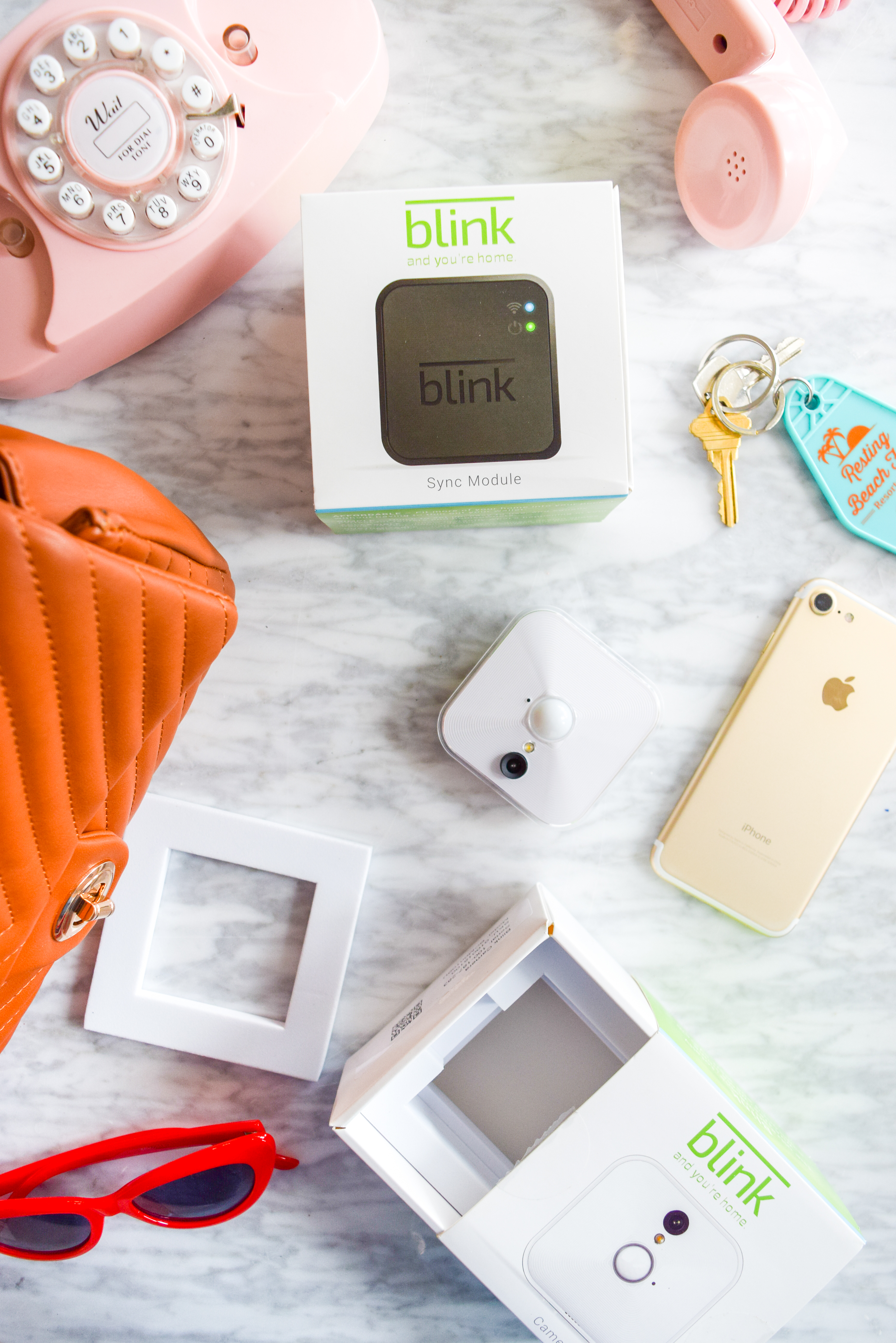 So to start, I want to say that we’ve been considering a system like this for a while. Between the skunks in our backyard, the amount of packages that just get left on my doorstep (on a busy street mind you), and the summer shenanigans that go down in the PMQs, this has been a long time coming.

We’ve looked at quite a few systems, but found them either too expensive, not easy to move with us, or they required drilling for wires etc. We don’t really want a bunch of censors everywhere, and we’d much rather have the ability to do a live feed of whatever is going on. The fact that everything is hosted on Amazon servers means that it will never ever go down, so that’s nice to know. 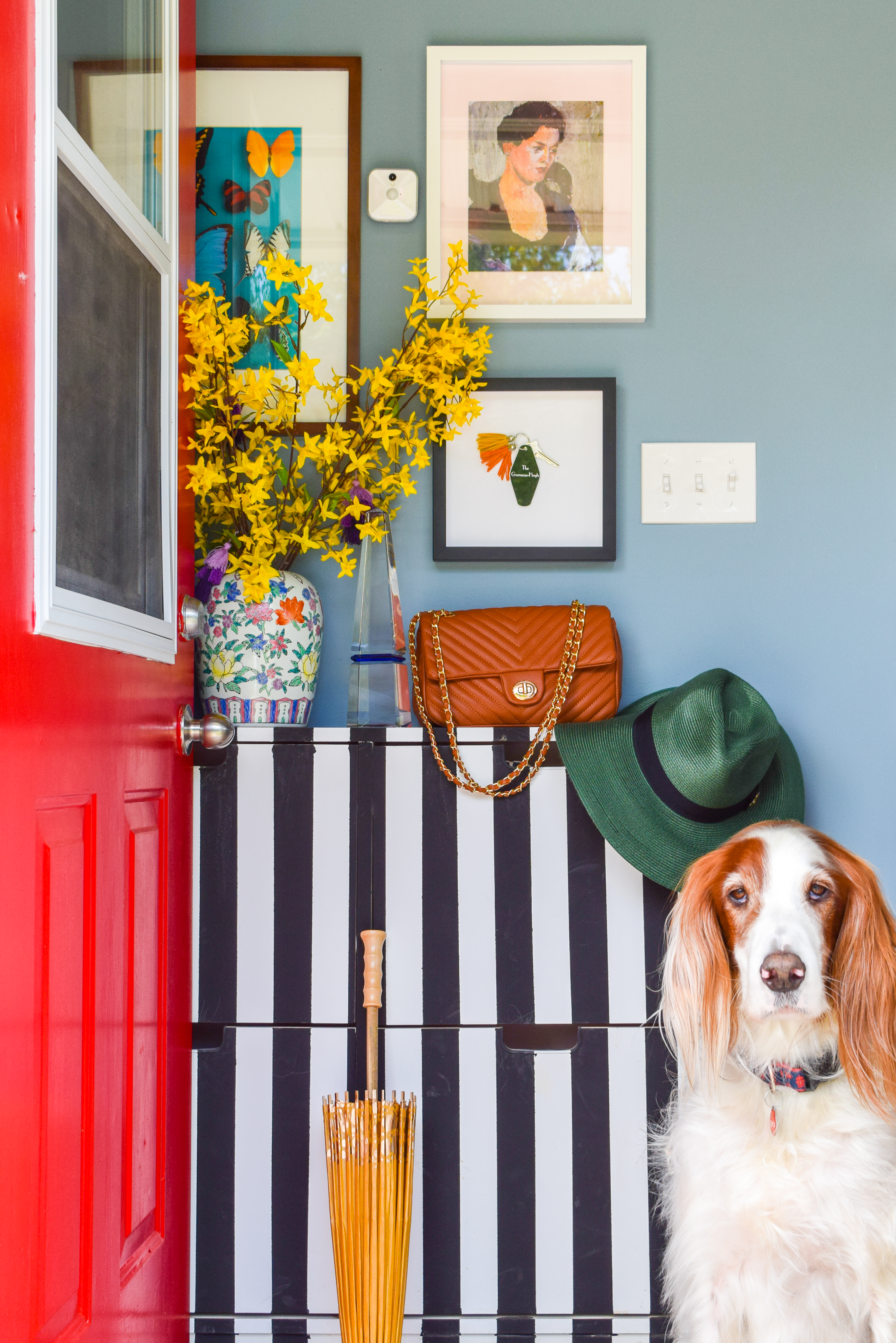 Bruce’s ego is a little bruised. He’s been our trusty and valiant guard dog for years. But let’s be honest, he sleeps on the job a lot, and he can’t record what’s going on. With the Blink systems, we can actually check in on him and pets while we’re at it, but that’s a post for another time.

Our system is a mix of indoor and outdoor cameras. For obvious security reasons, I will not disclose where all of the cameras are, but I will say that we are 100% covered with them. 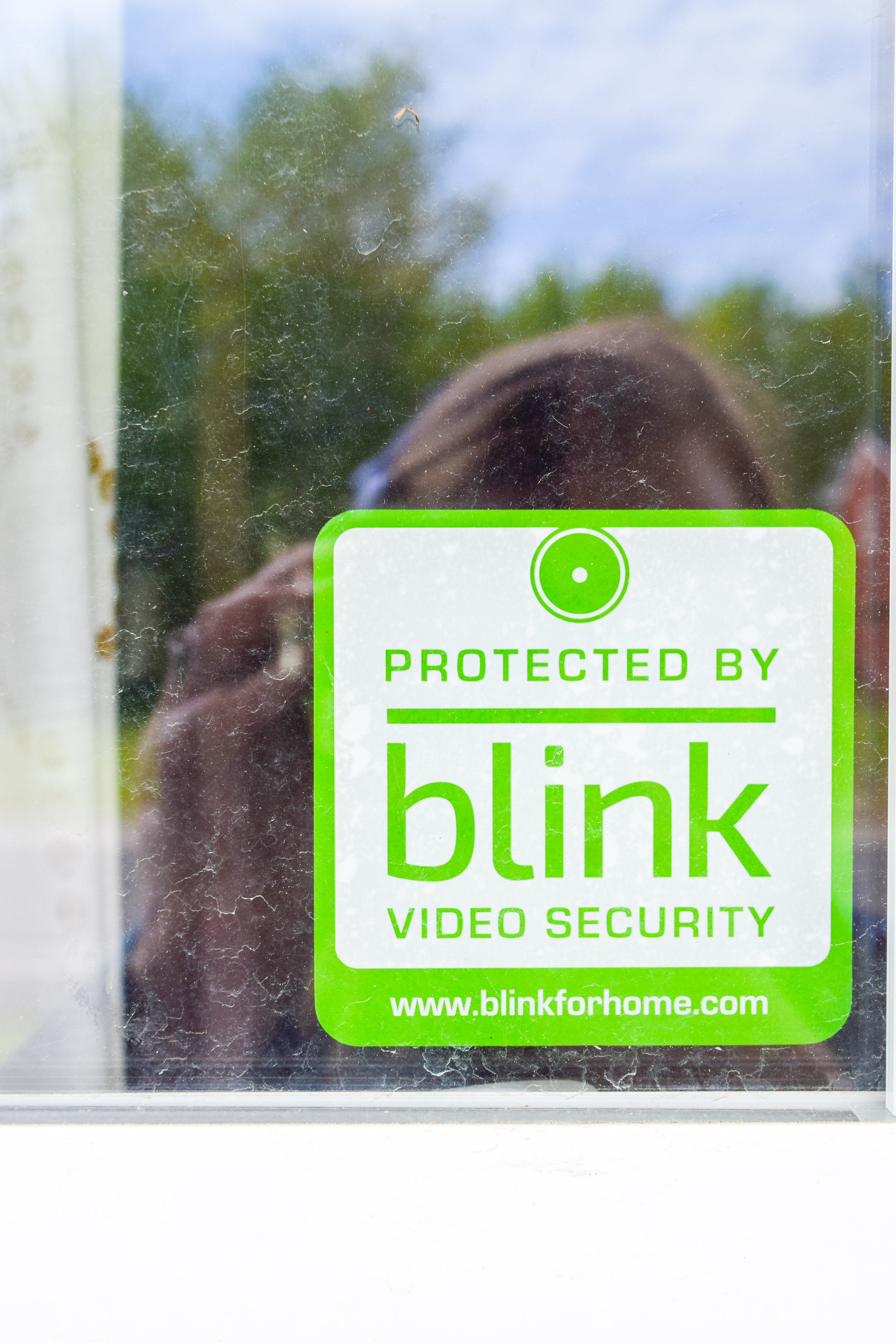 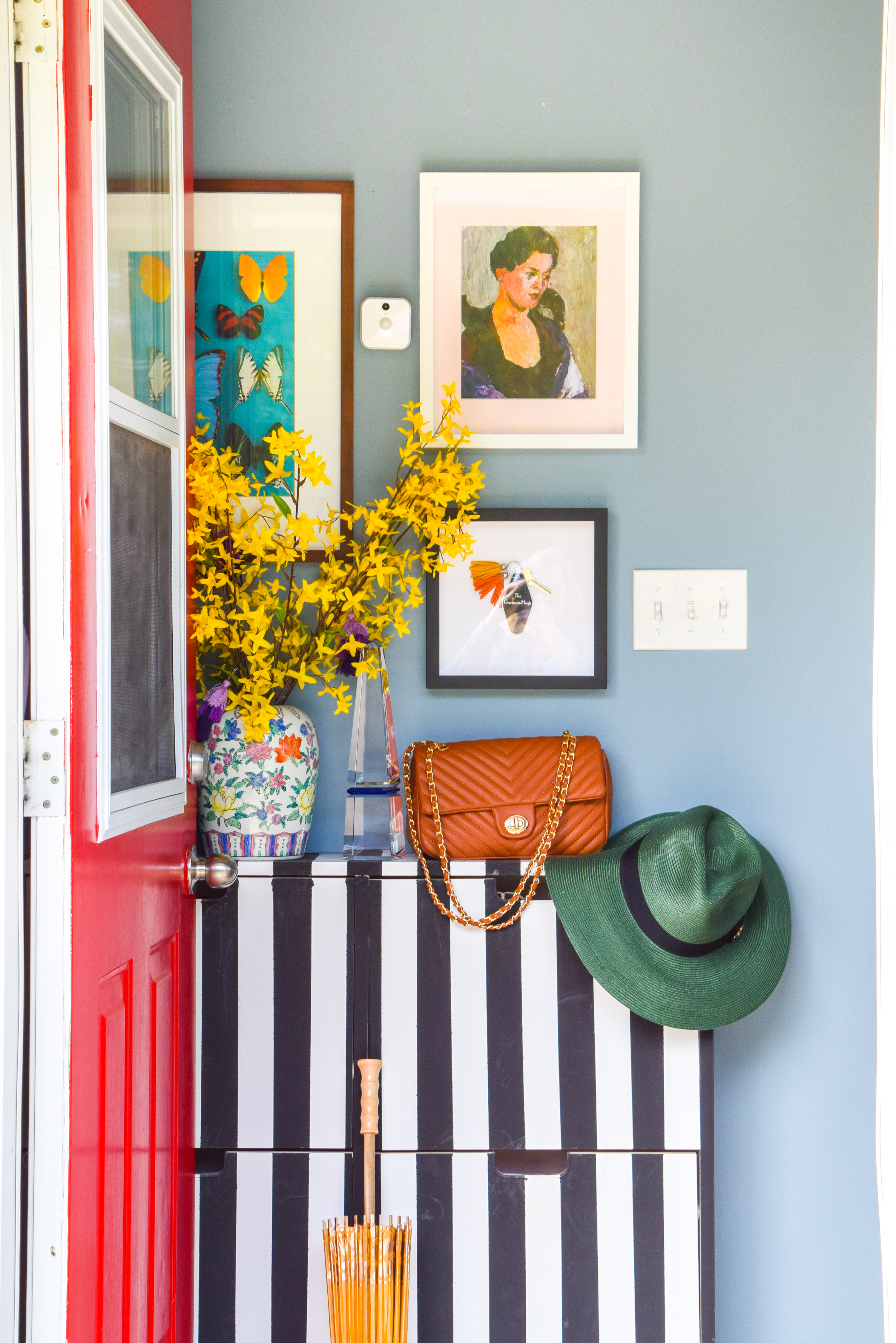 For your system, you need a sync module and then as many cameras as you want. The white ones are indoor cameras, and the black ones are outdoor versions. There are a variety of outdoor colour casings though, so they can blend in a bit more.

Set-up is super simple and only takes a few minutes. We ran into an issue with our Wi-Fi network, but a quick call to customer support helped us sort it out. Turns out, we needed to connect to the second, lower frequency network, that we emit. I didn’t photograph the set-up process because there’s no way to do so without giving away our module’s information, which is obviously a concern. 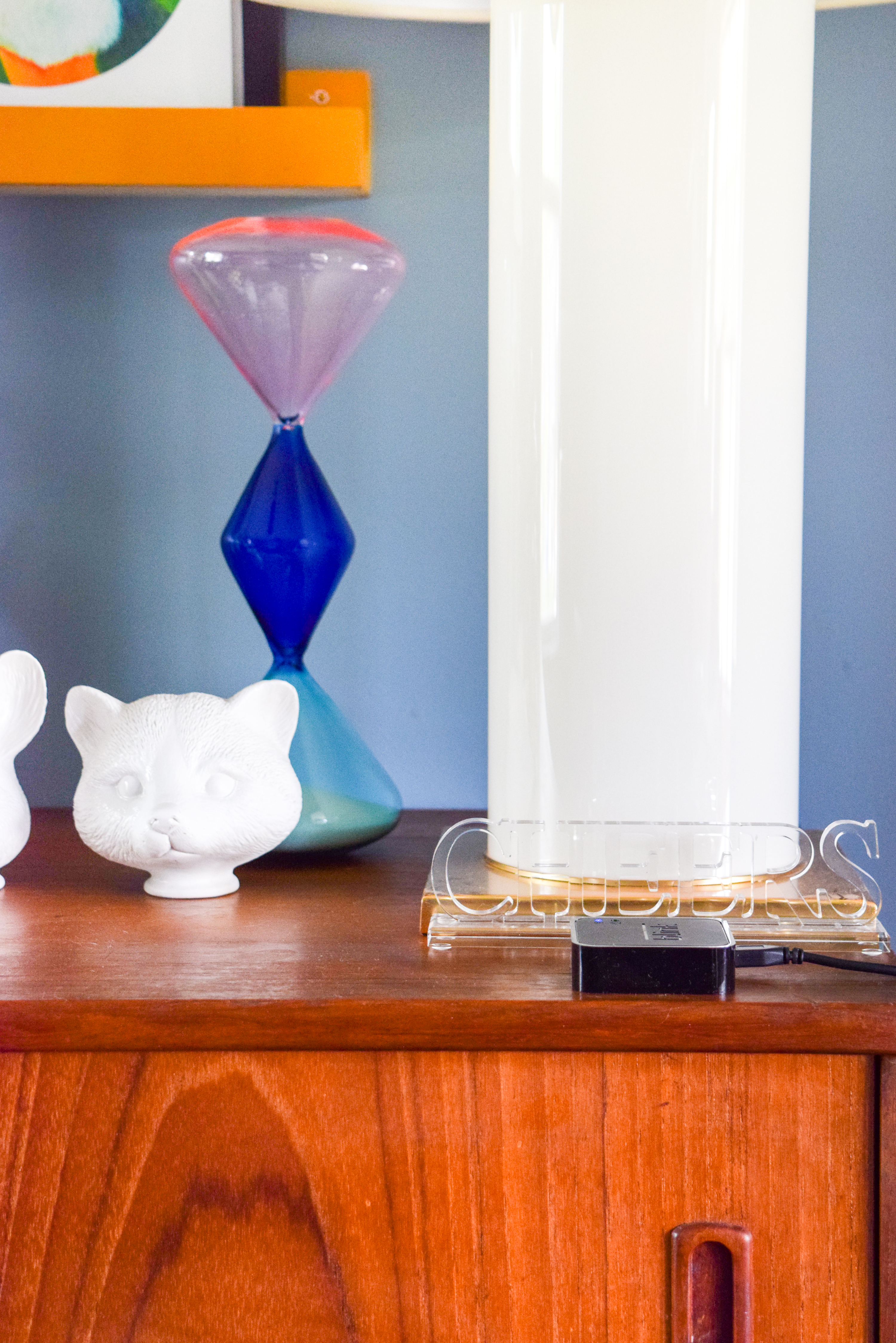 We’ve connected all our cameras to the one module. We placed it in the dining room, away from areas where we might get it wet, trip on it, or have Bruce knock it over.

Once you’ve got your system set-up, you have the ability to watch live feeds through the app on your phone at any time. You can also take photos of the feed, so if someone is trying to break-in, you can record what’s going on AND get a photo of their lovely face. The outdoor ones operate in pitch black as well, so you don’t need to worry about them becoming useless after sun-down.

Oh did I mention? The BEST part is that you can arm the system for motion alerts. The system will record video from which ever camera is tripped up. You can fiddle with the settings to calibrate how sensitive the motion alert is, how long you want it to record for, and more. 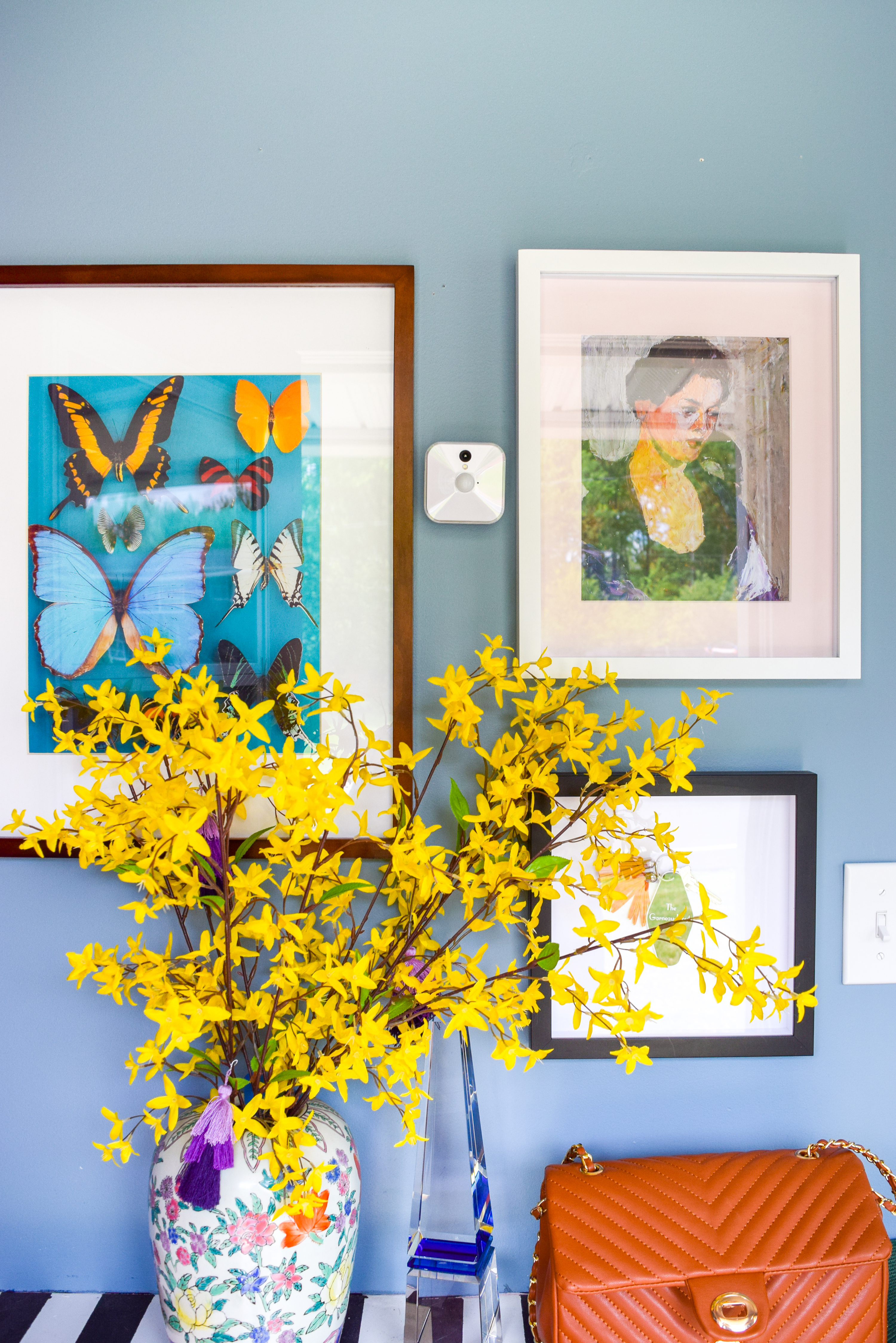 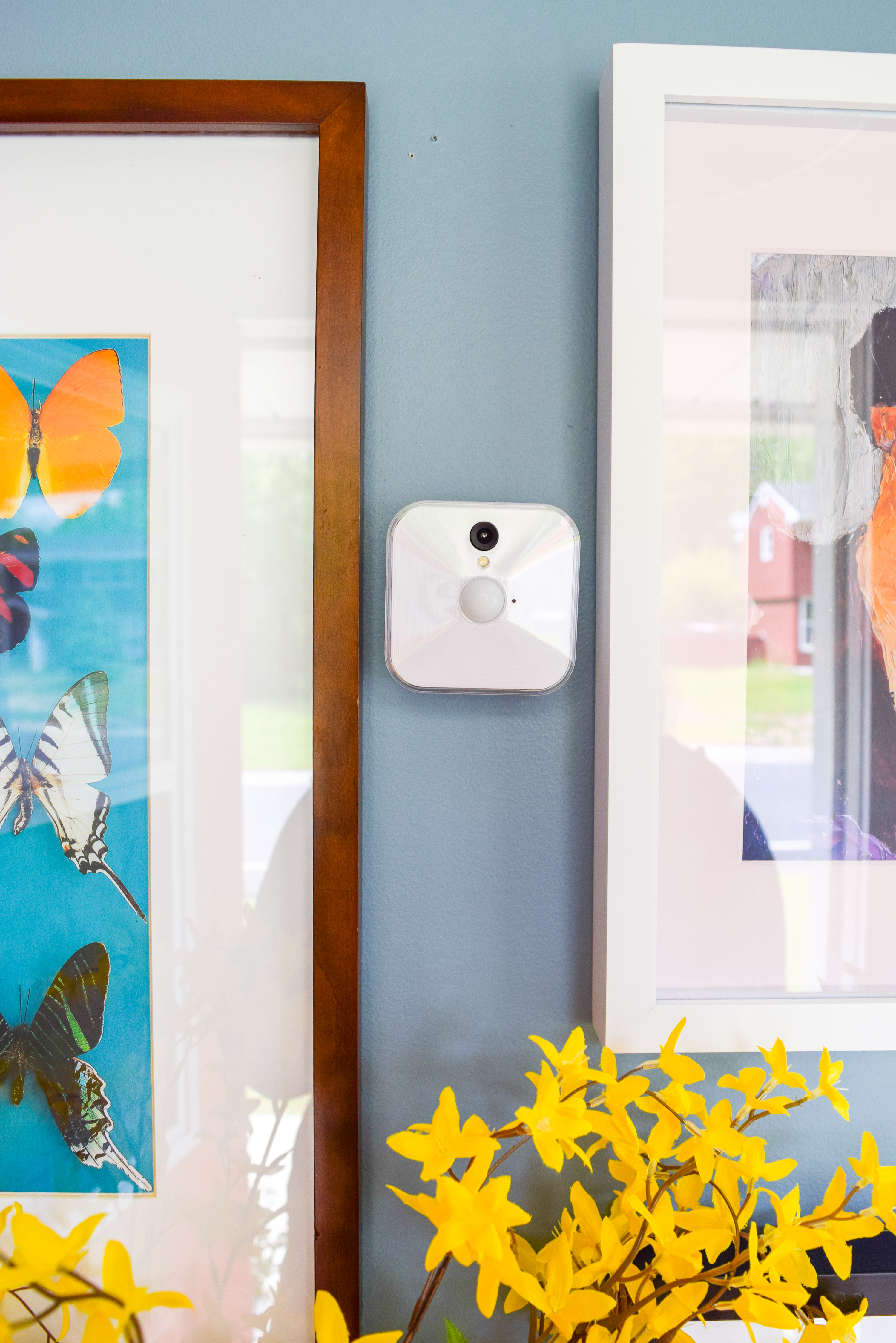 The sleek design, clean look, and discreet size, make them easy to disguise in a gallery wall, in a window frame, or wherever you might want to place one.

Most of our cameras point out, but we’ve got one or two inside so that we can keep an eye on the pets. I’ll have more about that later. In the meantime though, Dan can check up on his bestest good friend at any time of day. This one discreetly in the corner of our built-ins, allows us to capture most of the activity on the first floor.

Bruce has gotten smart to what’s going on, and can tell when we’re watching the feed, because the light shines blue. He tilts his head and looks at us. 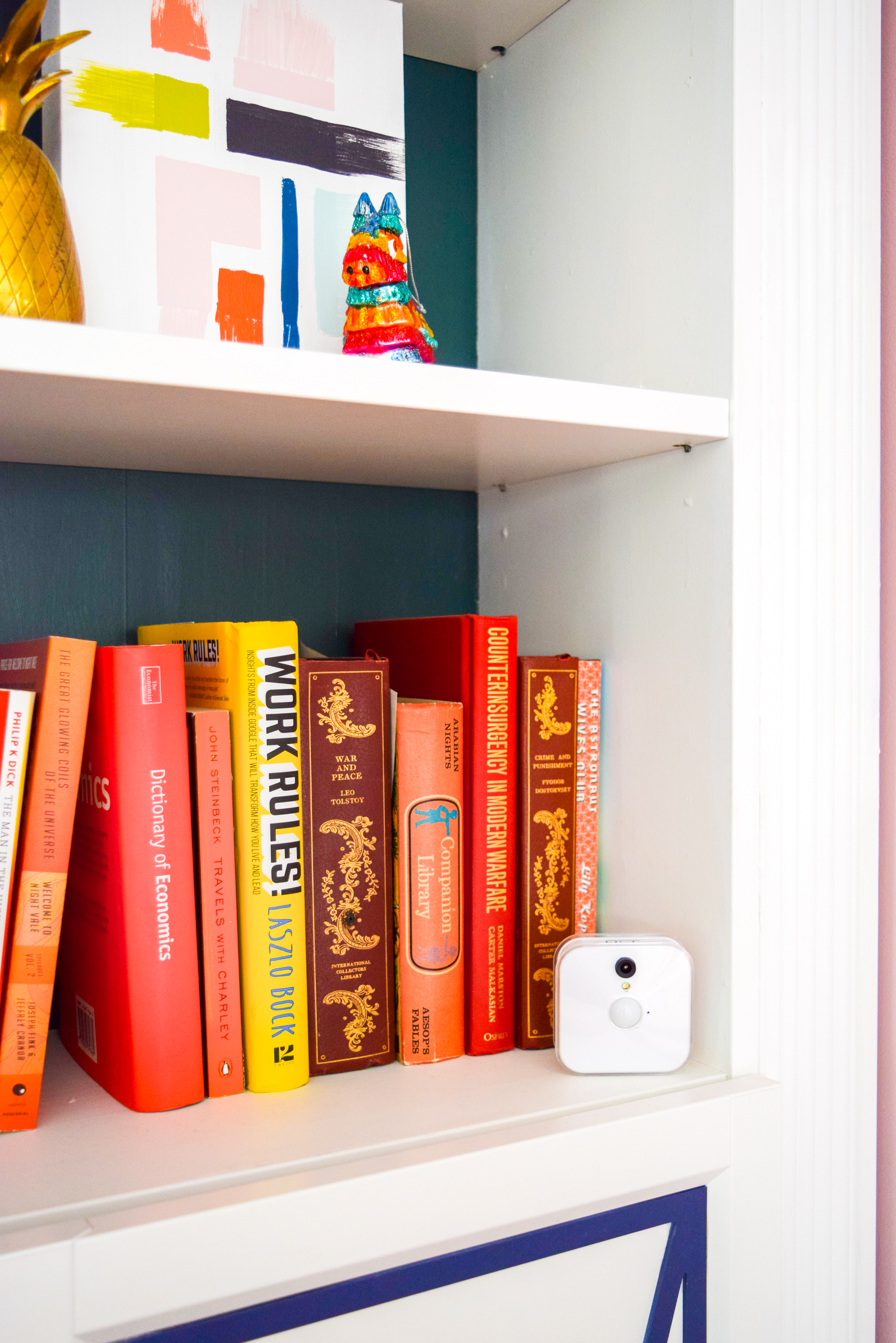 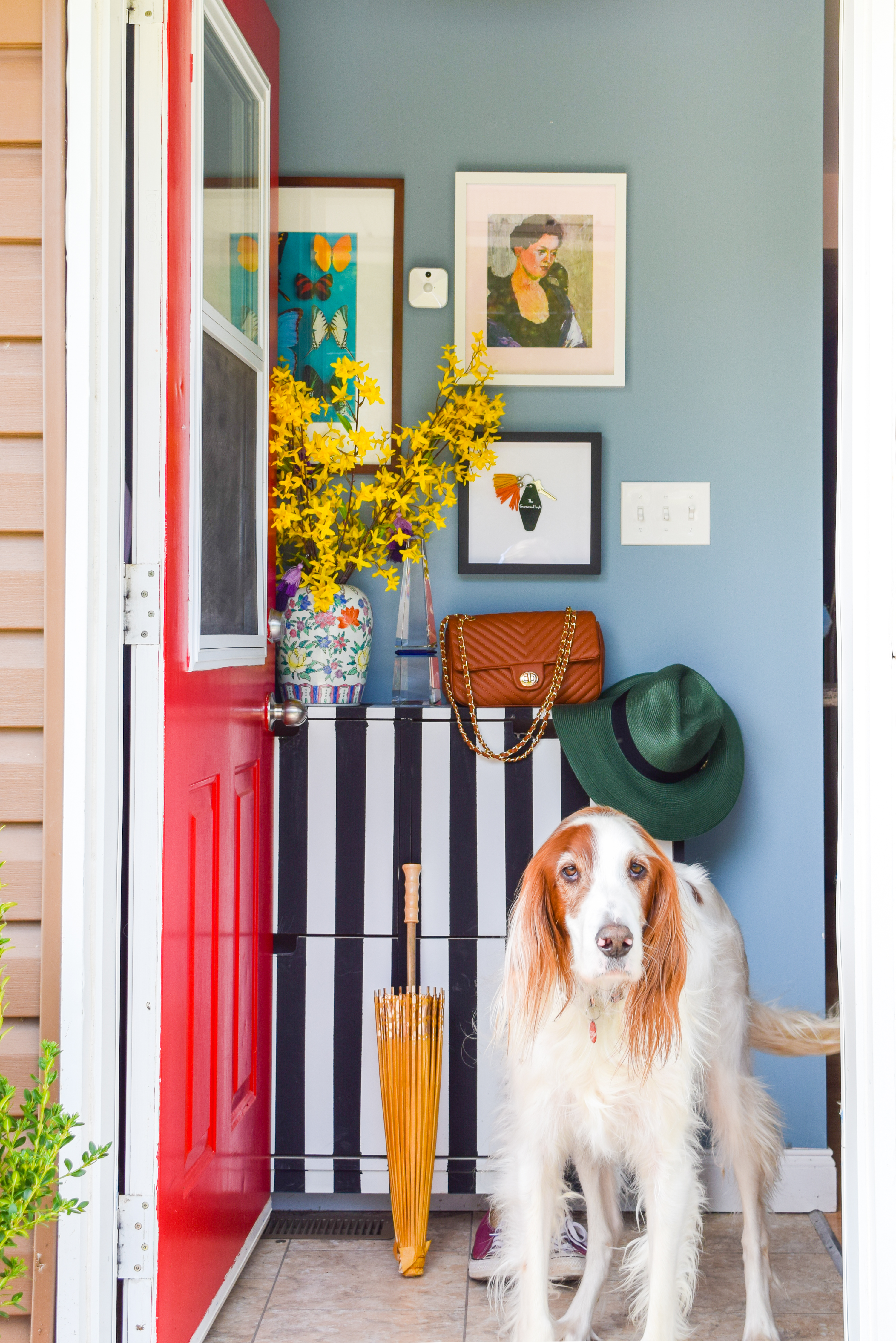 While we calibrated our settings, Bruce also tripped-up the motion sensor a few times, so we’ve received tons of notifications with video of him kicking cushions off the couch, barking in the windows, chasing the cats, etc.

Anyways, we love our system, might be buying another one for the studio, and are very much enjoying the updates with videos of Bruce.

Have you ever thought about a system? Do you have one? What’s stopping you?